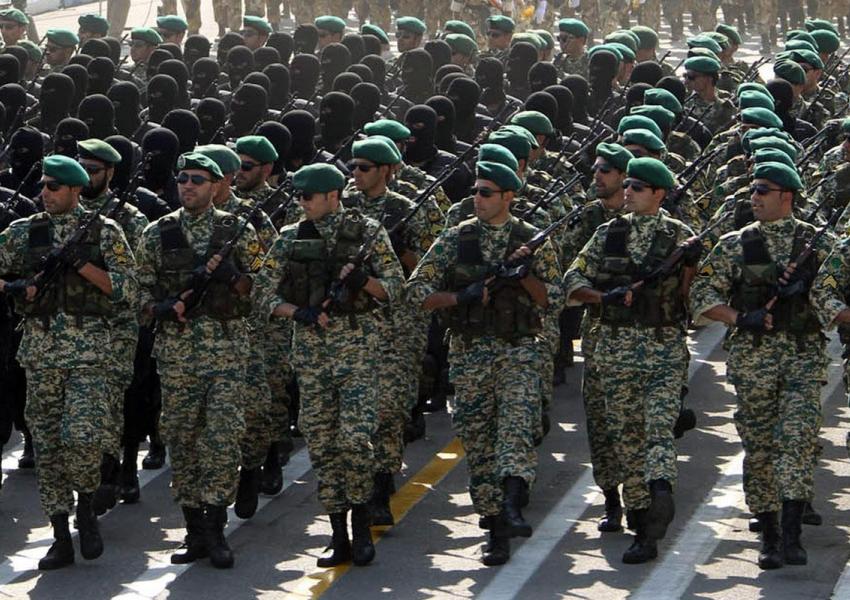 Deputy Parliament Speaker Ali Nikzad on Monday told Fars News Agency that the government’s Planning and Budget Organization had agreed to pay by mid-March 100 trillion [100,000 billion] rials owed to Khatam ol-Anbia Construction Headquarters. The debt, equivalent to $400 million at current market rates, would be paid in a mixture of cash, Islamic treasury security bonds and money from “other sources,” Nikzad explained.

Nikzad said that Khatam ol-Anbia - construction arm of the Revolutionary Guards (IRGC) and one of Iran’s largest contractors - was owed a total of 500,000 billion rials by a variety of government organizations and agencies including municipalities.

The sums reflect Khatam ol-Anbia’s role as the government’s largest contractor, particularly in oil and gas. In January Saeed Mohammad, head of Khatam ol-Anbia, said he had proposed the construction of ten refineries to the Oil Ministry.

On September 15 Oil Minister Bijan Namdar-Zanganeh announced he had sought Khatam ol-Anbia’s help in exporting oil without elaborating on what role the conglomerate might play in circumventing US sanctions, which have reduced Iran’s crude exports to a fraction of the 2.6 million barrels a day exported before Washington imposed draconian oil sanctions in 2018.

The Islamic Revolution Guard Corps receives a regular budget from the government each year. In the 2018-2019 budget year the ITGC received around $5 billion dollars, but it is said that the force also receives other appropriations in secret in addition to its business profits. One overall number cited in the media put the total number at $17 billion.

This year almost half of Iran's budget is unfunded as US sanctions have dried up oil export revenues.

The giant holding firm controls hundreds of companies inside Iran and abroad. Since its inception in 1989 to reconstruct the country after the Iran-Iraq War (1980-1988), it has received thousands of government and private-sector contracts. But its business activities and accounts remain opaque, with no accountability other than to the Supreme Leader, Ayatollah Ali Khamenei, who supervises the IRGC.

Responding to unease - including within the administration of President Hassan Rouhani - over the IRGC’s expanding economic role, Khamenei in 2018 ordered them not to get involved in “irrelevant” economic activities, interpreted at the time to mean Khatam ol-Anbia should concentrate on strategic projects. In any case, the firm bids only for large scale projects, a practice going back to at least 2010, when the then IRGC Commander-in-Chief Mohammad Ali Jafari said Khatam ol-Anbia would not bid for any projects under 1 trillion [1,000 billion] rials.

UN Security Council Resolution 1929, adopted on June 2010 and sanctioning Iran over its nuclear program, cited Khatam ol-Anbia as an entity “controlled, or acting on behalf of” the IRGC. The provisions of UNSC 1929 were lifted by UNSC Resolution 2231 endorsing Iran’s 2015 nuclear deal with world powers and are now caught up in the diplomatic stand-off between the US and other world powers over UN sanctions. Washington has had its own sanctions in place against Khatam ol-Anbia since 2007.

City officials in Iran's capital Tehran are planning to put locks on large waste containers in the streets to prevent garbage pickers from accessing waste. END_OF_DOCUMENT_TOKEN_TO_BE_REPLACED

The Biden Administration has confirmed to the US Congress that sanction imposed by its predecessor on Iran have drastically reduced Iran's trade with the world. END_OF_DOCUMENT_TOKEN_TO_BE_REPLACED

The UK government said on Sept 20 that Britain would "not rest" until all its dual nationals being held in Iran were returned home. END_OF_DOCUMENT_TOKEN_TO_BE_REPLACED