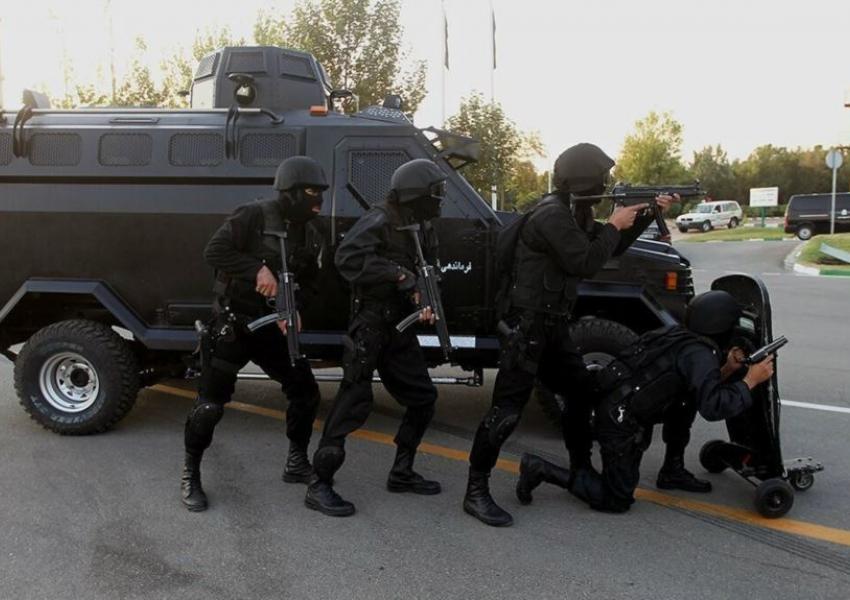 Is Iran’s IRGC Expanding Its Foot In The Police’s Boot?

A senior official of Iran’s Revolutionary Guards (IRGC) on Tuesday [February 16] said the Guards had become “more seriously involved” in domestic security on the instructions of Supreme Leader Ali Khamenei.

“The enemy uses every cleft [to get in and] mess up things in the country so there must be preparation [to counter it],” Acting Commander-in-Chief of the Imam Ali Central Security Headquarters, Brigadier-General Gholam-Hossein Gheybparvar, said during a visit to South Khorasan Province.

Imam Ali Central Security Headquarters is an IRGC unit responsible for the volunteer paramilitary Imam Ali Brigades of the Basij, who are trained as riot police and under IRGC command. The brigades played a big role suppressing urban protests in recent years alongside the Special Unit of the Law Enforcement Forces (NAJA), which according to Iran International analyst Morad Vaisibiame is “as old as dissent in the Islamic Republic.”

Hundreds were killed and thousands arrested in unrest in November 2019 by security forces including IRGC Intelligence, NAJA and the Intelligence Ministry. In a speech in Shiraz on November 26 Gheybparvar, a former commander of the Basij militia, denounced “rioters” and “terrorists.” 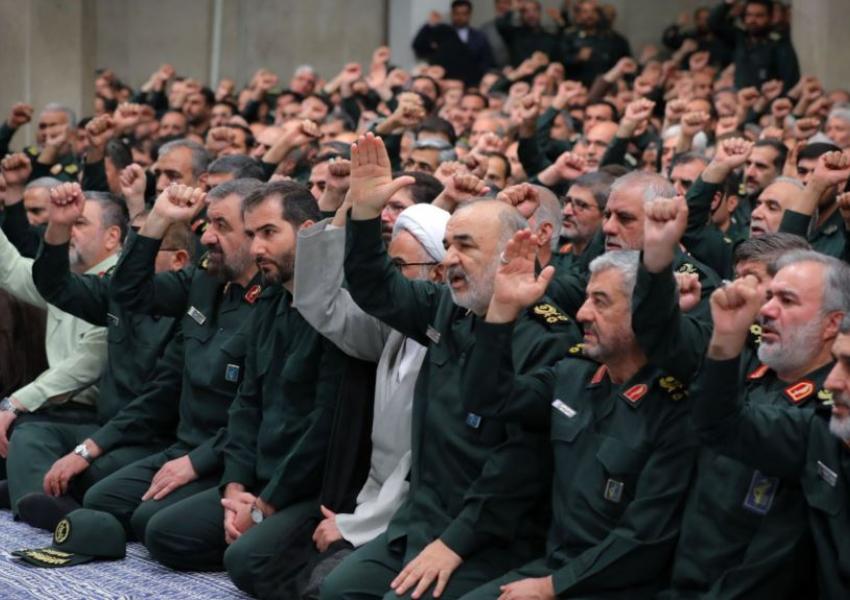 IRGC involvement in homeland security is not without controversy. Some argue the Guards confine their role to military matters and not operate in parallel to NAJA, the general police, or the Intelligence Ministry. But IRGC that has expanded its role into many other spheres argues it should employ a wide understanding of security to counter threats. Iran’s hardliners do not recognize popular protest as a domestic phenomenon and always argue that it is fomented by “enemies” abroad.

“The IRGC is responsible for national security including counter-terrorism and will act against anything that threatens national security and interests,” Kamal Dehghani, a former chairman of the Parliament’s National Security Committee said in January 30 2018. Hence cooperation between the IRGC and NAJA had advantages: “Assisting each other to maintain order and public security doesn’t cream a problem.”

In line with such thinking, the IRGC has expanded its Razaviyoun Security Patrols in several provinces, including Tehran Province, since the November 2019 unrest. Razaviyoun are basically neighborhood patrols that operate alongside, or in parallel to, the police with authority to set up checkpoints and search people or vehicles.

In May 2019, the IRGC and NAJA agreed a memorandum on Razaviyoun patrols stipulating they should always operate alongside and in conjunction with NAJA patrols. The reformist Zeitoon website ran an article in September − headlined Razaviyoun: IRGC’s Foot in NAJA’s Shoe – suggesting the memorandum was being flouted.

“It not far-fetched to think that the IRGC’s new arm (Razaviyoun) starts with working in parallel and ‘in cooperation’ with NAJA and gradually pushes it back to become main law enforcement body in the area of urban security,” the website noted.

City officials in Iran's capital Tehran are planning to put locks on large waste containers in the streets to prevent garbage pickers from accessing waste. END_OF_DOCUMENT_TOKEN_TO_BE_REPLACED

The Biden Administration has confirmed to the US Congress that sanction imposed by its predecessor on Iran have drastically reduced Iran's trade with the world. END_OF_DOCUMENT_TOKEN_TO_BE_REPLACED

The UK government said on Sept 20 that Britain would "not rest" until all its dual nationals being held in Iran were returned home. END_OF_DOCUMENT_TOKEN_TO_BE_REPLACED