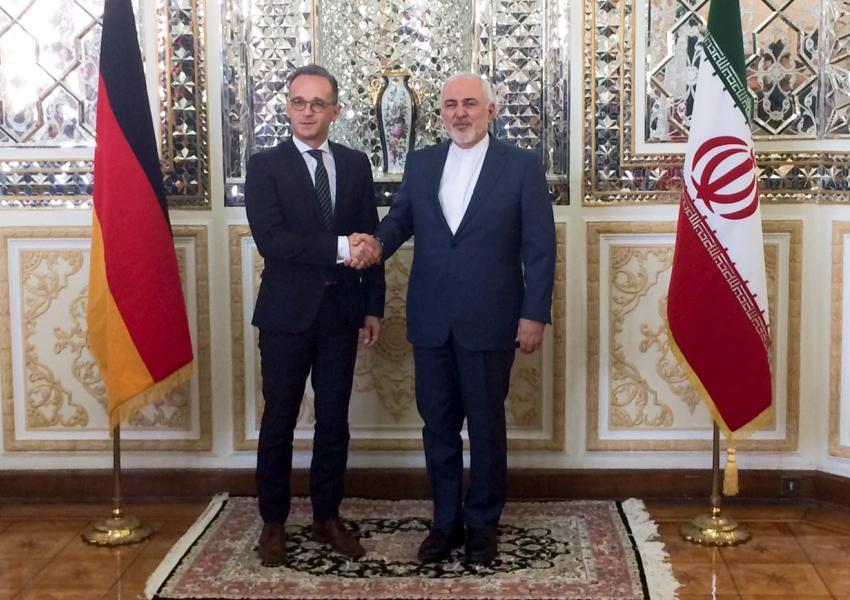 German Appeasement Of Khamenei Endangers Iranians And The World

By Benjamin Weinthal and Ellie Cohanim

Back in 2008, the Wall Street Journal ran an editorial titled “Germany Loves Iran” and a piece headlined “Berlin ♥ Iran III” that covered workshops designed to help companies boost trade with the Islamic Republic.

The editorials explained why the “Islamic Republic is so much in vogue” in Germany.

Fast-forward 13 years and one sees that the German government’s infatuation with the clerical regime in Tehran has only gotten worse, and this at the expense of German citizens and repressed Iranians.

Chancellor Angela Merkel’s administration remains disturbingly unconcerned about the Iranian government’s kidnapping of German citizen Jamshid Sharmahd because he opposes the Islamic Republic. He has been held largely incommunicado since his abduction a little over a year ago during a visit to the United Arab Emirates.

Jamshid’s daughter Gazelle appealed on Twitter to the German foreign ministry and to Roger Carstens, the special presidential envoy for hostage affairs at the U.S. State Department, to not turn “a blind eye anymore” to her father’s situation, whose health is worsening due to Parkinson’s disease. Mr. Sharmahd is a legal resident of California. 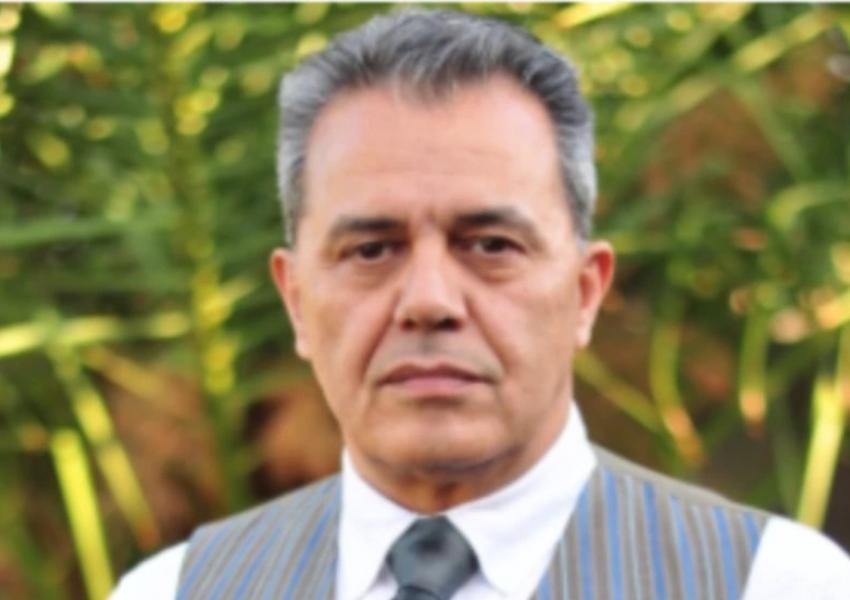 When we submitted questions to Michaela Engelmeier, a former member of the Bundestag for the German Social Democratic Party, about her SPD party’s largely pro-Iranian regime policies, she refused to answer and blocked one of us on Twitter.

Gazelle wrote about Engelmeier: “Wondering if these people think they can also easily block the consequences of supporting policies that allow crimes against humanity such as terror, torture, kidnapping or execution in real life?”

The Social Democratic Party controls the foreign ministry and its chief diplomat, Heiko Maas, has sent high level representatives to Tehran’s embassy over the years to celebrate the 1979 Islamic Revolution.

To make matters worse, the Social Democratic president of Germany, Frank-Walter Steinmeier, sent a congratulatory telegram to then-Iranian President Hassan Rouhani in 2019,  “in the name” of the German people, on the occasion of the 40th anniversary of the radical Islamic Revolution. Merkel did not object to her coalition partner’s celebration of Iran’s revolution or to Steinmeier’s congratulatory telegram.

Mariam Claren tweeted that her mother “did not commit any crime. Unless freedom of speech, freedom of thought are illegal.”

Claren retweeted a message from lawyer Mostafa Nili saying that a Revolutionary Court sentenced Taghavi and a British-Iranian man, Mehran Raouf, for allegedly running an “illegal group” and spreading “propaganda against the system.” 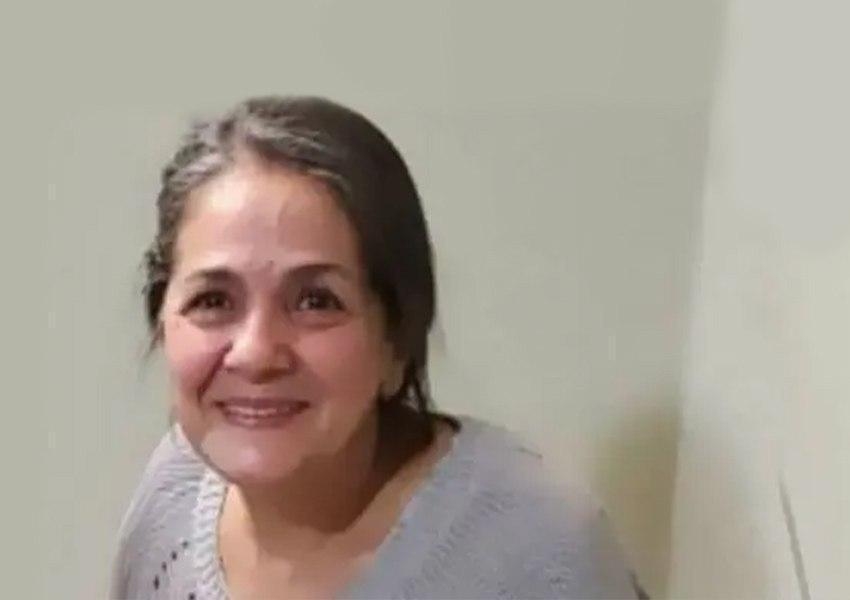 If Berlin seeks to secure the release of the two innocent Germans, it could start to flex its economic muscles and begin to slash trade with Iran’s regime. Over the decades, Germany has remained the regime’s most important European trade partner.

Merkel’s administration has gone as far as to fail to object to “dual-use” military and civilian technology being sold to Iranian businessmen. As a result, a German company sold technology that was incorporated in Iranian-produced rockets used in chemical attacks in Syria that poisoned dozens of civilians, including children, in 2018. The company logo of the Krempel firm and the “Made in Germany” product signature were found at the chemical attack sites, the German paper Bild reported at the time.

The German government’s Federal Office for Economic Affairs and Export Control (BAFA) had green-lighted a deal for Krempel, located near Stuttgart, in the southern German state of Baden-Württemberg, to sell the military-applicable technology to two firms in Tehran, the paper noted.

As one of the European Union’s biggest exporters to Iran, Germany has powerful leverage over the Islamic Republic’s wobbly economy. But Berlin refuses to use its economic might to secure the freedom of German nationals because it prioritizes commerce over human rights.

Other glaring examples of Germany’s romance with Iran’s regime can be seen in the Baden-Württemberg city of Freiburg and the northern city-state of Hamburg.

Freiburg has a twin-city partnership with the clerical regime-controlled Isfahan.

Dr. Kazem Moussavi, a prominent Iranian dissident in Germany, recently took a controversial state employee, Michael Blume, who is responsible for the fight against antisemitism in Baden-Württemberg, to task for viewing Freiburg’s relationship with Isfahan as a “normal thing.”

Moussavi said, “Mr. Blume should call on those in Freiburg responsible to end the city partnership with Isfahan.”

Blume, who was accused last month of spreading antisemitism on social media by the Los Angeles-based human rights organization the Simon Wiesenthal Center, refused to respond to our queries about Moussavi’s statement.

The Iranian regime engages in what one of has termed an “obsessive antisemitism” with their Holocaust denial as state policy, genocidal desire to “eliminate Israel” and proxy activity via terror groups Hamas, Hezbollah and Palestinian Islamic Jihad--all targeting the Jewish state.

Moussavi has gone to great lengths over the years to expose the regime’s crimes against humanity and lethal antisemitism despite the fact that according to German state intelligence agencies, Iran runs an extensive espionage network in the Federal Republic. Thus, Moussavi is risking his life to expose the indifference in Germany to Iranian regime-sponsored terrorism and antisemitism.

Moussavi said the city partnership represents a “danger not only for the German state of Baden-Württemberg, but also for the security and democracy of Germany.”

The mayor of Freiburg, Martin Horn, refuses to pull the plug on the city partnership. Baden-Württemberg’s governor, Winfried Kretschmann, and interior minister, Thomas Strobl, remain indifferent to the highly dangerous and antisemitic partnership.

Baden-Württemberg has an unsavory history of electing leaders who tolerate antisemitism. After the Second World War, the former Nazi navy judge Hans Filbinger, who executed German military defectors, was elected governor in the 1960s and 1970s.

Moussavi noted that the regime in Isfahan represses its tiny Jewish population.

“The mullahs are using this city partnership for the goals of spreading their ideology and antisemitism,” Moussavi said.

In contrast to Blume, Stefan Hensel, the new antisemitism commissioner for the city-state of Hamburg, urged in June that the city authorities shut down Ali Khamenei-controlled Islamic Center of Hamburg. In January 2020, supporters used the Center to mourn death of mass murderer Qasem Soleimani, the former commander of the Iranian Revolutionary Guards’ Quds Force.

The Green party and Social Democratic coalition government oppose the closure of Khamenei’s base in Hamburg.

Sadly, Germany continues to coddle and pamper the world’s top-state sponsor of international terrorism, the Islamic Republic, according to both Democratic and Republican US administrations. Germany needs to stop prioritizing trade deals with the Islamic Republic over the human rights of its citizens and the dire plight of Iranians.

Benjamin Weinthal is a fellow at the Foundation for Defense of Democracies. Follow Benjamin on Twitter @BenWeinthal. Ellie Cohanim served as U.S. Deputy Special Envoy to Combat Anti-Semitism and was the State Department’s first Iranian-born Envoy. Ellie is a senior fellow at the Center for Security Policy. Follow her on Twitter @EllieCohanim.

Iran's president Ebrahim Raisi addressed the UN General Assembly saying his country wants a resumption of nuclear talks with world powers to lead to the removal of US sanctions. END_OF_DOCUMENT_TOKEN_TO_BE_REPLACED

President Joe Biden told the UN General Assembly on September 21 that he will prevent Iran from getting nuclear weapons. END_OF_DOCUMENT_TOKEN_TO_BE_REPLACED

India has seized nearly three tons or $2.72 billion worth of Afghan heorin shipped from Iran. END_OF_DOCUMENT_TOKEN_TO_BE_REPLACED

Iran's foreign ministry spokesman has said that nuclear talks with world powers will start in a few weeks but has not given a firm date. END_OF_DOCUMENT_TOKEN_TO_BE_REPLACED