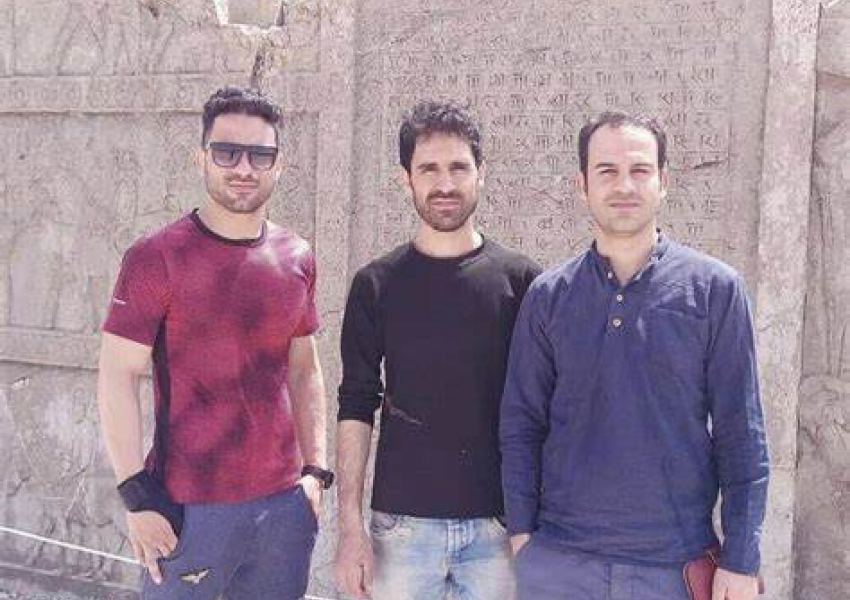 Saeed Afkari, brother of the wrestler Navid Afkari, was arrested Sunday on the first anniversary of this brother’s execution, the 1500tasvir Twitter account has said.

The account, which has 26,000 followers and has been active since November 2020, said six plainclothes security agents assaulted Saeed Afkari when he arrived in Shiraz and took him into custody.

1500tasvir also said Saeed Afkari’s sister Elham, who tried to prevent her brother's arrest, was beaten up. The two had travelled to Shiraz for the anniversary of their brother's execution.

On Saturday, Fars News, which is affiliated to Iran’s Revolutionary Guards published a new video of Navid Afkari confessing to the murder of a water company security guard, for which he was subsequently executed. The Afkari family, their lawyer and human rights defenders, as well as Afkari himself during his trial said that the confession was taken under torture. Iran’s state-controlled media often show self-incriminating confessions by prisoners.

A video showing Navid Afkari confessing to killing the government employee was aired by Iranian state television (IRIB) on September 5, 2020, a week before his execution. Afkari said he had killed Hasan Turkman "to settle personal accounts." The IRIB program included a reconstruction of the murder with Navid's participation. 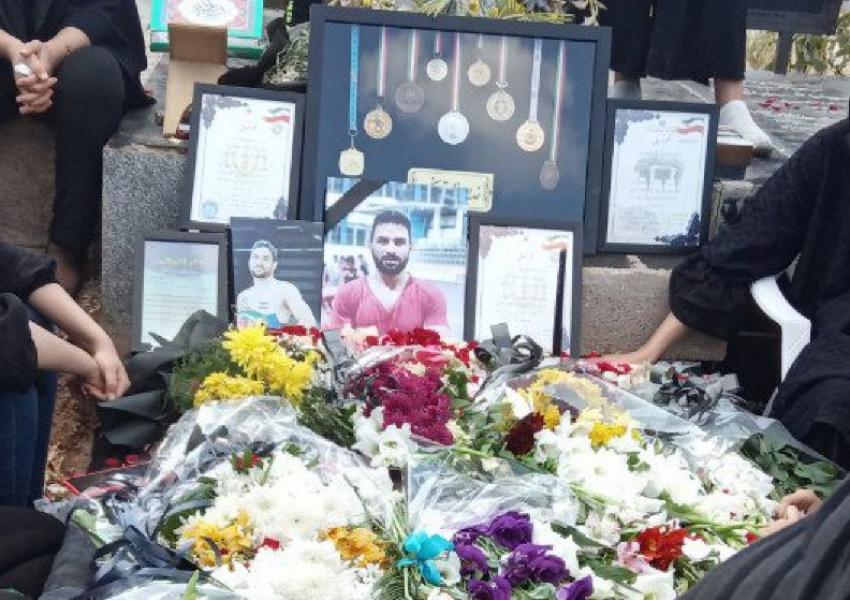 Saeed Afkari Tweeted September 10 that security forces had threatened the family not to hold a memorial on the anniversary of Saeed Afkari’s death. The account has been disabled since Saeed's arrest.

In court, Afkari denied any role in killing Turkman. The defense lawyer Ali Younesi claimed there was no evidence to link him, or his brothers, to the murder, and in an audio file sent from prison three weeks before his execution, Afkari claimed the prison medical examiner and eyewitnesses had confirmed that he had been tortured to secure the confession.

Two days after Navid's execution, eyewitnesses told Iran International that he might have died of torture rather than execution. They claimed they had seen signs of beatings on Navid's face, including a broken nose, before he was buried. They said Afkari’s family was allowed to see only Navid’s face, and not the rest of his body, before the burial.

Navid Afkari and two of his brothers, Vahid and Habib, were arrested in Shiraz in August 2018 following anti-government protests. The brothers were charged with various crimes including attending illegal gatherings, conspiracy to commit crimes against national security, and insulting the supreme leader.

Navid Afkari was sentenced to two death sentences, one for the murder of the government employee and another for "taking up arms against the regime," as well as six-and-a-half years in prison, and 74 lashes.

The Afkari family have reported harassment and threats by security forces, and desecration of Navid’s grave when they refused to install a tombstone approved by security.

Iran's president Ebrahim Raisi addressed the UN General Assembly saying his country wants a resumption of nuclear talks with world powers to lead to the removal of US sanctions. END_OF_DOCUMENT_TOKEN_TO_BE_REPLACED

President Joe Biden told the UN General Assembly on September 21 that he will prevent Iran from getting nuclear weapons. END_OF_DOCUMENT_TOKEN_TO_BE_REPLACED

India has seized nearly three tons or $2.72 billion worth of Afghan heorin shipped from Iran. END_OF_DOCUMENT_TOKEN_TO_BE_REPLACED

Iran's foreign ministry spokesman has said that nuclear talks with world powers will start in a few weeks but has not given a firm date. END_OF_DOCUMENT_TOKEN_TO_BE_REPLACED