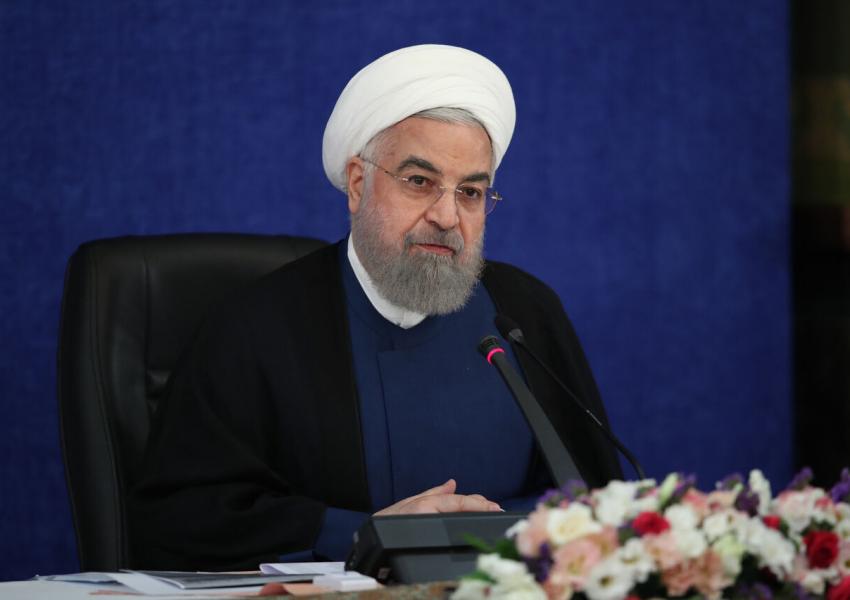 President Hassan Rouhani's final speech as the Islamic Republic's chief executive on Sunday, August 1, drew negative comments on both social media and traditional media outlets. But what was particularly notable in his speech was a comment about the reason for former US President Donald Trump's withdrawal from the 2015 nuclear deal with Iran as a significant revelation that was long overdue due to the Iranian politician's secretive nature.

Rouhani for the first time in two years admitted that Israeli agents stole Iran's nuclear secrets and handed them over to Trump. Subsequently, he said, Trump pulled out of the deal also called the Joint Comprehensive Plan of Action (JCPOA).

In September 2018, former prime minister Benjamin Netanyahu revealed at the United Nations that Israel had stolen a large secret archive of Iran’s nuclear activities before 2003 that allegedly showed a nuclear weapons acquisition program.

Previously, members of the Rouhani administration, including the foreign ministry spokesmen, Foreign Minister Mohammad Zarif and Deputy Foreign Minister Abbas Araghchi, not only had denied the report about the compromised nuclear secrets, but they also ridiculed -then- Israeli Prime Minister Benjamin Netanyahu and claimed that somebody must have pulled his leg.

The Iranian press reacted to Rouhani's farewell speech on his two terms in office in their Monday morning editions. Curiously, reformist news outlets that usually supported Rouhani either ignored the speech or did not give it due prominence.

IRGC-affiliated newspaper Javan's editors seized the opportunity to vent their frustration about the Rouhani administration by featuring a whole-page picture of him, and a headline in only one word in Persian: "Raft," meaning "He's gone!"

As if this treatment was not bad enough as a farewell to Rouhani, the most hardline newspaper of the Islamic Republic, Vatan-e Emrooz, chased Rouhani with a picture of him and his cabinet with the unusually large headline: "We neither forget, nor we will forgive".

Hardline Kayhan, affiliated with the office of Supreme Leader Ali Khamenei, which has been lashing out at Rouhani in the past two weeks for its advocacy of the nuclear deal, in its Monday's front page called it "The government of hope and trust in America;" a label that would have been a sign of opposition to Rouhani's policies until Sunday, but now that he is out of office is a damning and incriminating characterization.

Meanwhile, the Kayhan criticized Rouhani for making promises that he never tried to meet. The daily also wrote that Rouhani leaves office in 2021 while the country is in a much worse situation than in 2013 when he first set foot in the presidential palace.

Khorassan, another newspaper linked to Khamenei's office said Rouhani's apology for his government's shortcomings was not serious.

On social media, some 16,000 Iranian Twitter users used the Persian hashtag halalet nemikonim (We won't forgive you) within an hour on Monday morning to express their view about Rouhani.

Meanwhile, many Telegram and Twitter users portrayed Rouhani and his administration in a light different from what he would have liked. Iranian journalist Reza Haqiqatnejad named Rouhani and ten of his ministers and vice presidents, calling them symbols of impudence, hypocrisy, murder, vulgar flattery and the like. The post was liked by more than 4,700 users within a day and several of the 120 users who commented on the post said that all the ten negative attributes mentioned in the post applied to all of the members of the Rouhani administration.

Iran's currency has dropped to its lowest level in one year due to pessimism over the chances of success in nuclear talks with the West. END_OF_DOCUMENT_TOKEN_TO_BE_REPLACED

A French presidency official has told reporters that Iran must return to nuclear talks with world powers to avoid an escalation. END_OF_DOCUMENT_TOKEN_TO_BE_REPLACED

Iran has rejected a US call to grant UN inspectors access to a nuclear site, saying Washington was not qualified to demand inspections without condemning a sabotage attack on the facility END_OF_DOCUMENT_TOKEN_TO_BE_REPLACED

The head of Iran's atomic energy organization, Mohammad Eslami, has arrived in Moscow for talks with the chief executive of Russian state nuclear firm Rosatom. END_OF_DOCUMENT_TOKEN_TO_BE_REPLACED