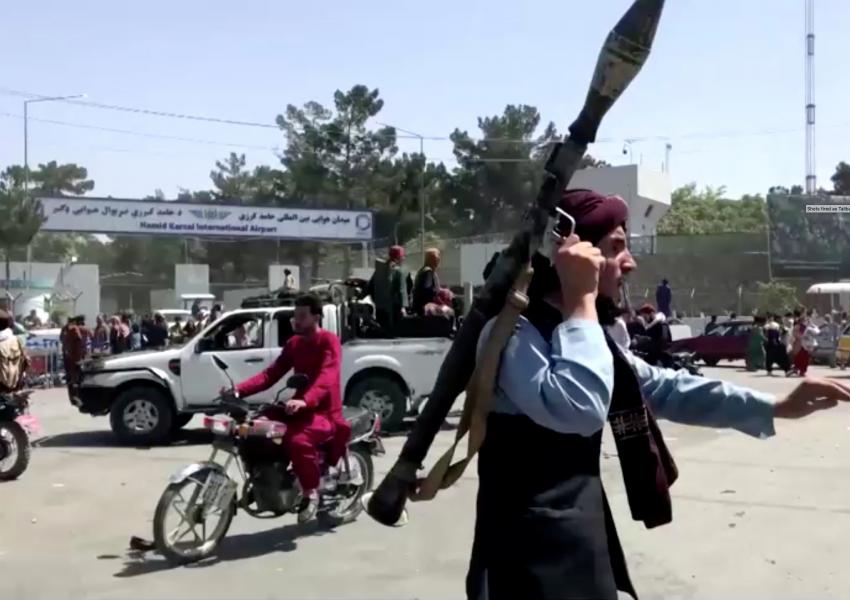 Over 100 prominent Iranian figures have denounced Taliban rule in Afghanistan and urged the Iranian government to offer widescale asylum, with the assistance of the United Nations refugee agency. Their statement, dated August 19 and published by Iranian media Friday, urged authorities to “promptly plan” for receiving refugees. “In addition to recognition of the right of Afghans whose life is in danger to seek asylum, we also urge the government of Iran to take measures to offer urgent residence permits to Afghan civil and cultural activists…forced to leave," the statement read.

Among 130 reformist politicians, journalists and activists signing the statement was Mohammad-Reza Khatami, former secretary-general of the banned Islamic Iran Participation Front (Mosharekat), the main Iranian reformist party. Other political groups, including the National Front of Iran (Jebhe-ye Melli-ye Iran) founded by Prime Minister Mohammad Mosaddeq in 1949 and smaller nationalist-religious groups known as melli-mazhabi, have criticized some groups within the Iranian government which the statement alleged "have been trying to whitewash [the image of] the Taliban and Talibanism".

Some in Tehran, as well as officials in Russia and China, have portrayed the collapse of the previous Afghan government as a defeat for the US while remaining wary of the country’s new rulers. The US withdrawal followed the 2020 agreement between the Trump administration and the Taliban based on a quid pro quo of US military withdrawal in return for Taliban assurances not to allow bases for groups like al-Qaeda and the Islamic State (Isis/Daesh).

Iran’s activists have highlighted the humanitarian situation. One group launched an online petition Thursday with a letter to the Secretary of Iran's Supreme National Security Council Ali Shamkhani urging the council to provide refuge.

UNHCR, the UN refugee agency, on August 13 expressed alarm over the effects of conflict in Afghanistan and urged the country's neighbors to keep their borders open. Iran has tightened its crossings in the past few days, arguing the situation in Afghanistan is stabilizing and that there is a danger of spreading Covid-19.

Tehran has long argued that, especially under US sanctions, it receives inadequate support for the 700,000 registered Afghan refugees it already hosts. Many of the refugees fleeing from Afghanistan belong to the Shiite minority. Most already in Iran are Shiite Hazaras, reflecting the Taliban’s anti-Shiism.

But some hardliners in Iran now argue that the Taliban has changed and are no longer using violence against Shiites. Amnesty International on Thursday said the Taliban had massacred nine ethnic Hazara men after taking control of Ghazni last month and urged the UN Security Council to adopt an emergency resolution demanding that the Taliban respect international human rights law, and ensure the safety of all Afghans regardless of their ethnic background or religious beliefs.

Iran's Red Crescent (IIRC), in a field report from Milak-Zaranj border crossing published on its website Saturday, said it had prepared tents and other accommodation, food and emergency healthcare including Covid testing for several thousand refugees. It confirmed that Iran's interior ministry and border guards were detaining Afghan refugees and busing them back across the border within a few hours from their arrival.

Mehdi Mahmoudi, an interior ministry official, said Thursday that reports about new camps in Iran for Afghan refugees were "mere rumors" and warned Afghans not to believe them.

Some Afghan government troops have fled to Iran. Javad Heydarian, an Iranian journalist, in a tweet Friday said according to “a reliable source” Iranian authorities and the Taliban had organized the return of Afghan army soldiers in Zabol, a city in Iran’s Sistan-Baluchestan province, for Saturday. Heydarian claimed there was “a possibility of their massacre.”

Iran's currency has dropped to its lowest level in one year due to pessimism over the chances of success in nuclear talks with the West. END_OF_DOCUMENT_TOKEN_TO_BE_REPLACED

A French presidency official has told reporters that Iran must return to nuclear talks with world powers to avoid an escalation. END_OF_DOCUMENT_TOKEN_TO_BE_REPLACED

Iran has rejected a US call to grant UN inspectors access to a nuclear site, saying Washington was not qualified to demand inspections without condemning a sabotage attack on the facility END_OF_DOCUMENT_TOKEN_TO_BE_REPLACED

The head of Iran's atomic energy organization, Mohammad Eslami, has arrived in Moscow for talks with the chief executive of Russian state nuclear firm Rosatom. END_OF_DOCUMENT_TOKEN_TO_BE_REPLACED