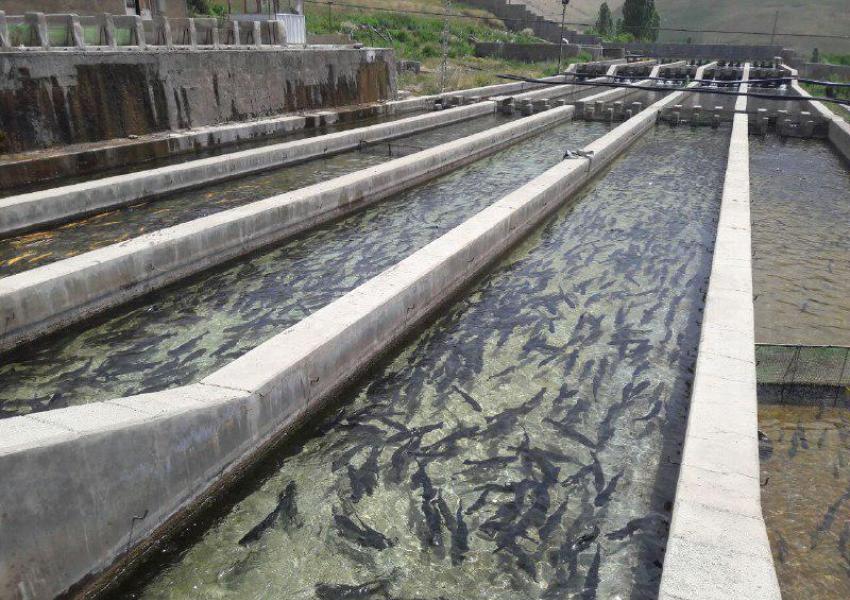 Industry Official Warns About Disruption In Food Production Amid Outages

"The disorder and chaotic situation may cause more food production factories to shut down," Naghashi said. He urged both parliament and the security forces to investigate the power cuts and resulting interruptions in water supplies. Naghashi argued that the law required that industrial and agricultural enterprises be given priority in supplies of power, gas, and communications.

Power outages, often not announced in advance, hit Tehran, Mashhad, and Tabriz in late December. In January, Naghashi warned that consumers would soon face shortages and higher prices due to the breaks in food production.

Many trout farmers have reported fish dying due to a lack of oxygenation of water in ponds. An official of the Fish Farming Industries Union, Arash Nabizadeh said in May that 90 percent of the fish had perished in some farms, with some farmers unable to afford emergency generators as the price quickly quadrupled when outages began.

A slump in fish farming could increase unemployment. Trout and rainbow trout farming have been among the fastest-growing food industries in Iran. According to World Food Organization's Statistical Yearbook 2020, Iran harvested around 400,000 tons of farmed fish in 2018.

Electricity cuts since January have resulted from growing consumption, a drop in generation due to drought affecting hydro-electric power, wastage in the grid and rising illegal cryptocurrency mining. In May the government banned all cryptocurrency mining, including licensed operations, for four months.

Iran has for many years been a significant exporter of electricity, including to Iraq, Turkey, Afghanistan, and Pakistan. Since 2004, Iran has exported 65 billion kilowatt hours of electricity to Iraq worth $6.2 billion, of which $1 remains unpaid apparently due to Iraqi fear of United States sanctions. Iran’s electricity exports were reported ended in late June due to domestic shortages.

President Hassan Rouhani apologized Tuesday to Iranians for the outages and urged patience. Rouhani said while the ministry of energy was not to blame, it should explain the situation to the people.

Rouhani also said electricity production had grown by 2,000 megawatts per year during his eight years of presidency, 300 megawatts more than the average growth than under previous governments. He suggested that a change in working hours in industry could help.

The power cuts have led to protests in some cities and towns in the past few days. Officials have warned the situation may become more challenging in coming weeks due to higher summer temperatures.

Iran's currency has dropped to its lowest level in one year due to pessimism over the chances of success in nuclear talks with the West. END_OF_DOCUMENT_TOKEN_TO_BE_REPLACED

A French presidency official has told reporters that Iran must return to nuclear talks with world powers to avoid an escalation. END_OF_DOCUMENT_TOKEN_TO_BE_REPLACED

Iran has rejected a US call to grant UN inspectors access to a nuclear site, saying Washington was not qualified to demand inspections without condemning a sabotage attack on the facility END_OF_DOCUMENT_TOKEN_TO_BE_REPLACED

The head of Iran's atomic energy organization, Mohammad Eslami, has arrived in Moscow for talks with the chief executive of Russian state nuclear firm Rosatom. END_OF_DOCUMENT_TOKEN_TO_BE_REPLACED