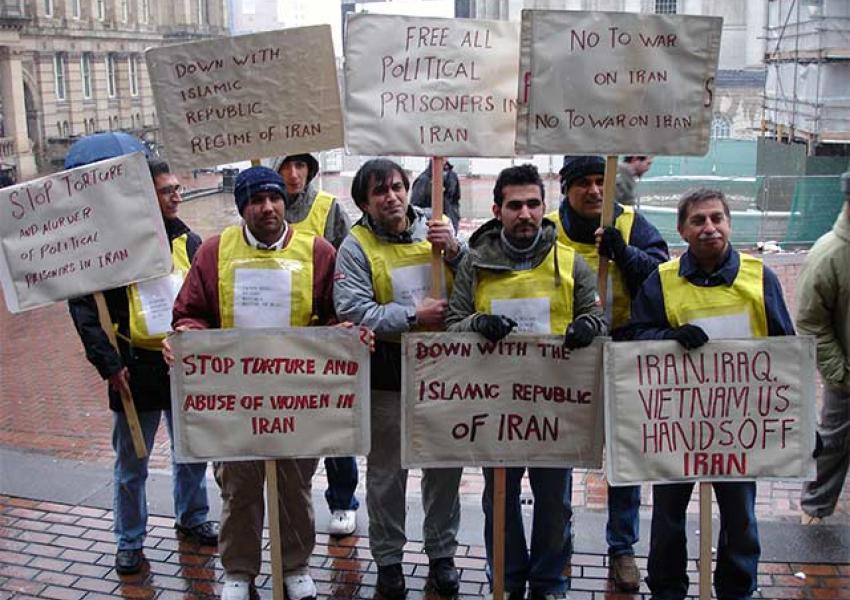 The head of Iran Migration Observatory (IMO), Bahram Salavati, has warned about a possible “surge in migration” after the Covid-19 pandemic. The IMO, a research institute founded in 2018 as part of the Sharif University of Technology, monitors data and produces analyses on emigration, particularly for policymakers.

In an interview with Hamshahri newspaper Monday, Salavati said patterns had changed since the beginning of the pandemic. "Cases of migration for the purpose of work and higher education are fewer since the pandemic began but more people are seeking asylum abroad now," Salavati said, claiming Iranian asylum seekers were taking the path to asylum in European countries through neighboring Turkey.

Also speaking to Hamshahri, Hassan Ghodsipour, an official of the Science and Technology Taskforce of the Supreme Council of Cultural Revolution, agreed that going abroad for education had significantly decreased due to the pandemic but claimed there had been increased migration “among graduate elite who were employed or were seeking employment” in their field of specialization.

European Union countries have tightened entry procedures since the pandemic, and are offering to help Turkey strengthen controls over entry from Iraq, Iran, and especially Syria. According to the United Nations High Commissioner for Refugees (UNHCR), only 95,000 asylum seekers reached EU states by sea or land in 2020, 23 percent down on 2019 and 33 percent down on 2018. Many EU countries effectively stopped issuing even tourist visas, while in the United States, the Trump administration last year set an overall cap of 15,000 on refugees, a record low.

Salavati, however, told Hamshahri that the closure of gap between a desire to leave and a decision to leave “means a drop in hope and economic and social participation in Iran and possibly [increased] hope in better conditions abroad" due to other countries offering, he said, various educational, professional, investment or social attractions.

The gap between desire to leave and decision to leave had previously been closing but had increased in the past two years, Salvati said. According to Hamshahri, however, IMO statistics show that Iranians studying in Europe doubled in number 2010-2018, while migration for work or asylum in Europe tripled. From 2018, the US ‘maximum pressure’ policy of stringent sanctions sent the Iranian economy into two years of recession from which it is only now slowly emerging.

In a commentary published on the IMO website in January 2021, Salavati warned of "mass migration" and loss of human capital due to what he dubbed "Venezuelization of the Iranian economy" due to low “economic stability” and inflation. "The desire to migrate once prevalent among the educated and the elite is now rapidly spreading among various social classes, particularly the low-income groups.”

In August 2020, the IMO published the first edition of Iran Migration Outlook, which includes data for Iranian emigrants around the world, international students, and asylum-related emigrants.

The publication used 2019 data to estimate the Iranian worldwide diaspora at 1.9 million, 2.29 percent of the country's population. Others have claimed it is bigger. In September 2012, a deputy of the State Registration Organization, Mohsen Karami, told Mehr News Agency that 1.4 million Iranians lived in the US, 800,000 in the United Arab Emirates, and 410,000 in both Canada and the United Kingdom.

The discrepancies may result from the inclusion or omission of second- and third- generation Iranians, whose birth is unregistered in Iran, those with dual citizenship, or those with sole citizenship in their country of residence. According to the latest statistics, from 2018, there are over 56,000 Iranian refugees in the European Union.  The international monitoring group Acaps says there are 780,000 Afghan refugees in Iran as well as over 2 million unregistered Afghans.

Iran's currency has dropped to its lowest level in one year due to pessimism over the chances of success in nuclear talks with the West. END_OF_DOCUMENT_TOKEN_TO_BE_REPLACED

A French presidency official has told reporters that Iran must return to nuclear talks with world powers to avoid an escalation. END_OF_DOCUMENT_TOKEN_TO_BE_REPLACED

Iran has rejected a US call to grant UN inspectors access to a nuclear site, saying Washington was not qualified to demand inspections without condemning a sabotage attack on the facility END_OF_DOCUMENT_TOKEN_TO_BE_REPLACED

The head of Iran's atomic energy organization, Mohammad Eslami, has arrived in Moscow for talks with the chief executive of Russian state nuclear firm Rosatom. END_OF_DOCUMENT_TOKEN_TO_BE_REPLACED