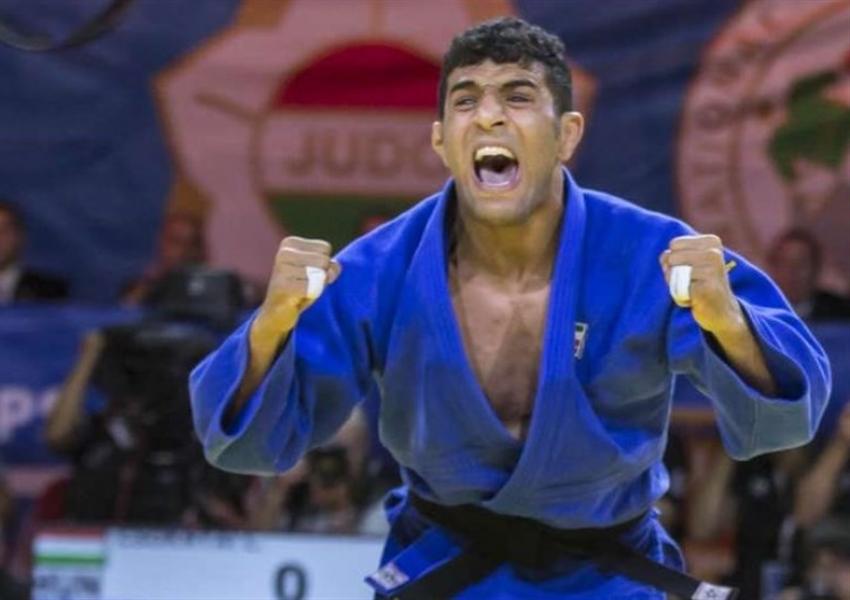 An audio file of the Iranian Judo Federation president, Arash Miresmaeili, acquired by Iran International TV has provided evidence that Iranian authorities force athletes to either refuse competition against Israeli athletes or to deliberately lose to avoid a potential match with them.

The tape records a conversation between Miresmaeili and coach Majid Zareian, concerning Saeid Mollaei, the 2018 world judo champion. Mollaei’s disclosure that he had been pressured into losing a semi-final at the Tokyo World Championships in September 2019 to avoid a potential final with an Israeli athlete led to the International Judo Federation (IJF) Thursday [April 30] banning Iran’s judo federation from all tournaments for four years.

"The position of the regime, myself, the minister, all of us, is that he is not allowed to compete [against the Israeli rival],” the president of the federation can be heard saying in the audio file. “Make him understand that he is not allowed under any circumstances. He will be held responsible for whatever decision he makes."

The IJF initially last year banned Iran from competitions until it gave guarantees Iran would respect IJF Statutes and accept competition with Israeli athletes. The Iranian Ministry of Sports, Olympics Committee, and Judo Federation jointly protested the IJF ban at the Court of Arbitration for Sport (CAS) and the Judo Federation President Arash Miresmaeili accused Mollaei of lying. The CAS in March ruled that the Iranian Judo Federation could be suspended or expelled but ordered the International Judo Federation to reinvestigate the case.

In a statement on Thursday announcing the four-year ban, the IJF referred to “repeated and very severe breaches of the IJF statutes and the fundamental principles of Olympism.”

Mollaei moved to Germany where he was given asylum. In December 2019, he accepted Mongolian citizenship - offered by the President of Mongolia who is also president of the country's judo federation – and now represents Mongolia international tournaments. According to Israel's Ynet news website, Mollaei will train in Israel with the Israeli national judo team in the months prior to the 2021 Tokyo Olympics. There is a long-standing international campaign for a sports boycott of Israel.

City officials in Iran's capital Tehran are planning to put locks on large waste containers in the streets to prevent garbage pickers from accessing waste. END_OF_DOCUMENT_TOKEN_TO_BE_REPLACED

The Biden Administration has confirmed to the US Congress that sanction imposed by its predecessor on Iran have drastically reduced Iran's trade with the world. END_OF_DOCUMENT_TOKEN_TO_BE_REPLACED

The UK government said on Sept 20 that Britain would "not rest" until all its dual nationals being held in Iran were returned home. END_OF_DOCUMENT_TOKEN_TO_BE_REPLACED