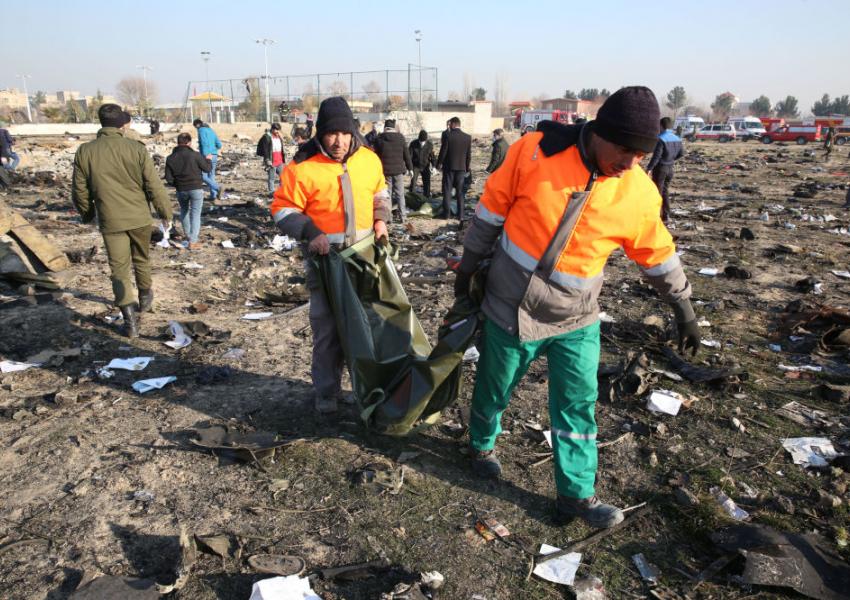 Mohsen Baharvand, International and Legal Affairs Deputy in Iran’s foreign ministry, has called the Canadian government's June 24 report on Iran's downing of Ukraine Airlines flight PS752 on January 8, 2020 "baseless" and "highly politicized." In an interview with Iran International TV Friday, Canada’s Foreign Minister Marc Garneau said the report confirmed that responsibility lay with “much higher” figures in Iran’s “command and control” system than missile operators who shot down the airliner.

Baharvand pointed out to reporters in Tehran Friday that the report had confirmed that the firing of two missiles at the plane was not “premeditated,” as some bereaved families had claimed. He said Canada lacked authority in international law to conduct its own "unilateral or arbitrary" report on the incident, which claimed the lives of all 176 onboard, including 55 Canadian citizens and 30 permanent residents.

While the government-mandated report from a Canadian Forensic Examination and Assessment Team found "no evidence that the downing of Flight PS752 was premeditated," it argued this did not absolve Iran of responsibility.

In an interview with Iran International TV Friday, Canada’s Foreign Minister Marc Garneau said the report confirmed that responsibility lay with “much higher” figures in Iran’s “command and control” system than missile operators who shot down the airliner.

But Baharvand said Iran had no concern over possible referral to international bodies, which was raised in a message in the report from Canadian Prime Minister Justin Trudeau to bereaved families when he said Ottawa would pursue all options to get “justice.”

Trudeau wrote that the report confirmed Canada’s view that Iran’s actions and omissions in relation to Flight PS752 were violations of obligations under international law. “Iran must also account for the cover-up that followed the downing of Flight PS752, including bulldozing the crash site before investigators arrived,” he wrote.

The report concluded that “a series of acts and omissions by Iranian civil and military authorities caused a dangerous situation where previously identified risks were underestimated and not taken seriously," according to CBC (the Canadian Broadcasting Corporation), which has acquired a copy.

Two missiles fired within 30 seconds by a mobile Iranian air-defense battery in the aftermath of Iran's missile attack on United States bases in Iraq, a retaliation for the US killing of Iranian general Qasem Soleimani and nine others in Baghdad, brought down the flight after it took off from Imam Khomeini International Airport near Tehran.

After three days of denials about the downing the plane, Iran’s Revolutionary Guards, who operated the missile battery, accepted responsibility for the “heart-breaking” incident at a time when “all the offensive and defensive units were on high alert.”

Tehran has said the plane was shot down because of human error in misaligning the mobile battery, and has offered $150,000 in compensation for each victim, but for months it refused to share the flight recorders or allow an independent international investigation.

Victims families have also raised the issue of why Iran kept its civilian airspace open if there was a tense military situation on January 8, 2020.

In a statement issued after the Canadian forensic team's report Thursday, an association representing a group of victims' families said the report proved "crimes, obfuscations and lies." It demanded that Iran be “transparent” and that the Canadian government list the IRGC as a ‘terrorist’ entity, impose sanctions on the perpetrators, and open a domestic criminal investigation.

Families of survivors have also sued Iran and its top officials in Canadian courts, seeking higher compensation and that Tehran name those responsible for the incident. As an earlier Canadian report pointed out, Ottawa already lists the Quds Force, the extraterritorial arm of the IRGC as a “terrorist entity,” making engagement “fraught.” 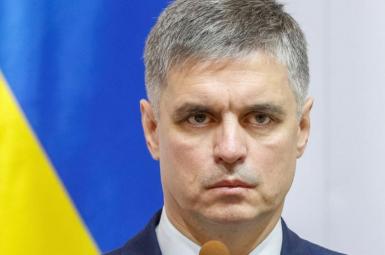 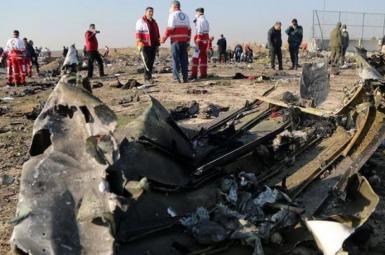 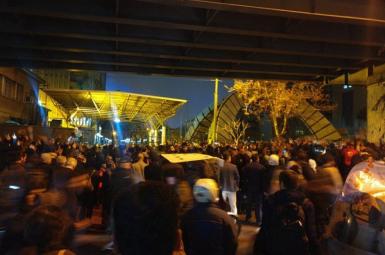 Iran's president Ebrahim Raisi addressed the UN General Assembly saying his country wants a resumption of nuclear talks with world powers to lead to the removal of US sanctions. END_OF_DOCUMENT_TOKEN_TO_BE_REPLACED

President Joe Biden told the UN General Assembly on September 21 that he will prevent Iran from getting nuclear weapons. END_OF_DOCUMENT_TOKEN_TO_BE_REPLACED

India has seized nearly three tons or $2.72 billion worth of Afghan heorin shipped from Iran. END_OF_DOCUMENT_TOKEN_TO_BE_REPLACED

Iran's foreign ministry spokesman has said that nuclear talks with world powers will start in a few weeks but has not given a firm date. END_OF_DOCUMENT_TOKEN_TO_BE_REPLACED

Debate continues in Iran over the country's nuclear negotiating strategy, with some praising a tougher approach and others cautioning against dogmatism.
5 hours 52 min ago

There will be no meeting of the Iran nuclear deal participants on the sidelines of the UN General Assembly this week, the EU and Iran have announced.
11 hours 13 min ago