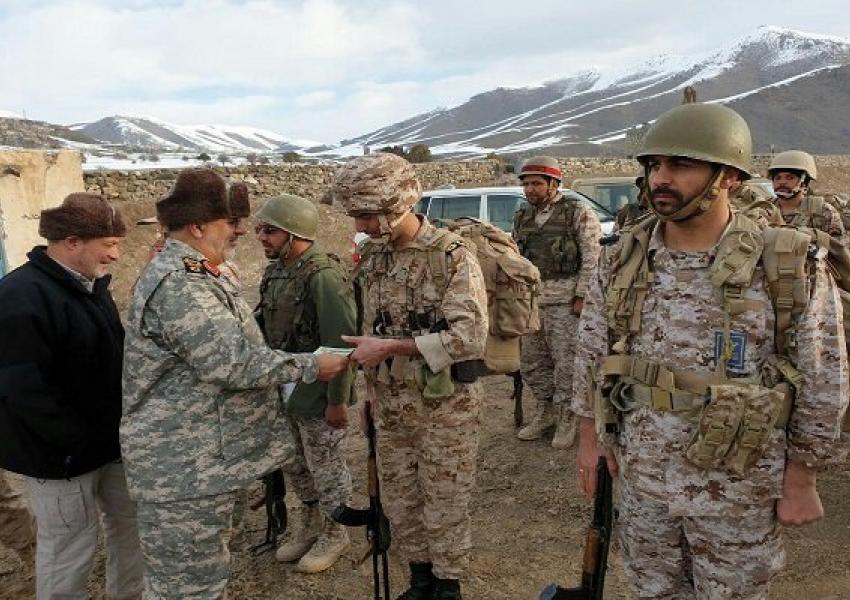 Fada Hossein Maleki, an Iranian lawmaker and a member of the Iranian parliament's National Security and Foreign Policy Committee has warned the neighboring Republic of Azerbaijan for obstructing transit of goods between Iran and Armenia and objected to a joint military exercise at the Iranian border by the military forces of Azerbaijan, Turkey and Pakistan.

Maleki also warned that Iran closely monitors developments beyond its northern borders and is sensitive to suspicious moves close to its borders.

He added that Iran did not expect such a military exercise regardless of why it was carried out. He added that Iran also expects Turkey and Pakistan to seek Tehran's views before arranging such joint exercises.

Maleki said, "Regardless of the label of the joint military exercise, security circles all over the world will perceive it differently." Meanwhile, he warned Baku to be weary of suspicious moves as belligerent countries such as Israel are planning to disrupt the security balance of the region. He told Baku “Not to play in the hands of regional troublemakers, as most of those troubles would be targeted at Baku."

There have been several reports in recent days that Azeri forces which have entered Armenian territory north of the Iranian border after last year’s war with Armenia have been stopping and preventing free movement of Iranian vehicles. The Iranian ambassador in Baku has complained to Azerbaijani officials. Maleki raising the issue said, "Armenia is an independent country and Iran wishes to have trade relations with Yerevan."

Social media accounts have been warning about a military build-up at the Azerbaijani border since last year’s war between Armenia and Azerbaijan around the Karabakh region.

Last week, users commenting on reports about security developments on the IRGC's channel on the popular social media platform Telegram observed that tensions were rising at Iran's northern borders. One user wrote: "Azerbaijani media have reported that drones with Azerbaijani flag have been flying along the border with Southern Azerbaijan and Nakhichevan. I have seen them, but I am not sure whether they belong to Iran or Azerbaijan."

Meanwhile, several Iranian social media users posted warnings and threats against the Republic of Azerbaijan. One user posted a picture of Iranian "Persian Gulf" missiles and threatened that "We are prepared to pound Aliev's spider house. I wish they would do a mistake, so that we could give them a historic lesson."

Most recently, on September 22, the Twitter account @twmelli, which identified itself as Twitter-e Melli (National Twitter) posted another picture of an Iranian missile, and reported that, "Iranian forces at the northwestern borders are in a state of full alert. Missiles are ready to be fired, choppers ready to fly and drones constantly on patrol. They are waiting for one mistake from the Baku republic to end Azerbaijan's stupid laughable illusions."

There were mixed reactions in the comments to that post, with a lot of still more serious threats. One user said: "We should not hit Baku. We need to beat the delusional local governor [on the Azeri side]."

Another user said on September 23: "The military power of Iran and Baku cannot be compared with each other. With its missile power, Iran can destroy Azerbaijan's airports and military centers in a matter of one day. Iran is hesitant only because of shared religious concerns, otherwise, Baku would have realized how sharp Iran's sword is."

On the same day, two other Iranian lawmakers, Mohammad Reza Ahmadi Sangari and Ahmad Naderi also warned Baku to watch its behavior toward Tehran as one of them quoted an Azerbaijan Republic MP as having said that "Iran should be wiped off the map,"

Iran's currency has dropped to its lowest level in one year due to pessimism over the chances of success in nuclear talks with the West. END_OF_DOCUMENT_TOKEN_TO_BE_REPLACED

A French presidency official has told reporters that Iran must return to nuclear talks with world powers to avoid an escalation. END_OF_DOCUMENT_TOKEN_TO_BE_REPLACED

Iran has rejected a US call to grant UN inspectors access to a nuclear site, saying Washington was not qualified to demand inspections without condemning a sabotage attack on the facility END_OF_DOCUMENT_TOKEN_TO_BE_REPLACED

The head of Iran's atomic energy organization, Mohammad Eslami, has arrived in Moscow for talks with the chief executive of Russian state nuclear firm Rosatom. END_OF_DOCUMENT_TOKEN_TO_BE_REPLACED