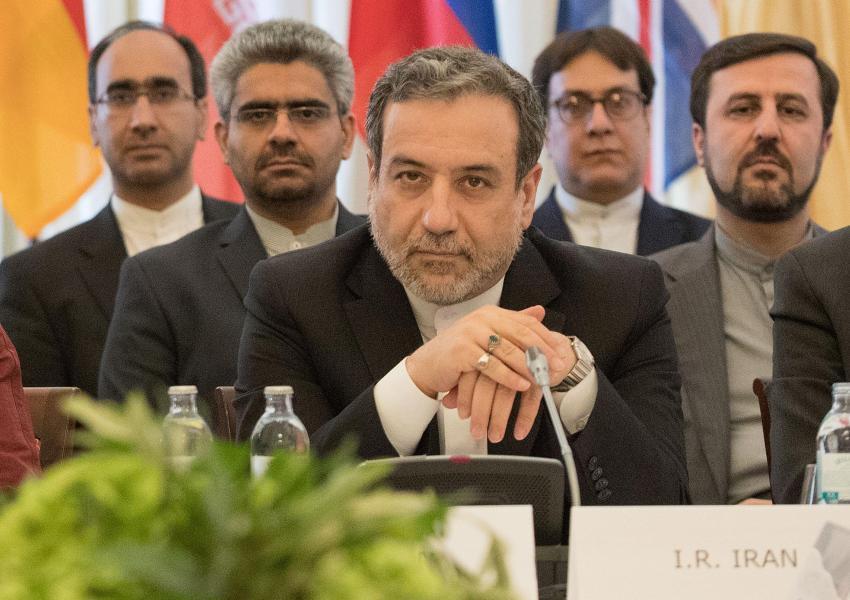 The Biden Administration accused Tehran Saturday of an "outrageous" effort to deflect blame for the impasse in Iran nuclear talks and denied that any agreement had been reached on a prisoner swap.

Iran's chief nuclear negotiator, Abbas Araghchi, said earlier on Twitter that the next round of negotiations in Vienna must wait until the new Iranian administration takes office in August but insisted that a prisoner exchange could take place quickly if the United States and Britain would “stop linking” it with reviving the 2015 nuclear deal.

"TEN PRISONERS on all sides may be released TOMORROW if US&UK fulfill their part of deal," Araghchi claimed on Twitter.

US State Department spokesman Ned Price said: "These comments are an outrageous effort to deflect blame for the current impasse."

The spokesman of Iran's foreign ministry, Saeed Khatibzadeh reponded Sunday that "US denying simple fact that 'there IS an agreed deal on the matter of the detainees.' Even on how to announce it. Humanitarian swap was agreed with US & UK in Vienna-separate from JCPOA- on release of 10 prisoners on all sides. Iran is ready to proceed TODAY."

Indirect US-Iranian talks on reviving the Joint Comprehensive Plan of Action (JCPOA) have been on hold since the last round ended on June 20, and Araghchi's comments confirmed that Tehran will not return to the table before President-elect Ebrahim Raisi takes over.

"We're in a transition period as a democratic transfer of power is under way in our capital. Vienna talks must thus obviously await our new administration,” Araghchi tweeted.

But one sentence in Araghchi’s tweet seems to show Iran is linking the prisoner release with the revival of the nuclear agreement. “US & UK need to understand this and stop linking a humanitarian exchange—ready to be implemented—with the JCPOA.

The last three words show Iran is looking for a concession on the nuclear deal, linking the prisoner issue with a completion of an agreement on JCPOA. Khatibzadeh's insistence on Sunday that Irab is ready to implement the deal today might still depend on a concession by the West, as Araghchi's tweet hinted.

"We stand ready to return to Vienna to complete work on a mutual return to the JCPOA once Iran has made the necessary decisions,” Price said, referring to diplomatic efforts to get both countries back to the Joint Comprehensive Plan of Action.

In response, Price said: “With respect to the comments on the Americans whom Iran has unjustly held against their will, we see just another cruel effort to raise the hopes of their families … There is no agreed deal yet."

“We had been engaged in indirect talks on the detainees in the context of the Vienna process, and the delay in restarting that process is not helping,” Price added. “While it would be more effective to make progress if we were meeting in Vienna, we are also prepared to continue with talks on detainees during this period.” He added that “if Iran were truly interested in making a humanitarian gesture, it would simply release the detainees immediately.”

Iran, which is holding a handful of Iranian-Americans and other Westerners, has been accused by rights activists and United Nations experts of arresting dual nationals to try to extract a concession from other countries. Iran has dismissed the charge.

The US broke diplomatic ties with Iran 40 years ago when its diplomats in the embassy in Tehran were taken hostage for 444 days.

Iran said earlier this week that it was holding talks on securing the release of Iranian prisoners in American jails and other countries over violations of US sanctions.

In May, Washington denied a report by Iranian state television that the countries had reached a prisoner swap deal in exchange for the release of $7 billion in frozen Iranian oil funds under U.S. sanctions in other countries.

The hiatus in nuclear talks, which US and European officials attributed to hardliner Raisi's election, has raised questions about next steps if the talks hit a dead end.

Iran's president Ebrahim Raisi addressed the UN General Assembly saying his country wants a resumption of nuclear talks with world powers to lead to the removal of US sanctions. END_OF_DOCUMENT_TOKEN_TO_BE_REPLACED

President Joe Biden told the UN General Assembly on September 21 that he will prevent Iran from getting nuclear weapons. END_OF_DOCUMENT_TOKEN_TO_BE_REPLACED

India has seized nearly three tons or $2.72 billion worth of Afghan heorin shipped from Iran. END_OF_DOCUMENT_TOKEN_TO_BE_REPLACED

Iran's foreign ministry spokesman has said that nuclear talks with world powers will start in a few weeks but has not given a firm date. END_OF_DOCUMENT_TOKEN_TO_BE_REPLACED