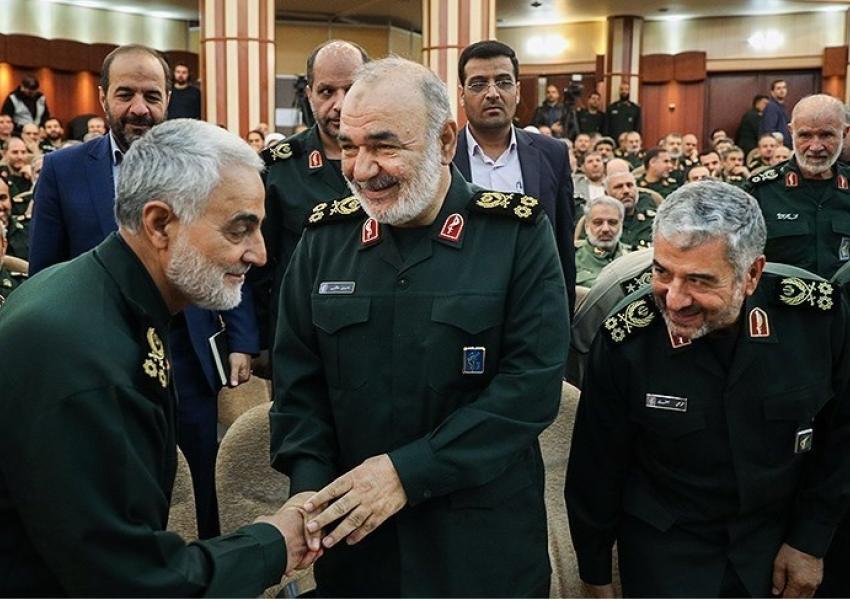 Change of IRGC Commander and Its Impact on the Oil Market

Iran’s Islamic Revolutionary Guard Corps (IRGC) seems to be a uniform and homogeneous group with a designated goal and agenda. However, within its structure and behind its loyal generals’ infiltrating faces, one can find differences in style and also strategies.

For those who do not know much about the intricacies of this enormous organization, the appointment of Hossein Salami as the commander-in-chief of the Corps would not make any difference objectively.

It is true that these changes mean no changes to the structure of the Corps, but they have significant implications in terms of the shifts in strategies that the regime is planning to take. In other words, the appointment of new commanders is based on the assessment of the current situation and to be ready for upcoming events.

Hossein Salami, who served as deputy commander-in-chief in this organization for 10 years, is known to have different temperament in comparison to his predecessor Major General Jaffari. Salami is hawkish, and his rhetoric is aggressive and forthright. His rhetoric is an example of what is defined in the Islamic Republic as “serious and combative”.

Donald Trump had threatened for a few months that he would not extend the waivers for buyers of Iran’s oil.  Hence, the press conference by Secretary Pompeo breaking this news did not add anything new and consequently, the oil market did not receive an unexpected shock. However, the oil price jumped by $10.

Firstly, Iran produces one million and two hundred thousand barrels per day and it will take some time until it reaches zero. Secondly, this is not a big size production whose absence would not be irreplaceable.

What shook the market was the IRGC’s threat to block the Strait of Hormuz for oil tankers to pass. A day after the appointment of the new commander-in-chief, Alireza Tangsiri, the commander of IRGC’s navy forces, explicitly stated that if Iran cannot use this Strait, it will block it for all.

This was a clear warning to the United States’ intention to stop Iran’s oil export by asserting that IRGC is controlling this vital strait; an entity which was put on the list of terrorist organizations recently.

This means that blockage of the Strait of Hormuz and any confrontation between the American Navy and IRGC forces could pose a big threat to one of the major oil routes in the world.

Data by U.S. Energy Information Administration in 2011 shows that about 14 vessels pass this Strait every day which carries 17 million barrels. This makes up 35% of the whole oil offered on the sea and 20% of all oil transactions in the world.

Any threat to this route could seriously upset the market.

The positions taken by Iran and the US, or maybe better to say IRGC and the US, in the coming days will be crucial. It seems the Islamic Republic of Iran and IRGC are getting ready for coking difficult days and any urgent situations.

City officials in Iran's capital Tehran are planning to put locks on large waste containers in the streets to prevent garbage pickers from accessing waste. END_OF_DOCUMENT_TOKEN_TO_BE_REPLACED

The Biden Administration has confirmed to the US Congress that sanction imposed by its predecessor on Iran have drastically reduced Iran's trade with the world. END_OF_DOCUMENT_TOKEN_TO_BE_REPLACED

The UK government said on Sept 20 that Britain would "not rest" until all its dual nationals being held in Iran were returned home. END_OF_DOCUMENT_TOKEN_TO_BE_REPLACED