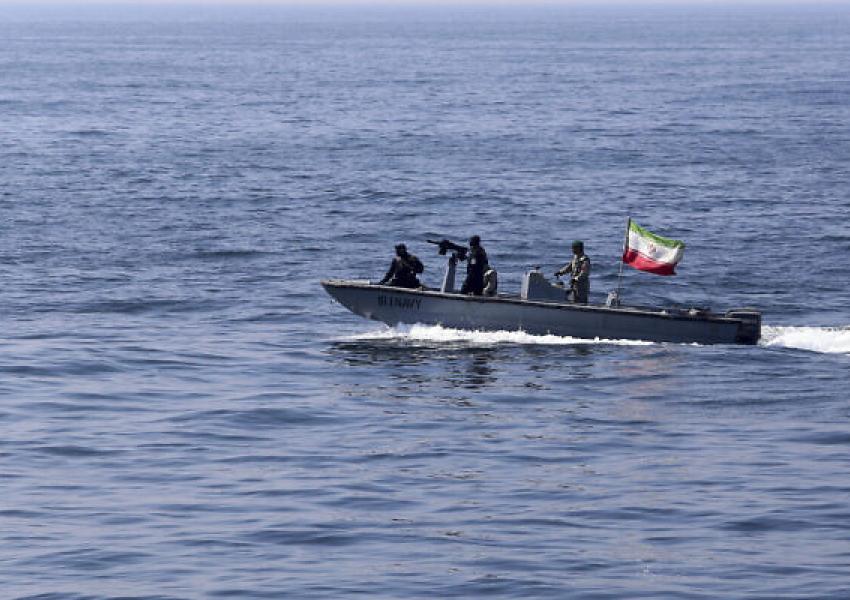 Pentagon announced that the US Navy fired warning shots at three Iranian speed boats that moved too close to the US ships and crossed the safe distance.

According to Pentagon, the incident occurred on Monday, April 26, in the international waters of the Persian Gulf, during which the Islamic Revolution Guards Corps (IRGC) speed boats ignored multiple warnings from USS Firebolt and US Coast Guard Vessel Baranoff but moved away after a few warning shots from the American vessels.

On Sunday US Navy officials also told the Wall Street Journal that on April 2, several speed boats and a ship known as Heart 55 moved close to two US Coast Guard vessels patrolling the international waters of the Persian Gulf, the IRGC vessel repeatedly got close to the two American ships, almost 65 meters away. Despite the repeated warnings from the Coast Guard, the Iranian vessels continued their dangerous maneuvers.

The US Navy called the IRGC’s actions “dangerous and unprofessional” and said the April 2 incident was different than the similar previous incidents in that previously only speed boats would harass American battleships, but on April 2 an IRGC ship was also escorting the speedboats.

Until 2018, IRGC boats were regularly harassing US boats for two years, but they stopped in 2018 and resumed their activities in April 2020 when the US Navy reported 11 IRGC speedboats moving dangerously close to a US battleship. In response, President Donald Trump tweeted that he has ordered the US Navy to shoot and destroy any Iranian military boats that harass American ships.

After President Trump’s tweet, there were no reports of any movement by IRGC Navy vessels until the April 2 of 2020.

One US Navy official told the Wall Street Journal that the American Navy commanders maintain the right to defend themselves.

City officials in Iran's capital Tehran are planning to put locks on large waste containers in the streets to prevent garbage pickers from accessing waste. END_OF_DOCUMENT_TOKEN_TO_BE_REPLACED

The Biden Administration has confirmed to the US Congress that sanction imposed by its predecessor on Iran have drastically reduced Iran's trade with the world. END_OF_DOCUMENT_TOKEN_TO_BE_REPLACED

The UK government said on Sept 20 that Britain would "not rest" until all its dual nationals being held in Iran were returned home. END_OF_DOCUMENT_TOKEN_TO_BE_REPLACED