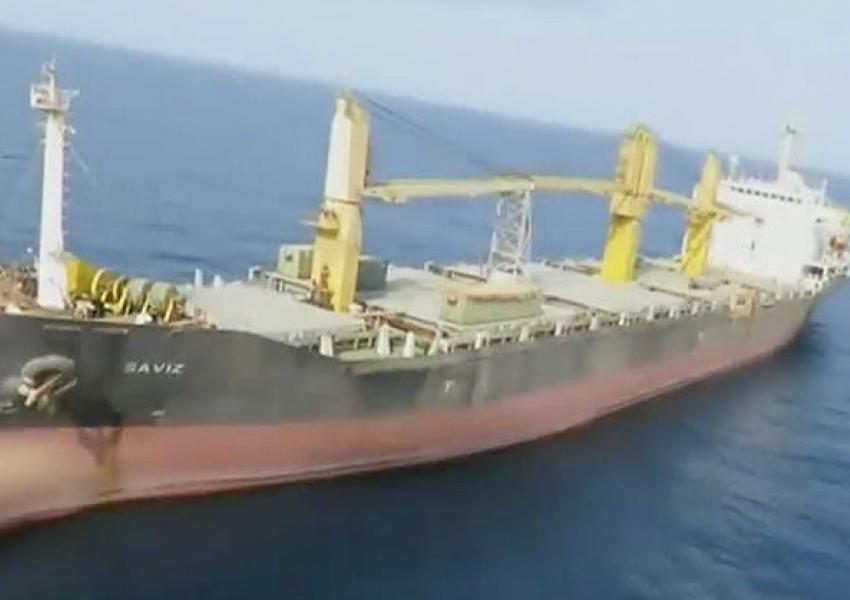 A ship owned by the Islamic Revolution Guard Corps (IRGC) of Iran was attacked, possibly by a limpet mine, in the Red Sea on Tuesday off the coast of Eritrea. Tasnim News, a semi-official news agency in Iran has identified the ship as the Iran Saviz.

"The vessel Iran Saviz has been stationed in the Red Sea for the past few years to support Iranian commandos sent on the commercial vessel (anti-piracy) escort missions," Iran'ssemi-official Tasnim News reported.

According to New York Times, an American official who spoke on condition of anonymity said that Israel has called the attack retaliation for earlier alleged Iranian strikes on Israeli vessels, and that the Saviz was damaged below the waterline. The vessel’s precise location in the Red Sea was not immediately clear.

According to the state-run shipping company, there have been several attacks on Iranian cargo ships headed to Syria including an attack on March 12, 2020 on Shahr-e Kord in the Mediterranean. The also said it would take legal action to identify the perpetrators of what it called "terrorism and naval piracy".

Israeli officials declined to comment on Tuesday’s attack on the Iranian cargo ship but Tasnim's report can be seen as a confirmation by Iran.

The attack on  Iran Saviz was the latest in a reported series of attacks on Israeli- and Iranian-owned cargo ships since late February in which the two arch-enemies accused each other of responsibility. In late February 2020, the Israeli vehicle-carrier ship MV Helios Ray suffered an explosion. A US defense official in Washington at the time said the blast left holes above the waterline on both sides of the hull. The cause was not immediately clear and no casualties were reported. Israeli defense minister Benny Gantz accused Iran of the explosion.

The incidents have occurred since US President Joe Biden took office in January with a commitment to rejoin world powers’ 2015 nuclear deal with Iran - abandoned by his predecessor Donald Trump in a move welcomed by Israel at the time. Iran and the United States on Tuesday launched indirect talks in Vienna that included the other powers on ways to revive the deal. Both Iran and the United States called the talks “constructive.”

Israel has targeted at least a dozen vessels bound for Syria and mostly carrying Iranian oil out of concern that petroleum profits are funding terrorism in the Middle East. Israel has also targeted several Iranian convoys of weapons and military equipment going to Syria and Lebanon.

City officials in Iran's capital Tehran are planning to put locks on large waste containers in the streets to prevent garbage pickers from accessing waste. END_OF_DOCUMENT_TOKEN_TO_BE_REPLACED

The Biden Administration has confirmed to the US Congress that sanction imposed by its predecessor on Iran have drastically reduced Iran's trade with the world. END_OF_DOCUMENT_TOKEN_TO_BE_REPLACED

The UK government said on Sept 20 that Britain would "not rest" until all its dual nationals being held in Iran were returned home. END_OF_DOCUMENT_TOKEN_TO_BE_REPLACED