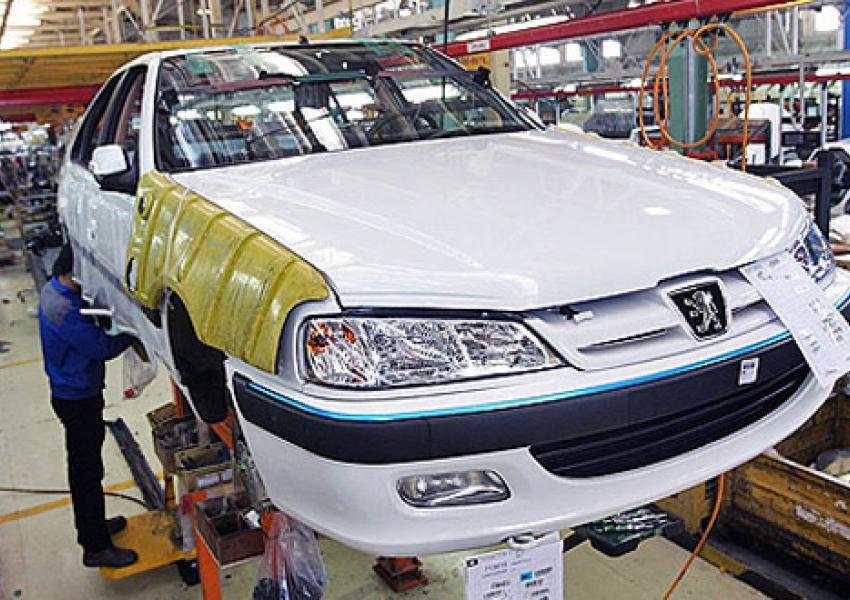 The price of cars in Iran has skyrocketed in recent days as small investors withdrawing from a falling stock market and concerned over the country’s grim economic prospects have sought a way to protect their savings.

Alef news website on Tuesday reported that the price of most domestically produced cars has jumped by 80-250 million rials ($320-$1000 at black market rates) since Sunday. Ordinary buyers complain on social media that cars are becoming unaffordable.

The price of a mid-range sedan Samand LX has gone up in two days by $520, or 7.6 percent, $6,800, according to car price websites. This dramatic hike follows a rise of up to 80 percent in car prices over the past seven months, according to the chairman of Auto-Sellers Union, according to Alef website.

Although by international standards these prices seem very modest, in Iranian currency for local buyers the rise is astronomical. Moreover, these cars are replicas of old French or South Korean models with poor quality that ordinary people must buy due to very high prices of imported cars.

Anxious individuals are apparently flocking to the auto-market seeking security on a par with foreign currency, gold or real estate. The general index of the Tehran Stock Exchange (TSE) has been dropping since mid-August with investors seeing little prospect of recovery.

This followed a rise in the index from 500,000 to 2 million between March and early August when ordinary Iranians, encouraged and propelled by the government’s decision to sell state companies, invested their savings rather than keep money in banks. The rial has lost around 40% of its value since March, with tightening US sanctions bringing Iran’s oil exports to a near halt.

With car prices rising steeply for two weeks, the Iranian media is reporting that car dealers are halting sales to await higher prices. But some analysts say that current prices are unsustainable and warn of a bubble.

The government regulates the price of cars leaving the factory but thereafter leaves prices to market demand. So far, investors making advance payments and waiting for months for delivery have made a good profit by selling them on, given market prices have been significantly higher than factory prices.

Official reports suggest there has been a year-on-year increase of 5 percent in car production since March, which rules out any supply shortage as the cause of rising prices. Iran is the biggest automaker in the Middle East and produced more than 1.23 million cars in 2018, a small percentage of which it exported.

The two largest manufacturers – SAIPA and Iran Khodro - are nominally joint-stock companies after years in state ownership. But a majority of shares in both companies are held by governments and quasi-state bodies. In a report in January 2017, Fars news agency disclosed that 26 percent of Iran Khodro shares are held by its own subsidiaries, 21 percent by the government and other state entities, and only 26 percent by the public.

Iran Khodro and SAIPA have been plagued with corruption, with some officials either in prison or under trial. Despite huge losses over the past two years, the two companies owe more than $16 billion to banks and parts manufacturers.

City officials in Iran's capital Tehran are planning to put locks on large waste containers in the streets to prevent garbage pickers from accessing waste. END_OF_DOCUMENT_TOKEN_TO_BE_REPLACED

The Biden Administration has confirmed to the US Congress that sanction imposed by its predecessor on Iran have drastically reduced Iran's trade with the world. END_OF_DOCUMENT_TOKEN_TO_BE_REPLACED

The UK government said on Sept 20 that Britain would "not rest" until all its dual nationals being held in Iran were returned home. END_OF_DOCUMENT_TOKEN_TO_BE_REPLACED