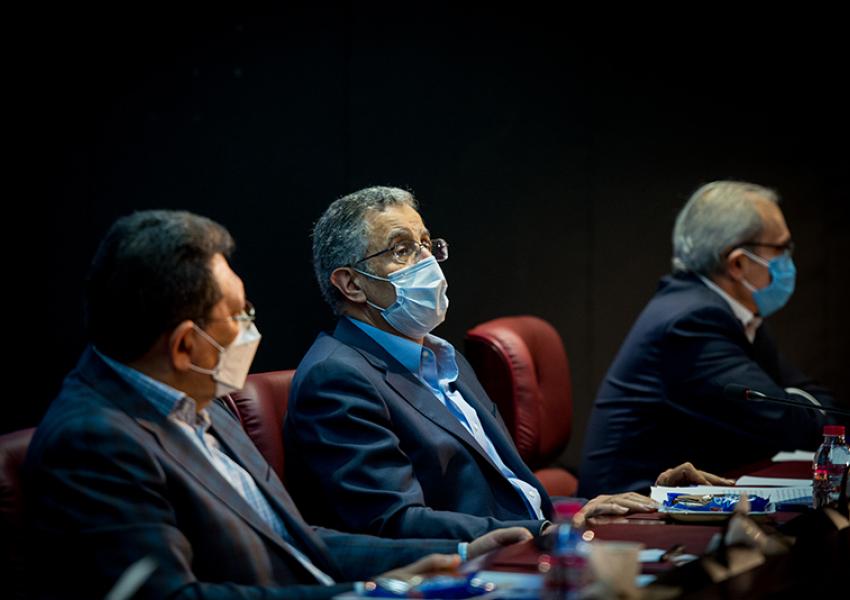 Pointing out that serious problems facing the Iranian economy had been worsened by United States sanctions − imposed in 2018 when Donald Trump pulled out the 2015 nuclear deal, the Joint Comprehensive Plan of Action (JCPOA) − and the coronavirus pandemic, Khansari said the current year "was the worst year" for public trust in economic policymaking. He enumerated high inflation and uncertainty over indicators such as fluctuating forex rates, energy prices and interest rates, as matters of concern to investors.

Khansari in his speech on Tuesday did not mention Iran being on the blacklist of the international money laundering watchdog the Financial Action Task Force (FATF).

Even if US sanctions were lifted, remaining on the blacklist would prevent Iran from much international trade including oil exports revenues and cause serious damages to the economy, according to government spokesman Ali Rabiei. Vice-President Es'hagh Jahangiri on Sunday said even Iran's "close friends" had not been buying Iran's oil due to US oil and banking sanctions. That would include Russia and China, who together now import only a fraction its pre-sanctions volume from Iran (around 80,000 barrels per day).

Khansari put inflation at a minimum of 36 percent, far from the Central Bank's projected 22 percent for the Iranian year ending March 20 and the IMF projection of 30.5 percent. He said he expected it to rise next year given the government’s budget.

Khansari, a veteran politician who has held high positions in several governments since the Islamic Revolution of 1979, has close ties with reformists. He left the civil service for the private sector in 2005 when Mahmoud Ahmadinejad, an ardent hardliner, was elected president.

Khansari was elected to Tehran Chamber of Commerce – officially meant to be a non-governmental NGO but under state influence – in 2015. The chamber represents investors in industries, mines and agriculture in the capital but since its formation in 1926 has dominated the activities of other national and local chambers. Currently four of the five seats on the board of the chamber are occupied by reformists.

Last week, the Statistical Center of Iran (SCI) reported that point-to-point inflation for February compared to the same month last year was 48.2 percent. Principlist politicians accuse the government of President Hassan Rouhani of incompetence and dependence on petrodollars and claim that difficulties, including countering sanctions, are best tackled by following the Supreme Leader Ali Khamenei's guidelines to develop domestic capacity, which he has named ‘resistance economy.’ In its October report on the Iranian economy, the International Monetary Fund (IMF) predicted slow recovery in economic growth and inflation rates in the next few years led by non-oil GDP.

City officials in Iran's capital Tehran are planning to put locks on large waste containers in the streets to prevent garbage pickers from accessing waste. END_OF_DOCUMENT_TOKEN_TO_BE_REPLACED

The Biden Administration has confirmed to the US Congress that sanction imposed by its predecessor on Iran have drastically reduced Iran's trade with the world. END_OF_DOCUMENT_TOKEN_TO_BE_REPLACED

The UK government said on Sept 20 that Britain would "not rest" until all its dual nationals being held in Iran were returned home. END_OF_DOCUMENT_TOKEN_TO_BE_REPLACED