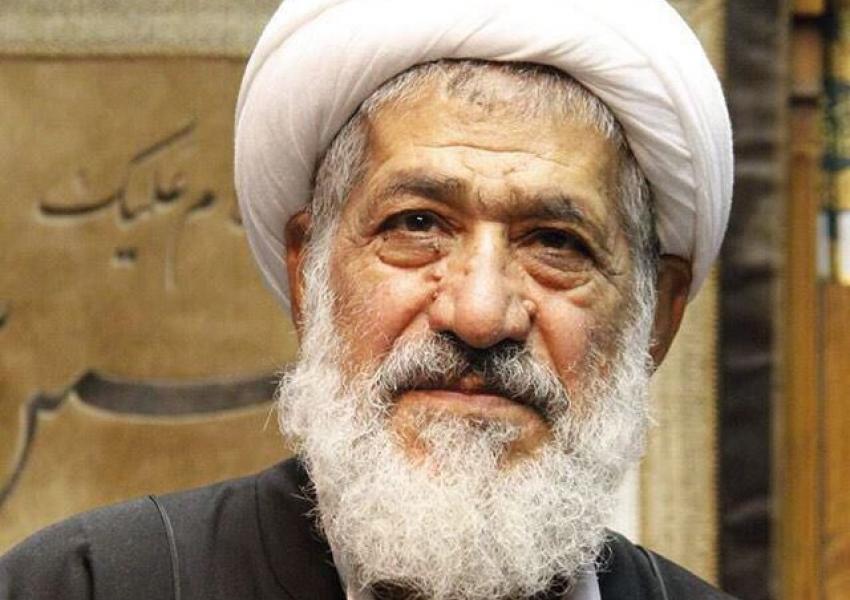 Mahmoud Amjad, a cleric and Shiite theologian in the religious city of Qom in Iran who had condemned the execution of social media journalist Ruhollah Zam as a "murder" has come under attack by the city's seminarians.

Earlier in the week, following the execution of Ruhollah Zam, Amjad also blamed Khamenei for the "murder of Zam and all those who have been killed after the disputed presidential election in 2009." Amjad also called on Khamenei to repent for his wrongdoings as the man "directly responsible for all the political crimes and murders after 2009."

In a statement released on Sunday December 20 in Qom, Alireza A'rafi the Dean of the Qom Seminary characterized Amjad's comment as "defending criminals, seditionists and those who threaten Iran's national security as the agents of foreign countries."

Meanwhile, A'rafi pledged his renewed allegiance with Khamenei and said he would do anything in fulfilment of his commitment to the Supreme Leader and called on Amjad to repent for his comments against Khamenei.

A'rafi said that he and all other seminarians and divinity students in Qom wish to distance themselves from Amjad and what he stands for.

It is worth noting that most clerics holding positions at seminaries or other outlets owe their jobs and incomes to institutions controlled by Khamenei or his allies.

The influential cleric who defied Khamenei’s power wrote on his Instagram page on December 15, "I am surprised by these actions. Why do they execute an oppressed young man and no one lifts a finger? I am really sad for this young man who has been unfairly treated and murdered."

The Dean of the seminary called Amjad "a simpleton," and described his remarks as "an outrageous behavior to please the enemies." Meanwhile, the official news agency of the seminary also protested against Amjad's remarks and called on him to repent.

In a related development, a number of clerics and clerical students took part in a protest gathering in Kermanshah in western Iran and chanted slogans against "Amjad's insulting remarks." Mostafa Olama, Khamenei's representative to Kermanshah Province, said at the gathering "Not only the Islamic Iran, but the whole world is proud of Khamenei's wisdom."

Other seminarians have also reportedly protested against Amajad's remarks about Khamenei. Abdolhossein Khosrowpanah, who teaches philosophy at the Qom Seminary said in a post on his channel in the social networking platform Telegram that he has cried after reading Amjad's comment. He likened the remarks about Khamenei as "a poisonous sword."

Hossein Momeni, another seminary teacher compared Amjad's remarks about Khamenei to the behavior of those who did not obey the holy prophet. He said: "There have been individuals close to the holy prophet and the Shiite saints who gradually lost the light of the leadership in their heart."

IRGC-linked news agency Tasnim on Sunday published several commentaries by "Amjad's former friends and pupils" in which they have lashed out the cleric in various ways.

In one of these commentaries, Tasnim quoted former Culture Minister Ataollah Mohajerani as having said in a tweet that he was surprised by reading the comment by Amjad. Mohajerani claimed that well-wishers can always criticize Khamenei, "but that is different from undermining the revolution and its political system."

Almost everyone who has criticized Khamenei or his political system has landed in Jail. The leaders of Iran's green movement have been under house arrest for almost a decade for not surrendering to Khamenei's ideas and at least 14 Iranian intellectuals have ended in jail after they criticized Khamenei in 2019.

The practice, however, is not limited to Khamenei. His predecessor, Ayatollah Ruhollah Khomeini also alienated several clerics, most notably his deputy Ayatollah Hossein Ali Montazeri who was put under house arrest for many years. Montazeri had criticized Khomeini for ordering the murder of thousands of political prisoners in 1988.

City officials in Iran's capital Tehran are planning to put locks on large waste containers in the streets to prevent garbage pickers from accessing waste. END_OF_DOCUMENT_TOKEN_TO_BE_REPLACED

The Biden Administration has confirmed to the US Congress that sanction imposed by its predecessor on Iran have drastically reduced Iran's trade with the world. END_OF_DOCUMENT_TOKEN_TO_BE_REPLACED

The UK government said on Sept 20 that Britain would "not rest" until all its dual nationals being held in Iran were returned home. END_OF_DOCUMENT_TOKEN_TO_BE_REPLACED