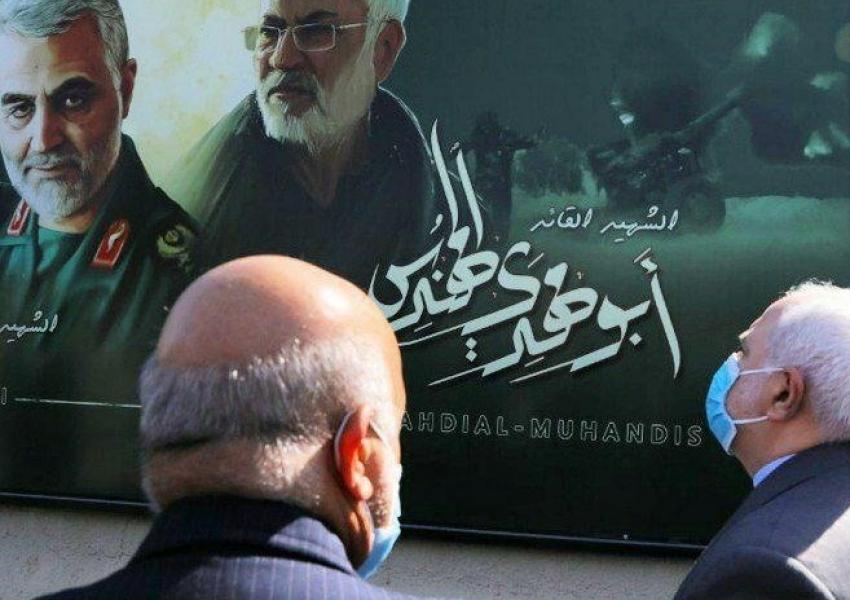 Iran's hard-line media on Monday morning criticized the release of an audio file of Foreign Minister Mohammad Javad Zarif in which he expressed frustration with the Revolutionary Guards, particularly its late Qods Force commander Qasem Soleimani and his relationship with Moscow.

The three-hour tape, published by Iran International in a Clubhouse room and dubbed by observers as "Zaifgate", is taken from a longer interview with reformist journalist and analyst Saeed Laylaz. It was apparently scheduled for release in early August after President Hassan Rouhani's term in office ends.

Hard-line media attacks on the government have centered on Rouhani’s media advisor Hesamoddin Ashena, who they say was behind the interview and its release. Ashena, is a close Rouhani associate and the head of the Center for Strategic Studies, for which the interview was conducted.

"How can a political project be conducted from beginning to end by a body under the president's supervision and then end up in the hands of anti-revolutionaries in London?” wrote Farhikhtegan newspaper. “Who will be answering for this historical scandal of the Rouhani government?"

The newspaper charged the breach had brought "the Rouhani government's management of the strategic nuclear dossier" under question and suggested this might help explain "formidable security blows" in recent years such as attacks and sabotage at the Natanz enrichment facility, most recently on April 11. Farhikhtegan also called the interview a "pass to the US government to score a goal."

Fars News agency declared in an editorial that "Zarif's aberrant and discrepant stances…were not unbeknownst even before and have only become more evident with this audio file.”

Fars suggested that “thieves who stole this audio file and those who published it” had two aims: “Firstly, to blame the field [the IRGC] for everything and say it is because of the field's dominance in the field that the JCPOA has failed to produce results, and secondly, that in Iran, the presidency has no power and problems [of the country] will not come to a resolution with the change of presidents”, Fars dubbed the incident "the new sedition," a reference to unrest after the disputed 2009 presidential election.

Most hardline news websites and print media have already dubbed the incident the "Ashena Scandal," referring to the head of the Center for Strategic Studies.

With the audio file a hot topic on social media, Ashena responded with a famous Shiite prayer: "Afflict him with evil who wishes evil for me, deceive him who deceived me.” Ashena added his own words: "May God return their deception and evil to themselves."

The impact of the file remains unclear both on Iran’s talks with world powers in Vienna over reviving the 2015 nuclear agreement and on June’s presidential election.

"This bombshell… is comparable to Watergate, making it Zarifgate … It's not going to end any time soon and will in the coming days definitely involve [Supreme Leader] Ali Khamenei and the government of Hassan Rouhani," Glasgow-based political analyst Reza Taghizadeh told Iran International TV, citing the 1974 release of recordings of US President Richard Nixon confirming knowledge of the 1972 break-in at the Democratic National Committee headquarters in Washington.

Taghizadeh suggested reformists were probably happy about Zarif’s critical comments on the role of Iran’s military while hardliners and the military were "dizzied." Taghizadeh said the US might conclude that their real rival in Iran was Russia rather than China: "It is Russia who manipulate the political puppets in Iran and the military are the tools of this puppet show."

City officials in Iran's capital Tehran are planning to put locks on large waste containers in the streets to prevent garbage pickers from accessing waste. END_OF_DOCUMENT_TOKEN_TO_BE_REPLACED

The Biden Administration has confirmed to the US Congress that sanction imposed by its predecessor on Iran have drastically reduced Iran's trade with the world. END_OF_DOCUMENT_TOKEN_TO_BE_REPLACED

The UK government said on Sept 20 that Britain would "not rest" until all its dual nationals being held in Iran were returned home. END_OF_DOCUMENT_TOKEN_TO_BE_REPLACED

Atomic chief Eslami says Iran will undertake its own redesign to run the Arak reactor, where plutonium output was curtailed as a proliferation risk under the 2015 nuclear pact.
17 Sep 2021