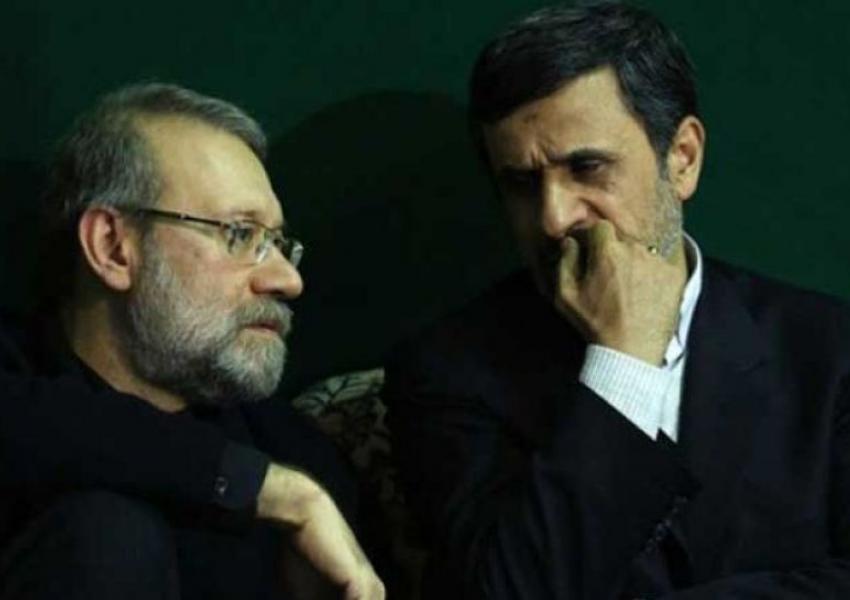 Iran's election watchdog, the Guardian Council, has been criticized by one of its members and by its former spokesman for not including three key hopefuls in its list announced Tuesday morning of approved candidates for the June 18 presidential election.

In a series of tweets, Sadegh Amoli-Larijani, one of the six jurist members of the 12-strong Guardian Council, whose brother Ali Larijani was disqualified by the council, said in his 20 years as a council member he had never found its decisions so "inexcusable." Amoli-Larijani also heads the Expediency Council, which arbitrates in disputes between state bodies, and was chief justice from 2009 to 2019.

He claimed security bodies were behind the council’s decisions, and that the intelligence ministry had denied the veracity of some reports used to assess candidates that were attributed to the ministry.

Ali Larijani has not appealed the council's decision. Hours after the results were announced, he published a letter addressed to Iranians pointing out that senior clerics and others had advised him to stand. He asked Iranians to participate in the election.

A second disappointed would-be candidate, vice-President Es'hagh Jahangiri, issued a statement saying that while the decision not to let “the worthy” run harmed the public interest, he would end his campaign. He called on Iranians to vote in the election.

Former president Mahmoud Ahmadinejad has not publicly reacted to his disqualification. He had several times recently emphasized that he would not vote if not allowed to run, while saying he would not encourage anyone to protest.

In a letter to the Guardian Council on Tuesday, its former spokesman Gholam-Hossein Elham rose to Ahmadinejad’s defense, writing that barring the former president required "clear and decisive evidence" because the council had approved his qualifications twice before, when he was elected in 2005 and re-elected in 2009. The council did bar the former president in 2017.

In a fiery speech in parliament on Tuesday, lawmaker Alireza Beigi slammed the Guardian Council for disqualifying Ahmadinejad and called on Supreme Leader Ali Khamenei to install him as a candidate. A precedent exists from 2005 when Khamenei wrote to the Guardian Council instructing it to reconsider its decision to exclude two reformists, Mohsen Mehr-Alizadeh and Mostafa Moeen.

When Beigi claimed that a "network of infiltrators" wanted "to engineer the elections,” other parliamentarians chanted slogans against him, drowning him out in a huge commotion. According to Beigi, Ahmadinejad's house in eastern Tehran had been under security watch since Monday evening.

In his first tweet after the announcement of the approved candidates, Chief Justice Ebrahim Raeesi, approved by the council and widely regarded as the election front-runner, said he has been working behind the scenes and lobbying "to make the election scene more competitive."

The Guardian Council, which consists of six high-ranking Shiite jurists and six lawyers, is a constitutional watchdog that assesses parliamentary legislation and vets candidates in parliamentary and presidential elections.  The six jurist members are appointed by the Supreme Leader, while the six lawyers are chosen by parliament from nominations by the judiciary.

City officials in Iran's capital Tehran are planning to put locks on large waste containers in the streets to prevent garbage pickers from accessing waste. END_OF_DOCUMENT_TOKEN_TO_BE_REPLACED

The Biden Administration has confirmed to the US Congress that sanction imposed by its predecessor on Iran have drastically reduced Iran's trade with the world. END_OF_DOCUMENT_TOKEN_TO_BE_REPLACED

The UK government said on Sept 20 that Britain would "not rest" until all its dual nationals being held in Iran were returned home. END_OF_DOCUMENT_TOKEN_TO_BE_REPLACED