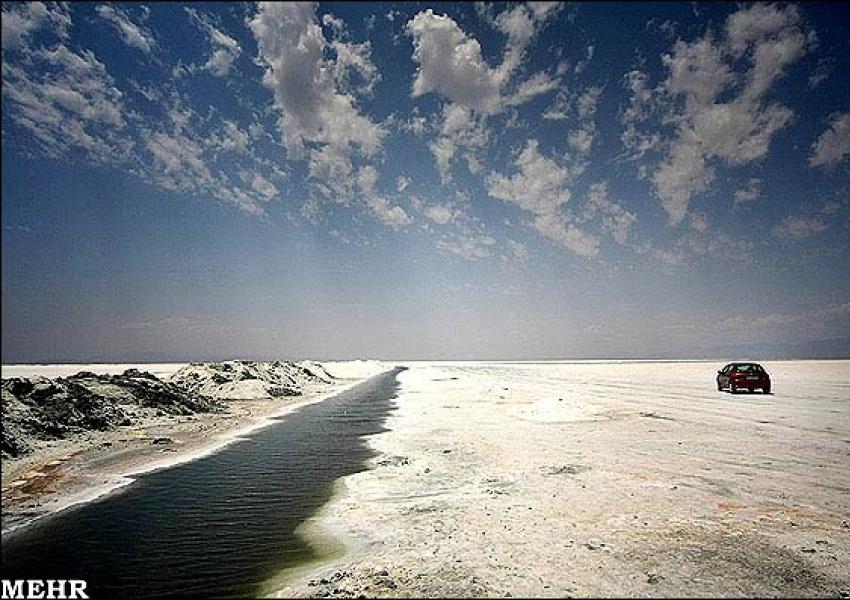 In a rare exchange, Iranian and United States scientists and researchers are collaborating on a study aimed at better understanding of endangered Urmia Lake in north-western Iran. Professor Somayeh Sima of Iran's Tarbiat Modares University has been working on a multidisciplinary collaborative project with Utah State University water resources professor David Rosenberg and several others.

The team has synthesized 40 years of data to define eight metrics that define the health of Lake Urmia and its many ecosystems, EurekaAlert, the website of American Association for the Advancement of Science, reported on Friday [April 24].

The partnership is based on assessing factors common to Urmia and Utah's Great Salt Lake, where water levels are dropping due to human activities. Sima traveled to Utah in 2018 on a visiting scholarship from the Semnani Family Foundation to begin work with Rosenberg, who studies water management and water conservation in western US river basins, including the rivers that feed Utah’s Great Salt Lake.

Lake Urmia and Great Salt Lake both face problems with land bridges, dust, and increasing salinity. Lake Urmia has lost nearly 95 percent of its volume over the last 20 years due to mismanagement in agriculture and water resources, global warming, and drought.

Urmia, which is the largest lake in Iran and the sixth largest salt lake in the world began shrinking in mid-1980s and was in danger of disappearing altogether until recovery plans began to be implemented in 2014 with a budget of about $500,000 allocated by the government of President Hassan Rouhani. The plan, aimed at stabilizing the water level by 2025, has yielded noticeable improvement in recent years, as seen in satellite images.

The drying up of the lake can contribute to desertification and fuel salt winds, threatening the livelihood of agricultural communities. In August 2011 environmental activists protested in several cities when the parliament turned down a bill to provide funds for redirecting water from the Aras River to raise the lake’s level, while some lawmakers suggested relocating people away from badly affected areas. In Urmia, capital of West Azarbaijan province, and Tabriz, capital of East Azarbaijan province, dozens of protesters were arrested.

City officials in Iran's capital Tehran are planning to put locks on large waste containers in the streets to prevent garbage pickers from accessing waste. END_OF_DOCUMENT_TOKEN_TO_BE_REPLACED

The Biden Administration has confirmed to the US Congress that sanction imposed by its predecessor on Iran have drastically reduced Iran's trade with the world. END_OF_DOCUMENT_TOKEN_TO_BE_REPLACED

The UK government said on Sept 20 that Britain would "not rest" until all its dual nationals being held in Iran were returned home. END_OF_DOCUMENT_TOKEN_TO_BE_REPLACED