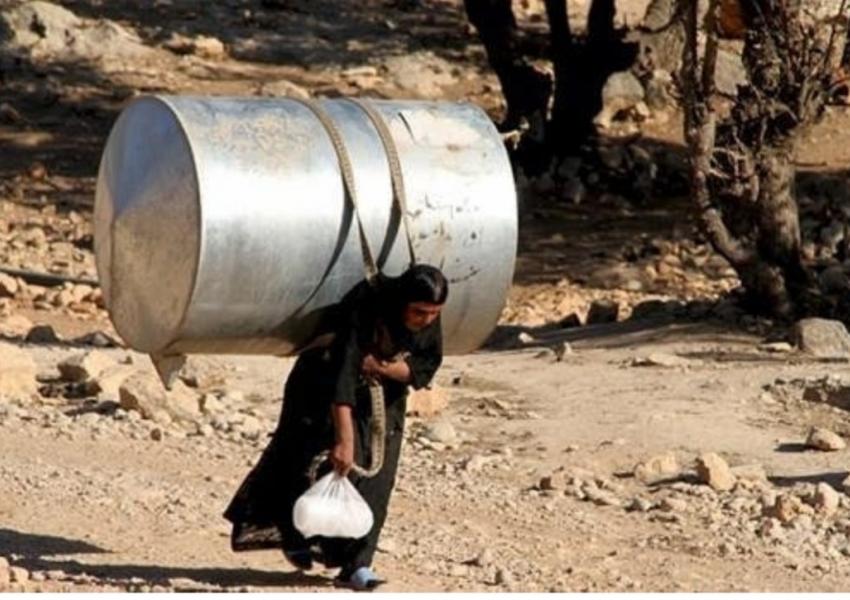 Protests over water shortages in Iran's Khuzestan Province continued for an eight-day with thousands joining the protests in other provinces including neighboring Chahar Mahal va Bakhtiari, Esfahan, Lorestan, and Bushehr.

A video posted on social media Thursday showed hundreds of protesters chanting "People Wish the Downfall of the Regime" in Sousangard, Khuzestan. Other videos showed gunshots and clashes between security forces and protesters in Mahshahr, Khuzestan, and Aliigoudarz, Lorestan Province, Thursday evening.

Social media users Thursday reported deployment of anti-riot police and heavy security atmosphere in Izeh, Khuzestan where protesters chanted against Supreme Leader Ali Khamenei two nights ago. The governor of Izeh Thursday confirmed the death of 17-year-old Hadi Bahmani but blamed "rioters" for his killing. The young man was buried Thursday in his home village near Izeh.

There have been reports of clashes between peaceful demonstrators and the regime's repressive forces.#Iranprotests #Mahshahr #IranRegimeChange pic.twitter.com/M7w9MIb6VP

Internet mobile has been disrupted in many areas of Khuzestan including Mahshahr, Shadegan and Masjed Soleiman to prevent reports of protests being posted online. Global Internet watchdog NetBlocks confirmed Wednesday that mobile internet connections in Iran had been disrupted from July 15 and the situation was ongoing. Over 90 percent of Iranians rely on mobile Internet to connect to the web.

Videos posted on social media Thursday also show protests and chanting in  Shahin Shahr in central Esfahan Province and Jonghan, a small town in Chahar Mahal va Bakhtiari Province. In Borazjan, in southern Bushehr Province, protesters blocked the main road to the city by burning tires and in Ganaveh, also in Bushehr Province, tens of protesters, mainly young men, rallied at the town square and chanted "Don't Be Afraid, We Are All Together".

President Hassan Rouhani said Thursday that the people of Khuzestan should use legal channels to express their protest and not permit their cause to be hijacked by "enemies" who might use firearms to kill people. President-elect Ebrahim Raisi who will take office on Aug. 3 also said Thursday that he will appoint a "special governor" who will have a seat in the cabinet when he takes office to solve the problems of Khuzestan.

Media have reported that the authorities have increased the water flow from Karkheh Dam in Andimeshk, northern Khuzestan, from 75 cubic meters per second to 160 since two days ago to reach agricultural land and marshes affected by the lack of water in the south of the province. State media and news agencies have also reported that the Revolutionary Guards and regular army have been trying to take water in tanker trucks to the areas worst affected by the water shortage.

Iran's currency has dropped to its lowest level in one year due to pessimism over the chances of success in nuclear talks with the West. END_OF_DOCUMENT_TOKEN_TO_BE_REPLACED

A French presidency official has told reporters that Iran must return to nuclear talks with world powers to avoid an escalation. END_OF_DOCUMENT_TOKEN_TO_BE_REPLACED

Iran has rejected a US call to grant UN inspectors access to a nuclear site, saying Washington was not qualified to demand inspections without condemning a sabotage attack on the facility END_OF_DOCUMENT_TOKEN_TO_BE_REPLACED

The head of Iran's atomic energy organization, Mohammad Eslami, has arrived in Moscow for talks with the chief executive of Russian state nuclear firm Rosatom. END_OF_DOCUMENT_TOKEN_TO_BE_REPLACED