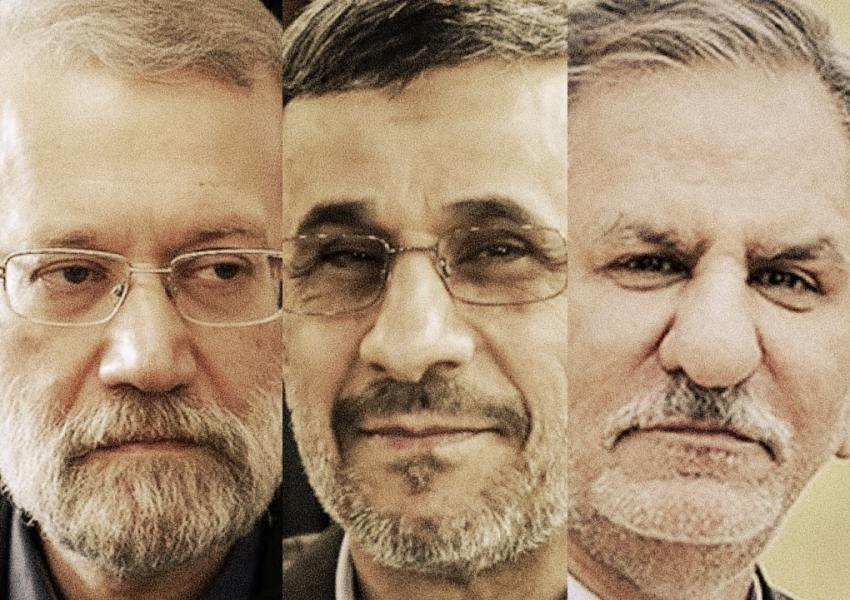 Elimination Of Three Hopefuls Heralds A Non-Competitive Election In Iran

Iran's Guardian Council has named the final candidates of the June 18 presidential elections on Tuesday May 25, excluding three key candidates from its list.

The choices named by the Guardian Council, has taken many including the leading contender Raeesi by surprise, particularly as Former Majles Speaker Ali Larijani and Vice President Es'haq Jahangiri have been disqualified. According to the official news agency IRNA, Raeesi has said that he is contacting Supreme Leader Ali Khamenei "to make the election more competitive."

The Guardian Council, a body consisting of 6 high-ranking Shiite clerics and 6 lawyers, is a constitutional watchdog that vets parliamentary and presidential election candidates and makes sure that legislation made by the parliament (Majles) are consistent with the Constitutional Law and the rules of Islamic jurisprudence (Shari’a). The body operates directly under the supervision of Supreme Leader Ali Khamenei.

However, it is not unprecedented for Khamenei to change Guardian Council's decisions. He overturned the council's decision in 2005 and allowed two disqualified reformist candidates to run for president.

Raeesi, Jalili, Ghazizadeh, and Zakani belong to the same camp and the latter three are likely to withdraw their candidacy in favor of Raeesi at one point. Iran experts say that the three candidates will help Raeesi, who is not a good speaker during the debates and then withdraw in his favor.

Iran analysts have said even before the candidates were named that the election will have to be followed by a run-off as none of these candidates are likely to win 50 percent plus one vote.

The current combination of candidates is likely to lead to low turnout as the other three candidates, Rezaei, who is not supported by any particular group, and Hemmati and Mehr Alizadeh who still lack the backing of any reformist party or group.

A recent poll conducted for Iran International TV predicted that only 27 percent of Iranians are likely to vote in the upcoming election. However, with a non-competitive election on its way, the turnout might be even smaller than that.

Anecdotal reports on social media say the Guardian Council's verdict was known on Monday and that the Interior Ministry was notifed of the results of the vetting. But the Ministry was told by President Rouhani to hold it while he was contacting Khamenei to change the outcome.

Mohammad Mohajeri, a conservative figure close to Larijani revealed Tuesday morning that Rouhani did contact Khamenei but he refused to intervene.

Efforts to change the Guardian Council's decision apparently continue based on these anecdotal accounts. However, if Khamenei is to have the final say and respond to the calls made by Raeesi and Rouhani, he has to do it sooner rather than later.

The current situation damages Raeesi's reputation, as an easy victory in the election will not help him to claim a mandate or a degree of proven popularity.

City officials in Iran's capital Tehran are planning to put locks on large waste containers in the streets to prevent garbage pickers from accessing waste. END_OF_DOCUMENT_TOKEN_TO_BE_REPLACED

The Biden Administration has confirmed to the US Congress that sanction imposed by its predecessor on Iran have drastically reduced Iran's trade with the world. END_OF_DOCUMENT_TOKEN_TO_BE_REPLACED

The UK government said on Sept 20 that Britain would "not rest" until all its dual nationals being held in Iran were returned home. END_OF_DOCUMENT_TOKEN_TO_BE_REPLACED