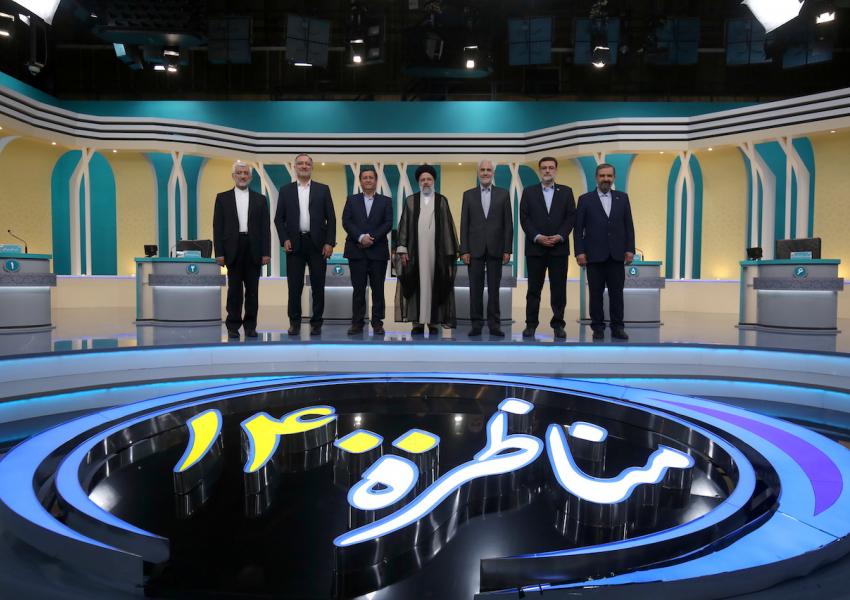 An opinion survey for Iran International TV carried out Sunday, a day after the third and final televized debate, found Chief Justice Ebrahim Raeesi (Raisi) with a commanding 62 percent support among those who said they would vote or that they were likely to vote.

In the survey of 641 respondents, Raeesi was followed by Mohsen Rezaei (6 percent), Abdolnaser Hemmati and Saeed Jalili on 3 percent, Amir-Hossein Ghazizadeh (2 percent) and Alireza Zakani (1 prercent). Reformist former vice-president Mohsen Mehralizadeh had no support, while 24 percent said they were undecided. 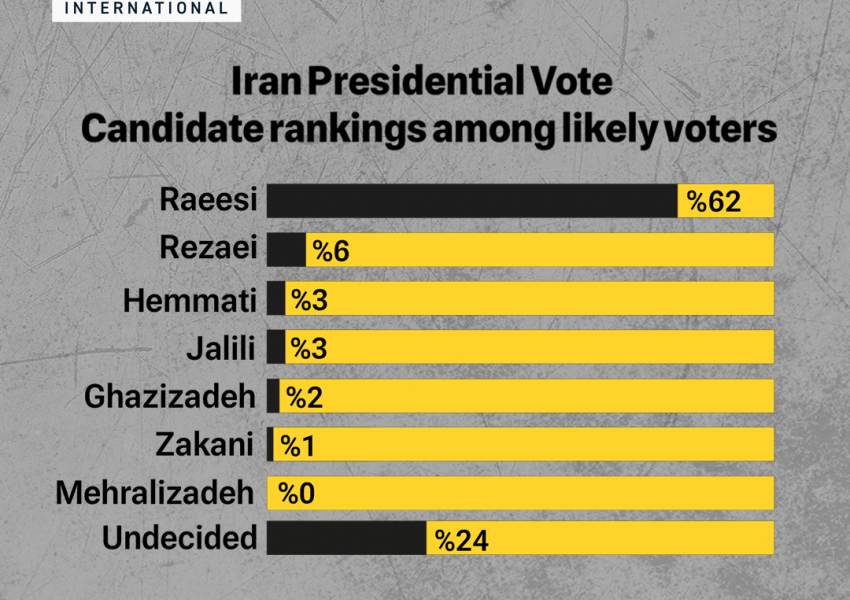 The survey also found that housewives in the survey – their number was unspecified – were no more likely than the rest of the sample to vote for former Revolutionary Guards commander Mohsen Rezaei (Rezaee), who has promised if elected president to offer them a wage as homemakers.

The Stasis telephone poll found 22 percent had watched the third presidential debate and 15 percent had followed news about it. Sixty-three percent of respondents said they had not watched the debate. 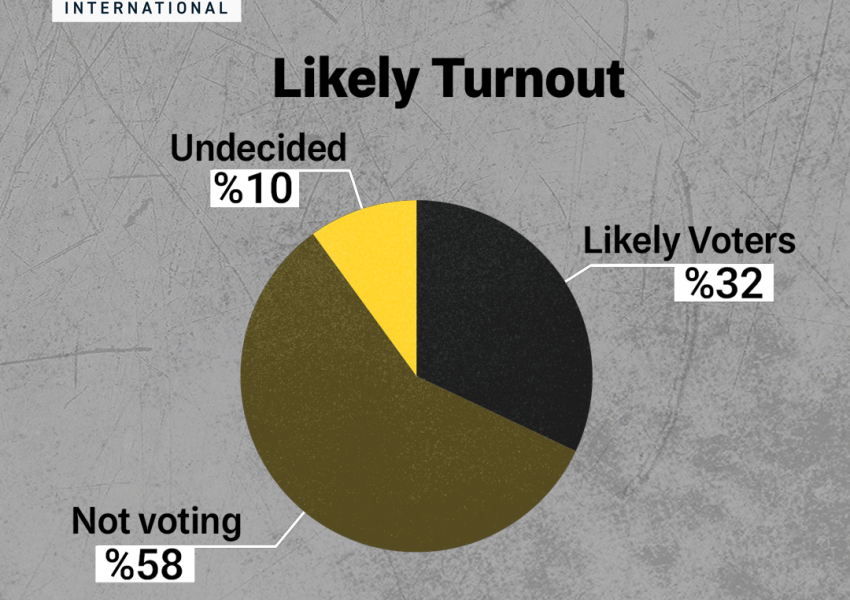 A poll by the government-affiliated Iranian Students Polling Agency (ISPA) taken June 9-10 with a sample of 5,121 found 41 percent likely to vote.  While international standards insist opinion polls do not make absolute prediction, both Stasis and ISPA claim they can predict turnout. Stasis says this is done by weighing respondents' answers to different questions, and IPSA says they can build in variables such as respondents’ conservatism on answering pollsters by phone and the number of those who refuse to cooperate.

In recent days some Iranian media such as Entekhab, a moderate news website, and social media pundits have speculated about a possible role of "shy voters" in Friday's poll. "Shy votes," also known as "gray votes" in Iran, can confound pundit expectations. 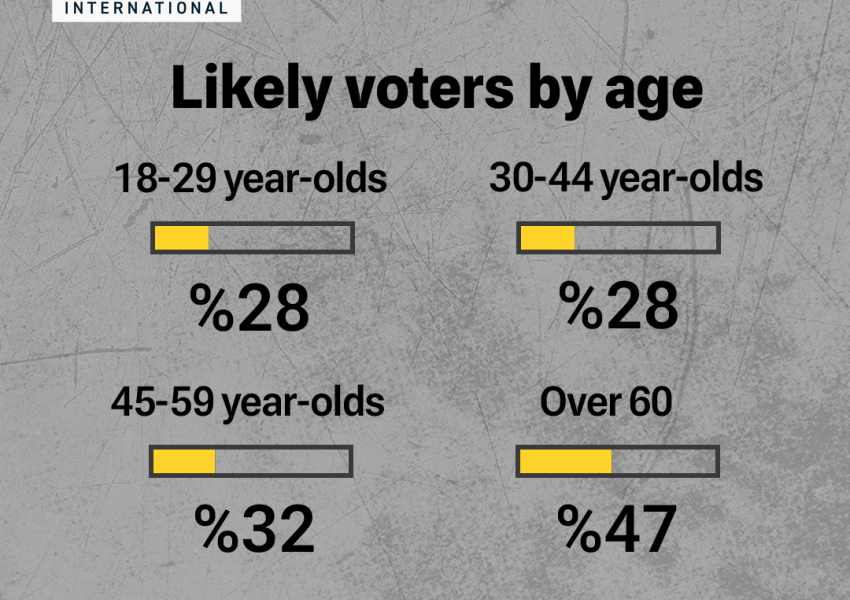 "Those who do not tell the truth about their vote, or do not reveal their real vote in public, are shy voters who are concerned about the consequences of revealing their views,” Hadi Shayani, a principlist social media activist, opined. “Fear of revealing the truth doesn't eliminate these votes, it just hides them from analysts.”

"Shy votes may have never been as significant in Iranian elections,” journalist Fereshteh Ghazi wrote in a tweet June 12.

Some social media pundits say Jalili, former top security official, and Hemmati, former central bank governor, may both attract shy votes. In the first case, pundits say, shy voters hide their intentions because they feel expected to vote for Raeesi, widely touted as favored by Supreme Leader Ali Khamenei, while in Hemmati's case, voters conceal their preference from pollsters because they feel unsettled by reformists' parties refusal to back any candidate or by those activists who advocate a boycott or casting blank ballots.

Iran's president Ebrahim Raisi addressed the UN General Assembly saying his country wants a resumption of nuclear talks with world powers to lead to the removal of US sanctions. END_OF_DOCUMENT_TOKEN_TO_BE_REPLACED

President Joe Biden told the UN General Assembly on September 21 that he will prevent Iran from getting nuclear weapons. END_OF_DOCUMENT_TOKEN_TO_BE_REPLACED

India has seized nearly three tons or $2.72 billion worth of Afghan heorin shipped from Iran. END_OF_DOCUMENT_TOKEN_TO_BE_REPLACED

Iran's foreign ministry spokesman has said that nuclear talks with world powers will start in a few weeks but has not given a firm date. END_OF_DOCUMENT_TOKEN_TO_BE_REPLACED