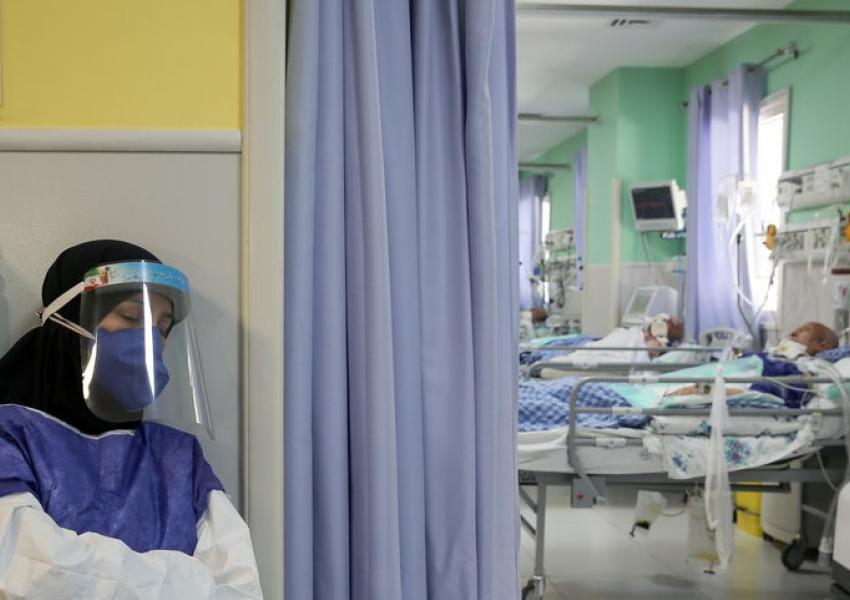 Fatalities from Covid-19 are seven times the official figures, at least in some of Iran, Dr Kourosh Halakouei-Naeini, a professor of epidemiology at Tehran University of Medical Science, told Javan newspaper in an interview published Wednesday. He criticized the health ministry for underreporting deaths and said the pandemic had been allowed to spread as well-placed individuals made financial gains.

The publication of the story in a newspaper widely believed to be close to the  Revolutionary Guards (IRGC) may reflect factional rivalries over an already-politicized pandemic. While underreporting of deaths has been suggested by health professionals since April 2020, Javan’s story may suit the incoming administration of President Ebrahim Raisi (Raeesi) in blaming the government of former president Hassan Rouhani for any ills, including the extent of Covid.

Attacks on outgoing health minister Saeed Namaki have sharpened in recent days. Hossein-Ali Haji-Deligani, a former high-ranking IRGC officer and a hardline lawmaker, wrote to Namaki blaming him for the slow pace of vaccination. Namaki hit back at critics in a letter Wednesday to the families of health workers who have died from Covid, writing that "those who benefitted” financially from US sanctions, which many analysts suggest includes the IRGC, used the acquisition of vaccines to undermine his and the ministry's efforts.

But many Iranians criticize Supreme Leader Ali Khamenei for banning American and British vaccines in January for the current fifth devastating Covid wave.

Aside from the factionalizing, Halakouei-Naieni’s figures are startling. A sevenfold increase would put deaths in Iran near 700,000, higher than the far more populous United States at 625,000 and Brazil at 575,000, the largest totals worldwide. Iran has reported over 103,000 deaths and over 4.76 million infections since February 2020. While media and local officials have long said health ministry figures − based on positive PCR test results − underplay the extent of the pandemic, they have put the actual number of deaths at 2.5 to three times higher.

Halakouei-Naieni said he had based his calculations on monitoring statistics since the pandemic’s onset and suggested the health ministry “manipulates the data.” He argued that peaks above current levels − 709 deaths were reported Tuesday, the highest daily figure yet – should be prevented by a "martial law-style lockdown" and vaccination within four or five months of at least 70 percent of the population, a level achieved in only around ten, mainly small, countries worldwide and far above Iran’s current fully-vaccinated rate of 5.3 percent. The economy was at great risk otherwise, he said.

Halakouei-Naieni told Javan that Covid had been deliberately allowed to spread for financial gain. Health officials had "let the virus loose for the benefit of some people" with stakes in drugs companies: "It's as if this disease ensures the interests of some people and the conflict of interests has prevented planning for containment of the coronavirus.”

While corruption allegations are a staple of Iranian politics, there have been repeated suggestions that Khamenei's ban on importing of US- and United Kingdom-made vaccines, served those with financial interest in developing a domestic vaccine. This, some argue, explained the ban rather than the track record of Western drugs companies in testing products in developing countries.

Haji-Deligani’s latest attack on Namaki accused him, among other sins, of ignoring Khamenei’s lead, even though the supreme leader’s ban slowed down Iran’s pandemic response. Khamenei recently gave the go-ahead to procure US-made Pfizer and Moderna vaccines, effectively lifting the ban. Covid infections and deaths have risen rapidly since early July, stretching the capacity of hospitals as families struggle to pay for medicines. 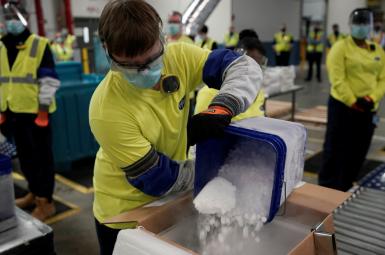 Iran's president Ebrahim Raisi addressed the UN General Assembly saying his country wants a resumption of nuclear talks with world powers to lead to the removal of US sanctions. END_OF_DOCUMENT_TOKEN_TO_BE_REPLACED

President Joe Biden told the UN General Assembly on September 21 that he will prevent Iran from getting nuclear weapons. END_OF_DOCUMENT_TOKEN_TO_BE_REPLACED

India has seized nearly three tons or $2.72 billion worth of Afghan heorin shipped from Iran. END_OF_DOCUMENT_TOKEN_TO_BE_REPLACED

Iran's foreign ministry spokesman has said that nuclear talks with world powers will start in a few weeks but has not given a firm date. END_OF_DOCUMENT_TOKEN_TO_BE_REPLACED

Shahin Naseri, a fellow prisoner who gave evidence in the murder trial of Navid Afkari that the wrestler had been beaten to secure a confession, is reported dead by other inmates.
1 hour 33 min ago

The new secretary of Iran's Expediency Council Mohammad Bagher Zolghadr is a former senior IRGC commander like his predecessor Mohsen Rezaei and a hardline political operator.
22 hours 54 min ago