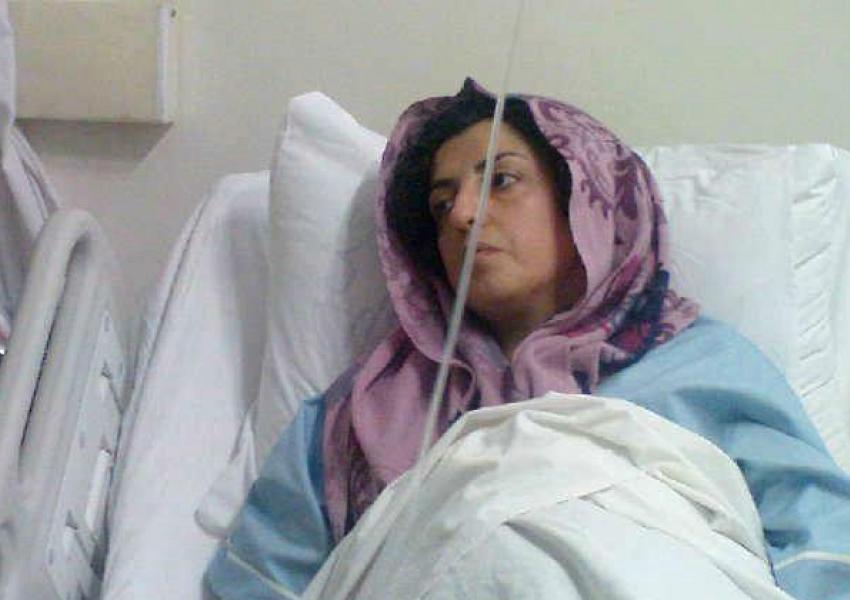 Physical and verbal sexual harassment and abuse, including forcing young female prisoners to undergo virginity tests, are prevalent in prisons and systematically used by interrogators, Mohammadi told thousands tuned in to the five-hour-long session on the Clubhouse application.

"They have been trained to break female prisoners," she told the participants. Mohammadi alleged that the governor of Evin prison, Tehran, had assaulted and touched her inappropriately when she refused to get into a vehicle when being transferred. "He pushed me in the car,” she said. “My lower body was still out. He grabbed my bottom shamelessly and pushed me inside, then sat on my legs.”

This was just the start, Mohammadi said. "After a beating up and insults, he pushed his head in my hair, and called me by my first name in a very disgusting tone. He told me to light up his cigarette for him but I crushed the cigarette. I have been sentenced for disobeying him.”

Touching unrelated women in any way is strictly against religious and traditional norms of Iranian society. The government itself forces women to cover their hair and bodies from the gaze of unrelated men. Even calling them by their first name, as Mohammadi said the governor did, is highly frowned upon.

"Should I have obeyed him?" Mohammadi rhetorically asked Chief Justice Ebrahim Raeesi (Raisi), a leading candidate in the June 18 presidential elections.

Mohammadi, who has been nominated for a Nobel Peace Prize by Amnesty International in Norway and two Norwegian parliament members, said her recent sentence to 30 months in prison and 80 lashes for disobeying the prison governor resulted from the incident she described.

Mohammadi said such forms of abuse are used even against devout women and recounted an incident where one was called a prostitute. "The interrogator pushed some money under her headscarf and asked her to sleep with him in return for the money," she told Clubhouse participants. She went on to speak of a former cellmate, a woman imprisoned on financial charges, who had been touched sexually by her interrogators. "Interrogators had abused her badly, touched her breasts, which made her mentally ill."

City officials in Iran's capital Tehran are planning to put locks on large waste containers in the streets to prevent garbage pickers from accessing waste. END_OF_DOCUMENT_TOKEN_TO_BE_REPLACED

The Biden Administration has confirmed to the US Congress that sanction imposed by its predecessor on Iran have drastically reduced Iran's trade with the world. END_OF_DOCUMENT_TOKEN_TO_BE_REPLACED

The UK government said on Sept 20 that Britain would "not rest" until all its dual nationals being held in Iran were returned home. END_OF_DOCUMENT_TOKEN_TO_BE_REPLACED