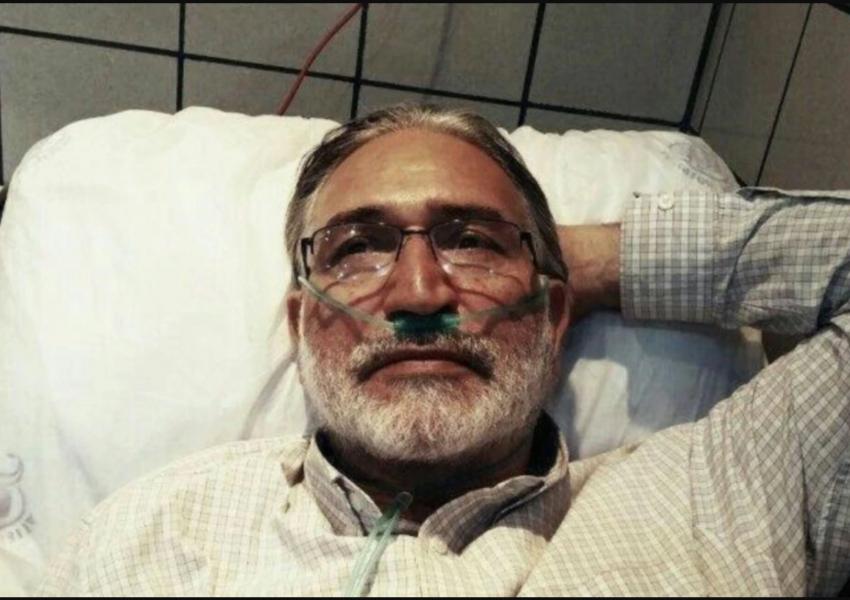 Fourteen dissidents in Iran, some in jail, have issued a statement Sunday demanding the release of all political prisoners in the country. The dissidents, who had issued a statement two years ago demanding the resignation of Supreme Leader Ali Khamenei and the abolishment of the Islamic Republic, were arrested in August 2019. At least five are still in Tehran and Mashhad prisons.

The new statement published online is signed by the dissidents and their families, saying political prisoners should be released without any precondition. Iran charges dissidents with vague accusations, such as threatening security or insulting sanctities and refuses to admit there are detainees who are in jail for expressing their opinions.

“Expressing opinions, criticism, protest and apposition to despotism” are the constitutional rights of all citizens, the signatories say. The dissidents are all well-known journalists, writers and activists, including filmmaker and journalist Mohammad Nourizad, who was a staunch defender of the Islamic Republic until 2009, when he joined the opposition Green Movement and was jailed in 2010.

United Nations human rights experts expressed concern on May 4 over Nourizad’s situation in prison, calling his case "emblematic" of the situation faced by many Iranian political activists in detention.

"His health has reportedly deteriorated so severely that he risks serious complications and possible death if he remains in prison and does not receive appropriate medical care," warned a statement signed by Javaid Rehman, Special Rapporteur on human rights in the Islamic Republic of Iran, Nils Melzer, Special Rapporteur on torture and other cruel and inhuman or degrading treatment or punishment, and several other UN experts.

During his stay in prison, Nourizad has reportedly attempted suicide and began to self-harm as a form of protest on February 19. He has also gone on hunger strikes and refused to take medication, most recently since March 10, to object against his imprisonment and his family's treatment by the authorities.

The experts said Nourizad being deprived of adequate medical care for his heart condition might “amount to torture and other forms of cruel, inhuman and degrading treatment." Their statement said many Iranians were detained for "merely exercising their right to freedom of expression" and reminded the Iranian government that this was "a clear violation of several of their human rights obligations under the [United Nations] International Covenant on Civil and Political Rights."

After the publication of the first statement by the fourteen dissidents in June 2019, fourteen women activists also issued a separate call for Khamenei’s resignation in July of that year. At least two of the female dissidents, Giti Pourfazel and Zahra Jamali are still n prison.

City officials in Iran's capital Tehran are planning to put locks on large waste containers in the streets to prevent garbage pickers from accessing waste. END_OF_DOCUMENT_TOKEN_TO_BE_REPLACED

The Biden Administration has confirmed to the US Congress that sanction imposed by its predecessor on Iran have drastically reduced Iran's trade with the world. END_OF_DOCUMENT_TOKEN_TO_BE_REPLACED

The UK government said on Sept 20 that Britain would "not rest" until all its dual nationals being held in Iran were returned home. END_OF_DOCUMENT_TOKEN_TO_BE_REPLACED