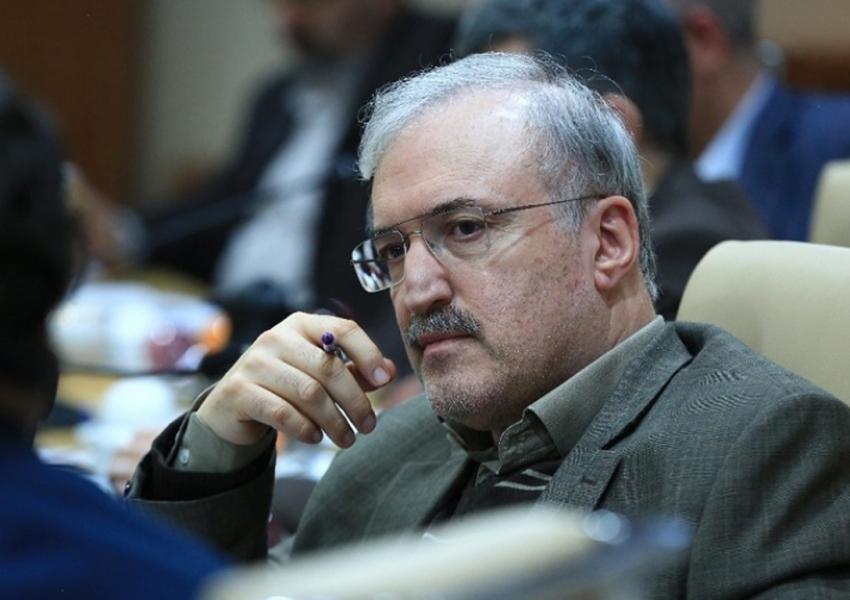 The people and officials in the underprivileged south-eastern Sistan and Baluchestan Province have protested to the poor performance of Iran's Health Ministry in controlling the COVID-19 pandemic.

On Sunday, people in the province prevented Heath Minister Saeed Namaki from opening a new maternity hospital just before he cut the ribbons, protesting that there was no equipment or personnel in the building.

Namaki who had earlier ruled out criticisms about the situation in Sistan and Baluchestan as attempts to disparagingly belittle the ministry's endeavors, acknowledged that there were shortcomings in the province's heath system. However, he blamed local officials for those shortcomings.

Speaking before opening the hospital, he further promised to deal with those who are responsible for the poor quality of medical services in the province. "It is a shame that we have a hospital with 220 beds, but there is no air conditioning available for patients." Namaki did not say anything about the absence of medical equipment at the hospital.

Namaki has been the target of a lot of criticism and even ridicule in recent days, for making exaggerated claims about local vaccine development, excellent results in fighting Covid-19 and calling himself “the general fighting corona”. In the meantime, thousands of people have been traveling to neighboring Armenia, a small and poor country, to receive free vaccination, as Iran lags behind most other countries in the region by vaccinating just a few percent of its population.

There were numerous complaints in traditional and social media about the shortcomings in the province's medical system, particularly after the new wave of the Delta variant of coronavirus infected and subsequently killed many people in Sistan and Baluchestan.

Namaki claimed the hospital he was opening was far better than hospitals in Tehran. This comes while at a meeting at the provincial disease control center, officials said: "We should acknowledge this as an undesirable reality that the health system in Sistan and Baluchestan Province did not meet standards."

Lawmaker for Zahedan, Fada Hossein Maleki ruled out Namaki's comments as "sheer lies," and promised to file a complaint against the health minister. Meanwhile, saying that an indictment has been made against Namaki, the local prosecutor added that only legal prosecution will be a proper answer to what Namaki has said.

Hardline daily Farhikhtegan, which is affiliated to the Islamic Azad University has quoted local authorities as saying the death rate in the province was higher than official figures. One local manager accused the health system of selling the medication that should be offered to COVID patients for free, said the daily.

Meanwhile, Moeineddin Saeedi, the lawmaker for Chabahar said during a meeting of the disease control center that the shortage of hospital beds, nurses, other human resources and medical equipment have created a catastrophic situation particularly in Chabahar, Nik Shahr, Ghasr-e Ghand, Konarak, Zarabad and Dashtiari. The MP, further added that there is no hospital in any one of the four cities.

The MP for Zahedan, Hosseinali Shahriari also said that Zahedan’s sole hospital does not have air conditioning as well as enough beds and other medical equipment. He added that the old hospital of Chabahar could collapse even as a result of a slightly strong earthquake.

Iran's president Ebrahim Raisi addressed the UN General Assembly saying his country wants a resumption of nuclear talks with world powers to lead to the removal of US sanctions. END_OF_DOCUMENT_TOKEN_TO_BE_REPLACED

President Joe Biden told the UN General Assembly on September 21 that he will prevent Iran from getting nuclear weapons. END_OF_DOCUMENT_TOKEN_TO_BE_REPLACED

India has seized nearly three tons or $2.72 billion worth of Afghan heorin shipped from Iran. END_OF_DOCUMENT_TOKEN_TO_BE_REPLACED

Iran's foreign ministry spokesman has said that nuclear talks with world powers will start in a few weeks but has not given a firm date. END_OF_DOCUMENT_TOKEN_TO_BE_REPLACED