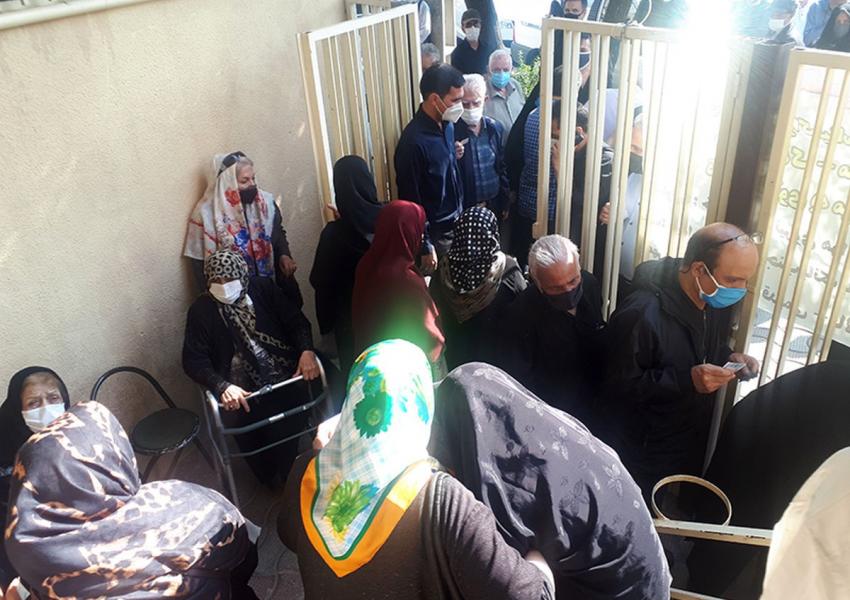 In scathing criticism on Wednesday, head of Tehran’s Covid-19 taskforce attacked Iranian government’s response to the pandemic in the past 18 months, saying that much more money was spent on medicines than it would have cost to import vaccines in time.

Iran did not act soon enough to purchase Covid vaccines earlier this year, as Supreme Leader Ali Khamenei in January banned the purchase of American and British vaccines. Iran tried to import Russian and Chinese vaccines later, but the quantity it received was only a few million doses.

Alireza Zali told reporters that “Medicines ended up costing a few times more than if vaccines were bought, but they did not allow it because they thought it would cost too much.”

Khamenei did not mention cost when he banned Western vaccines. His argument was based on a conspiracy theory that the United States and the United Kingdom could not be trusted with something that would be injected into the population. Many medicines used in Iran, as in other countries, were developed in the US and Britain or by American and British companies.

Zali said that Iran spent 720 million euros ($830 million) on Remdesivir instead of buying vaccines. He rejected the argument that US sanctions did not allow Iran to purchase and import vaccines. “How come we pay triple for importing oil industry equipment but could not bring vaccines,” he quipped.

Zali also criticized the reluctance of the authorities to put in place lockdowns and quarantine pandemic hotspots early on in 2020. He mentioned the example of of the religious city of Qom where the first cases emerged in February last year.

He also admitted that Iran lied to the World Health Organization about the number of Covid cases and deaths, when WHO officials visited early in the pandemic. “Instead of getting their advice [about Covid] we were constantly asking them to praise Iran’s health system in the international media,” Zali said.

He added that “We rejected international assistance and we turned away a team sent by Doctors Without Borders. While we had little information about the virus, we did not seek foreign advice. Why China, which is our close friend, does not give us enough vaccines?”

Outgoing foreign minister Mohammad Javad Zarif also posted a statement on Instagram, bitterly complaining about “unfair” criticism of the foreign ministry for not securing enough vaccines. He did not name his detractors, but Iran’s hardliners have been attacking Zarif for the past three years for the nuclear deal, lack of international trade relations and whatever issues they can find.

Zarif said that his proposal last August to secure a supply of Chinese vaccines was rejected while the United Arab Emirates later concluded a deal with Beijing and was able to implement plan of mass vaccination. Nevertheless, he insisted that whatever quantities of vaccines imported so far and raw material needed for production of medicines in Iran was secured with the efforts of the foreign ministry.

Zali warned that the public should expect “much worse news” regarding the pandemic in the coming weeks. Iran has vaccinated just 10 percent of its population, while infections and deaths have broken records in the past few days. Hospitals and top doctors speak of shortages of oxygen, hospital beds, equipment, and even ambulances and space in cemeteries.

Iran's president Ebrahim Raisi addressed the UN General Assembly saying his country wants a resumption of nuclear talks with world powers to lead to the removal of US sanctions. END_OF_DOCUMENT_TOKEN_TO_BE_REPLACED

President Joe Biden told the UN General Assembly on September 21 that he will prevent Iran from getting nuclear weapons. END_OF_DOCUMENT_TOKEN_TO_BE_REPLACED

India has seized nearly three tons or $2.72 billion worth of Afghan heorin shipped from Iran. END_OF_DOCUMENT_TOKEN_TO_BE_REPLACED

Iran's foreign ministry spokesman has said that nuclear talks with world powers will start in a few weeks but has not given a firm date. END_OF_DOCUMENT_TOKEN_TO_BE_REPLACED