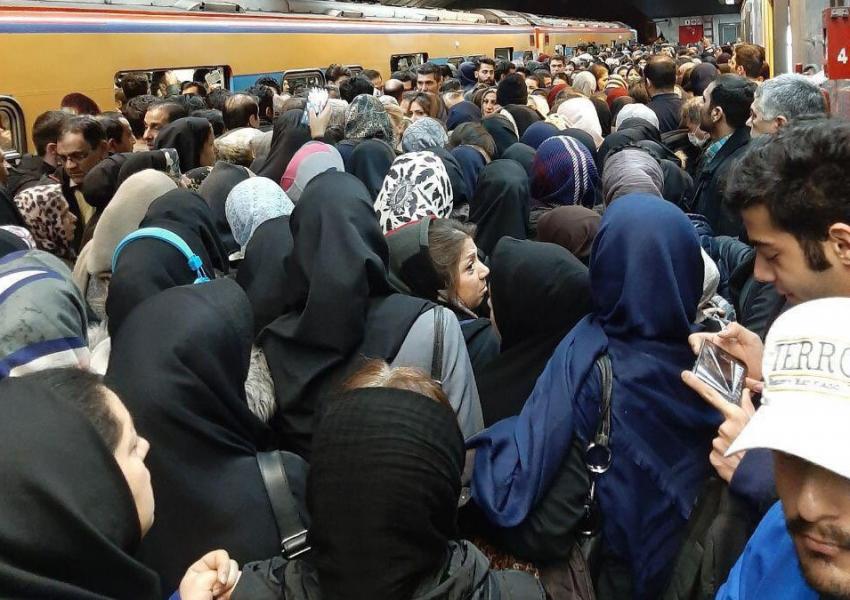 The Iranian Parliament on Tuesday approved a law that obliges government and state entities to encourage marriage and childbearing, stipulates punishments for failing to do so, and bans any activity that encourages birth control. The law also bans government health services from offering family planning services including contraceptives, vasectomies and tubectomies operation.

The law passed also stipulates that content on family planning in university textbooks should be replaced with material on an "Islamic-Iranian lifestyle," with a framework drawn up in cooperation with religious seminaries and the Islamic Propaganda Organization. Media and cyberspace content, based on the new law, should be supervised to prevent the encouragement of smaller families – while public television will be barred from airing any advertisements featuring families with one or two children.

Parliament on Tuesday also passed a measure scrapping embryo screening for genetic diseases or disability, tests that are carried out routinely during pregnancies by government health centers. The government of President Hassan Rouhani opposed the measure.

Both Iran's Shiite religious establishment and political hardliners have long expressed worry over an ageing population. Health Minister Saeed Namaki in a letter to Supreme Leader Ali Khamenei in November 2019 said a fertility rate of 1.84 confirmed such concerns. Iran's population has doubled from around 40 million in the early 1980s to 84 million now, but Khamenei has repeatedly stressed that it should rise to at least 150 million to avoid having an elderly population.

Government family planning programs – including free contraceptives and vasectomies at governmental healthcare facilities opened in the 1980s – have been gradually abandoned over past ten years with those defending family planning dubbed enemy "infiltrators." Population growth rate has dropped from 4 percent in the 1980s to 1.5-2 percent. While some argue economic factors including unemployment and inflation play a role, academic studies have linked a falling birth rate to the growth in women’s access to education.

In November 2019 Brigadier General Ali Fadavi who holds the second highest position in the Revolutionary Guards (First Deputy Commander-in-Chief) told Basij militia women they should be "pioneers" with at least five children. Hardliners and religious figures say the enemies of the Islamic Republic and Shiism use cultural propaganda to convince families, and women in particular, that it is better to have fewer children while at the same time sending Sunnis to Iran to increase their numbers.

In April 2014 Ayatollah Jafar Sobhani, a prominent Shiite sources of emulation in the city of Qom, warned that the Saudis were plotting to obliterate the "absolute majority of Shiites in all Iranian cities."

Ayatollah Ahmad Alam ol-Hoda, Friday Prayer Leader of Mashhad, in the same month warned of a rise in the Sunni population of the city due to increasing numbers of Pakistani and Afghan immigrants. Alam ol-Hoda accused the "World Arrogance,” a term usually applied to the United States and Western countries, of plotting to harm Iran with the help of Wahhabis, followers of Saudi Sunni theology. Alam ol-Hoda urged security bodies to expel Sunni immigrants from the country.

City officials in Iran's capital Tehran are planning to put locks on large waste containers in the streets to prevent garbage pickers from accessing waste. END_OF_DOCUMENT_TOKEN_TO_BE_REPLACED

The Biden Administration has confirmed to the US Congress that sanction imposed by its predecessor on Iran have drastically reduced Iran's trade with the world. END_OF_DOCUMENT_TOKEN_TO_BE_REPLACED

The UK government said on Sept 20 that Britain would "not rest" until all its dual nationals being held in Iran were returned home. END_OF_DOCUMENT_TOKEN_TO_BE_REPLACED