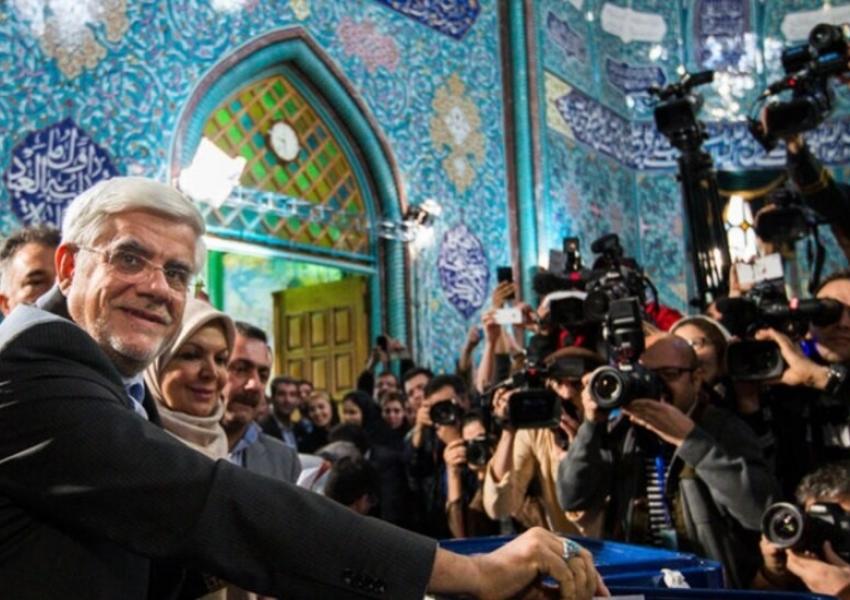 Iranian media generally concur that Iran's reformists have no chance for a political comeback anytime soon even as minor players, largely because of the conservative takeover of the Parliament and Presidency which started with the 2020 parliamentary elections and was completed with the 2021 presidential vote that brought hardliner Ebrahim Raisi to power.

Some media outlets such as the pro-reform Fararu believe the reformists' defeat is deeply rooted. They have lost the chance to win even in local elections in Tehran and elsewhere in Iran. That was an area of democratic activity where vetting by the country's hardliners is minimal.

Reformist Sharq daily has divided the reformists into three groups in the post-election situation. The first group, according to Sharq, are those who see no place for reformism in the "new Iran", as President Ebrahim Raisi (Raeesi) has characterized it. This group includes activists such as former deputy interior minister Mojtaba Tajzadeh who has said the reformists can only migrate to social media for political activism as there is no room for them in the streets.

However, this group mainly blames the hardline constitutional watchdog the Guardian Council controlled by Supreme Leader Ali Khamenei, for preventing reformists from running for office. But this is not something new. The hard core of the Iranian regime has been working hard since 2005, even at the expense of political upheavals and scandals, to prevent reformists from gaining any influence.

The engineered election that brought Mahmoud Ahmadinejad to power in 2005 exposed the IRGC and Khamenei role in engineering the elections, and the disputed 2009 election led to an upheaval that brought millions to the streets in protest to a rigged election, but the security forces' bloody crackdown smoothened the rough road for hardliners.

In 2013 and 2017, the regime again prevented even remotely reformist characters such as former President Akbar Rafsanjani from running in elections.

The second group of reformists, according to Sharq, are aware that they cannot be serious players any longer, but they still believe that by being politically active and criticizing President Raisi and his administration they can contribute to political change in Iran. These include former reformist lawmaker Mahmoud Sadeghi and the right wing of the centrist Executives of Construction party. They believe Raisi is prepared to listen to critics so reformists should engage with him in a process of perpetual criticism. They also believe that leaving the scene altogether will leave no room for reformists in the future of Iran.

The third group that can hardly be characterized as reformists insists to be named so. They even set up a campaign for Raisi under the banner of "Reformists supporting Raisi," a paradoxical title that made them known as opportunists ahead of the presidential election while Raisi never acknowledged their presence. Raisi was clever enough to know that their only motivation was to win positions in the Raisi administration.

No need for reformists

However, Raisi has visibly distanced himself from reformists and moderates by choosing all his aides and ministers from among ultra conservatives close to former President Ahmadinejad and the ultra-conservative Paydari party. The only official he chose that was remotely a moderate, is his nuclear chief Mohammad Eslami who was Rouhani's roads minister.

Many reformist pundits including Professor Sadeq Zibakalam of the University of Tehran observed before and after the June elections that reformists have lost their popularity irreparably by not having a well-defined strategy and an officially named leader. Former President Mohammad Khatami has always refrained from assuming a position of leadership and has never named another leader.

Self-declared reform leaders such as former Vice President Mohammad Reza Aref shot themselves in the foot by keeping silent for four years in Iran's parliament claiming that they were following a strategy of silence while their political rivals were vocal. Even worse, in the 2016 parliamentary elections, reformists included some hardliner individuals in their lists and campaigned for them, badly offending their own grassroots.

In the June presidential election, Iran’s reformists hoped to support former conservative parliament speaker Ali Larijani who was finally disqualified as a candidate by the Guardian Council. This and their later attempts to win Raisi's heart to recognize them as players or at least timid critics, are indicative of Iranian reformists' confusion and desperation.

Iran's president Ebrahim Raisi addressed the UN General Assembly saying his country wants a resumption of nuclear talks with world powers to lead to the removal of US sanctions. END_OF_DOCUMENT_TOKEN_TO_BE_REPLACED

President Joe Biden told the UN General Assembly on September 21 that he will prevent Iran from getting nuclear weapons. END_OF_DOCUMENT_TOKEN_TO_BE_REPLACED

India has seized nearly three tons or $2.72 billion worth of Afghan heorin shipped from Iran. END_OF_DOCUMENT_TOKEN_TO_BE_REPLACED

Iran's foreign ministry spokesman has said that nuclear talks with world powers will start in a few weeks but has not given a firm date. END_OF_DOCUMENT_TOKEN_TO_BE_REPLACED