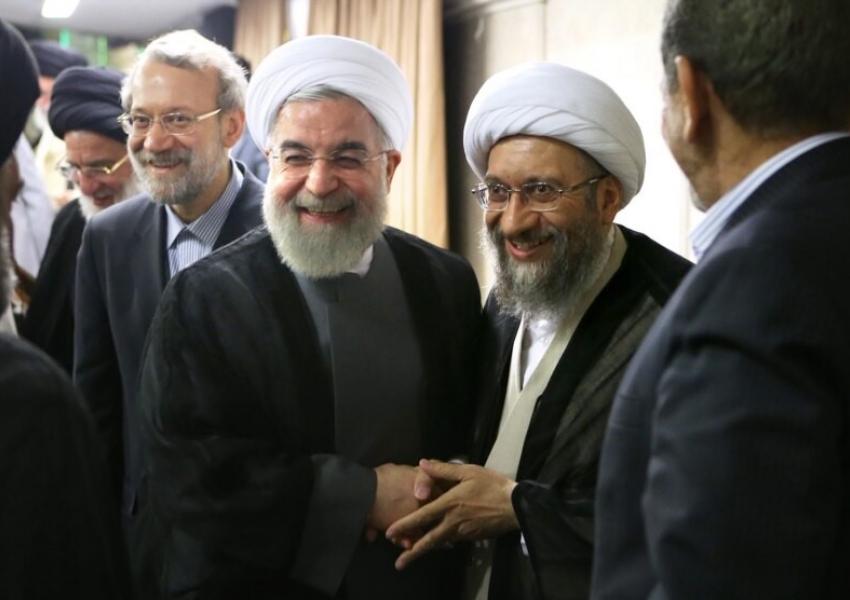 The Islamic Republic of Iran's Supreme Leader Ali Khamenei responded so quickly to Guardian Council member Sadeq Amoli Larijani's resignation on Saturday that many Iranian social media users came to believe that in fact Larijani was forced out.

Subsequently, the media speculated whether Larijani was kicked out of the Iranian political system altogether. This is unlikely, at least for the time being, as he still keeps his position as the Chairman of the Expediency Council, a think tank of ex-presidents and former officials, nicknamed by witty Iranians as the "dustbin of history."

Sadeq Larijani wrote after the presidential election in June that he was annoyed that the Guardian Council had barred his brother’s candidacy based on "forged" evidence. Ali Larijani, the former parliament speaker and a long-time confidant of Supreme Leader Ali Khamenei was eyeing the presidency and had nominated himself for the post.

The aspiring former parliamentary leader who helped the quick approval of the 2015 nuclear deal by parliament in 2014, complained a couple of times about his disqualification but no one paid any attention to him. No one other than Khamenei who acknowledged that his disqualification was "not fair" but did not take the matter any further. 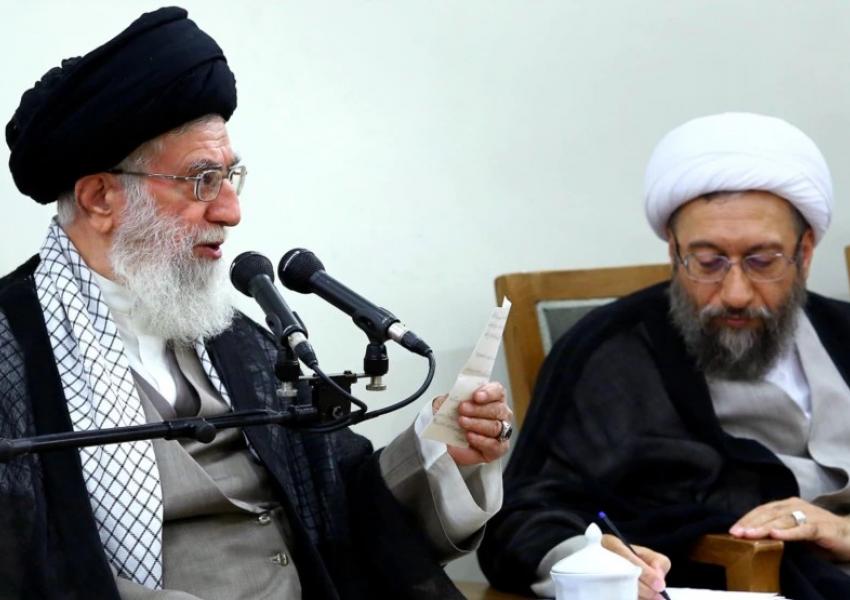 The five Larijani brothers, the sons of once a highly influential grand ayatollah Mirza Hashem were serving in top positions until quite recently. The process that led to the gradual loss of political capital by the Larijani brothers started by former ultraconservative President Mahmoud Ahmadinejad who accused them of corruption toward the end of his tenure in 2013 and even produced a video at the parliament showing a junior Larijani, Bagher Larijani, asking one of Ahmadinejad's aides for bribes for favors by his brothers who were on top of the parliament and the Judiciary at the time.

Another Larijani, former Deputy Foreign Minister and Deputy Chief Justice Mohammad Javad Larijani was kicked out of the system when he was implicated in a major case of land grab in Varamin near Tehran, but his brother's Judiciary cleared him of the charges. Yet another brother, who was a diplomat in Canada has not been heard of in recent years.

Anecdotal insider reports indicate that Sadeq Larijani might spend the rest of his life at the seminary, and in fact, Iranian news agencies reported on Saturday that he has started a course on advanced jurisprudence at his lavish seminary in Qom for which other hardliner clerics harshly criticized him and branded him as an aristocrat.

But the Larijanis have not been completely expelled from the ruling elite. Ali Larijani is still officially Khamenei's representative to follow up on the controversial 25-year trade agreement between Iran and China and his brother Sadeq is still officially serving as the head of the Expediency Council. Until Khamenei introduces replacements for the Larijanis they would effectively remain part and parcel of the regime although their powers have been extremely curtailed.

The quick dramatic changes in the Iranian political landscape, could be a prelude to setting the scene for the post-Khamenei era, some Iran analysts have argued. Sadeq Larijani was once one of those who was seen as a likely successor to Khamenei. Another contender was former president Hassan Rouhani who seems to have been left out of the system by Khamenei.

This dynamic leaves Ebrahim Raisi as the only man standing. He has a not-so-rough road ahead of him to rise as the new Supreme Leader after Khamenei. Some observers have said that Raisi can share or entirely delegate the position to Khamenei's ambitious son Mojtaba, who is said to be steering the dynamics by pulling strings from ‘behind the curtain’. This plot did not work for Ayatollah Ruhollah Khomeini's son, Ahmad, who died or was killed by his political rivals. It may or may not work for Mojtaba.

Iran's president Ebrahim Raisi addressed the UN General Assembly saying his country wants a resumption of nuclear talks with world powers to lead to the removal of US sanctions. END_OF_DOCUMENT_TOKEN_TO_BE_REPLACED

President Joe Biden told the UN General Assembly on September 21 that he will prevent Iran from getting nuclear weapons. END_OF_DOCUMENT_TOKEN_TO_BE_REPLACED

India has seized nearly three tons or $2.72 billion worth of Afghan heorin shipped from Iran. END_OF_DOCUMENT_TOKEN_TO_BE_REPLACED

Iran's foreign ministry spokesman has said that nuclear talks with world powers will start in a few weeks but has not given a firm date. END_OF_DOCUMENT_TOKEN_TO_BE_REPLACED

Shahin Naseri, a fellow prisoner who gave evidence in the murder trial of Navid Afkari that the wrestler had been beaten to secure a confession, is reported dead by other inmates.
1 hour 9 min ago

The new secretary of Iran's Expediency Council Mohammad Bagher Zolghadr is a former senior IRGC commander like his predecessor Mohsen Rezaei and a hardline political operator.
22 hours 29 min ago