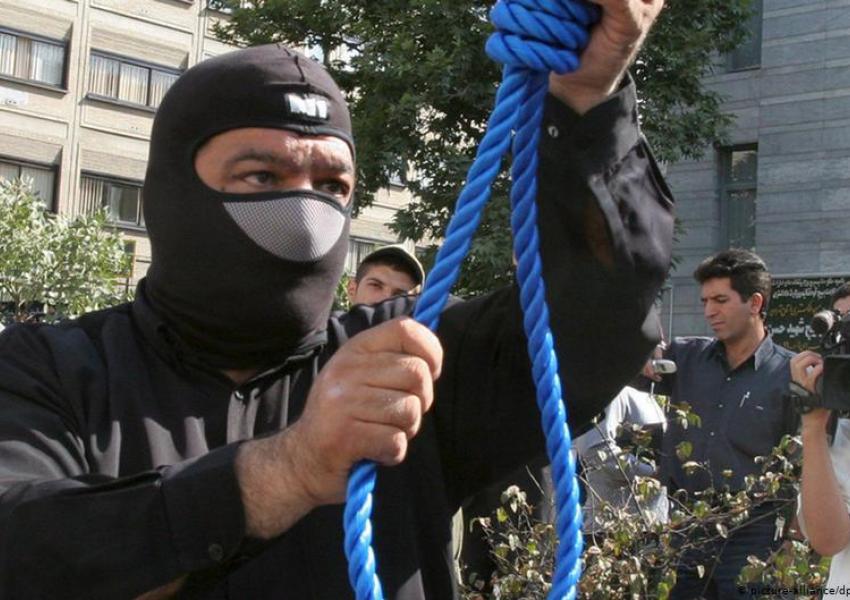 Iran executed at least 249 people while security forces shot dead 101 in the 12 months in the year 1399 in the Iranian calendar ending March 20, Human Rights Activists News Agency (HRANA) said in its annual report.

The report published on March 18 says of 249 executions − including 7 women and 4 child offenders, those 18 or younger at the time they committed the crime − registered by the United States-based Human Rights Activists Association, one was carried out in public. During the same period 78 others were sentenced to death without the sentence being carried out: two of these were child-offenders.

According to HRANA, during the past 12 months security forces shot at 250 citizens on various occasions, leading to the deaths of 101. Thirty-seven of those shot dead by security forces or border guards were porters in western Iran known as kolbar/kulbar (in Persian and Kurdish), who are mainly Kurds living in the provinces of West Azarbaijan and Kurdistan. Smuggling has long been a way of life along the mountainous borders between Iran, Turkey and Iraq.

The practice of kolbari − originally developed as a way of evading import-export restrictions, alcohol for instance, or tax – has evolved into part of the culture and economy of Iran’s Kurdistan and West Azarbaijan provinces. The number of kolbars shot dead by border guards is far higher than in 2016 when 22 were killed. Iranian media and some politicians have argued that economic hardship and poverty currently gripping Iran has left no choice for many but to work as porters caryying goods.

Twenty-six human mules were shot dead on the borders of other neighboring countries, including Pakistan. In late February there were protests and riots in several towns and cities in the south-eastern province of Sistan-Baluchestan after at least 10 fuel mules were killed by border guards and Revolutionary Guards in Saravan. Fuel carriers are known as soukhtbar in Persian and Baluchi.

City officials in Iran's capital Tehran are planning to put locks on large waste containers in the streets to prevent garbage pickers from accessing waste. END_OF_DOCUMENT_TOKEN_TO_BE_REPLACED

The Biden Administration has confirmed to the US Congress that sanction imposed by its predecessor on Iran have drastically reduced Iran's trade with the world. END_OF_DOCUMENT_TOKEN_TO_BE_REPLACED

The UK government said on Sept 20 that Britain would "not rest" until all its dual nationals being held in Iran were returned home. END_OF_DOCUMENT_TOKEN_TO_BE_REPLACED