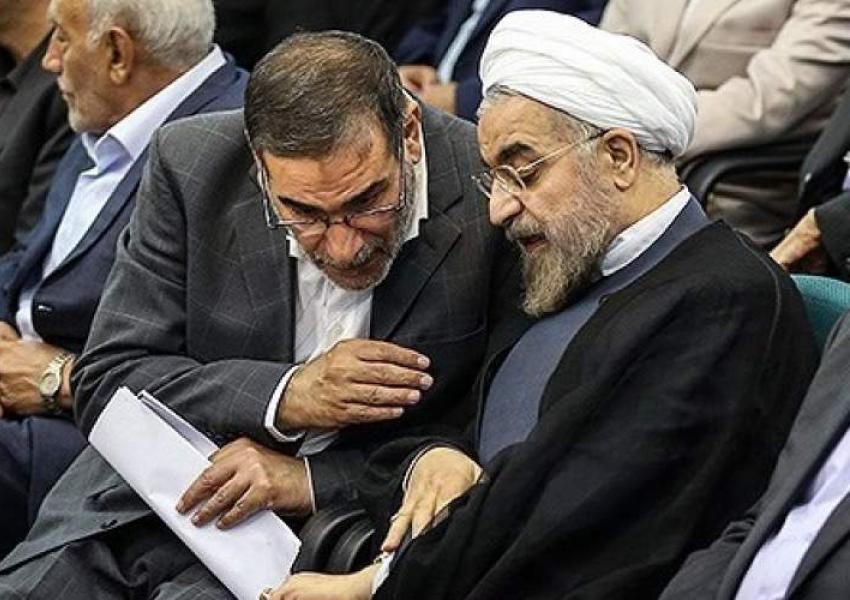 Spokesman of the Secretariat of Iran's Supreme National Security Council (SNSC), Keyvan Khosravi, has repudiated remarks made by government spokesman Ali Rabiei Tuesday suggesting a SNSC committee had rejected a potential agreement drafted in Vienna during Tehran’s talks with world powers over reviving the 2015 nuclear deal, the JCPOA (Joint Comprehensive Plan of Action). Rabiei said Tuesday the committee had found the text incompatible with legislation passed by Iran’s parliament in December.

"Contrary to what was said, the committee examined many important issues on which talks in Vienna did not reach a result due to the thuggish stance of the US side, and the European sides in some cases," Khosravi told Nour News, a website close to SNSC Secretary, Ali Shamkhani, within hours of Rabiei's press conference. "Clearly it is meaningless to speak of compatibility or incompatibility of something that does not exist.”

Differences between Shamkhani and President Hassan Rouhani, who heads the 20-strong council ex-officio, surfaced in December over legislation requiring the expansion of the nuclear program and reduced co-operation with the International Atomic Energy Agency (IAEA) if other JCPOA signatories failed “to fully deliver on their commitments toward Iran” under the agreement, including normalizing banking relations and removing obstacles to oil exports."

Rouhani saw the legislation as harmful to the chances of reviving the JCPOA with the incoming United States administration of Joe Biden, thereby lifting sanctions, and suggesting parliament had exceeded its remit. Shamkhani openly took parliament’s side, prompting Rabiei on December 9 to complain about an SNSC statement issued December 5 by suggesting the SNSC Secretariat had lobbied parliament in support of the legislation, without the knowledge of the president or the foreign ministry. Rear Admiral Shamkhani is not only the secretary of the SNSC, but also Supreme Leader Ali Khamenei's representative in the council.

Commenting on Rabiei’s latest remarks in a series of tweets Tuesday, former Rouhani political adviser Hamid-Reza Aboutalebi said talks to revive the JCPOA would have to start from scratch after the inauguration of President-elect Ebrahim Raisi (Raeesi) next month.

".. the United States which was under pressure due to international pressure in January 2021 is now exploiting the consensus against Iran and turning it into international diplomatic pressure," Aboutalebi wrote. "Considering that Vienna talks have adjourned and a new round of talks, from point zero, may possibly begin in October, and if the new administration even believes in negotiation, it is now not clear how long the talks may last and what may befall the country's economy due to sanctions.”

Many of those who supported Raisi’s election campaign and who have strongly opposed the JCPOA could be in a difficult position if the new president did not take a significantly different approach to the talks.  Insisting that the JCPOA worked as "brakes" on Iran, hardline lawmaker Mojtaba Zolnuri, who once set fire to a copy of the JCPOA in parliament, said July 17 he believed the new administration would "act strongly to realize the people's rights" but was unlikely to completely reject the 2015 agreement.

Iran's currency has dropped to its lowest level in one year due to pessimism over the chances of success in nuclear talks with the West. END_OF_DOCUMENT_TOKEN_TO_BE_REPLACED

A French presidency official has told reporters that Iran must return to nuclear talks with world powers to avoid an escalation. END_OF_DOCUMENT_TOKEN_TO_BE_REPLACED

Iran has rejected a US call to grant UN inspectors access to a nuclear site, saying Washington was not qualified to demand inspections without condemning a sabotage attack on the facility END_OF_DOCUMENT_TOKEN_TO_BE_REPLACED

The head of Iran's atomic energy organization, Mohammad Eslami, has arrived in Moscow for talks with the chief executive of Russian state nuclear firm Rosatom. END_OF_DOCUMENT_TOKEN_TO_BE_REPLACED