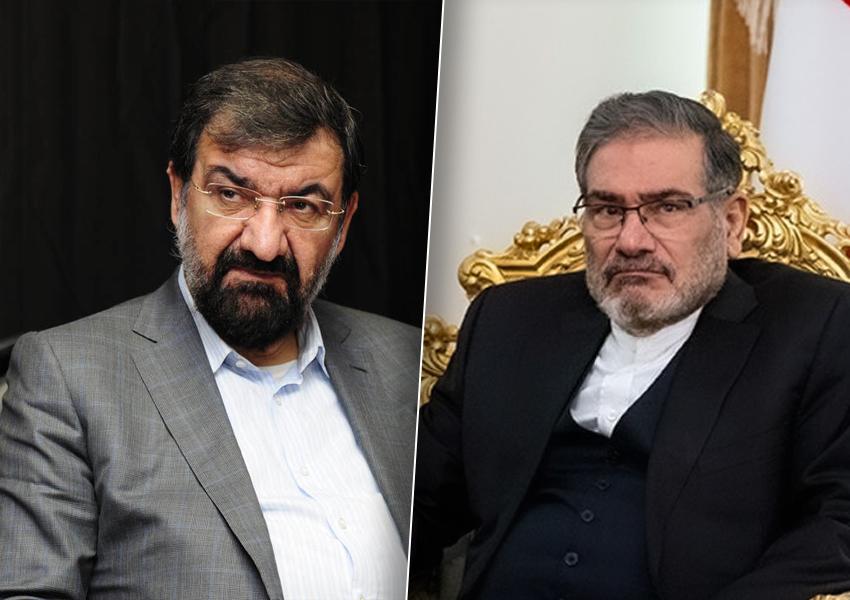 Nine months before Iran's next presidential election in June 2021, and while members of the leading political factions are in deep trouble shortlisting their candidates, the Revolutionary Guards appear to have made their decision about lining up their candidates.

During the past few days, several Iranian newspapers and news websites reported that a circle of IRGC's senior officers have been holding meetings about the election and mulling the idea of having a military man as their final candidate.

Last week, a reformist journalist close to the Rouhani administration, Farid Modarresi reported on Twitter that former IRGC Commander Mohsen Rezai who has been a presidential candidate three times in 2005, 2009, and 2013 has been holding meetings also attended by the Supreme Council of National Security Chief Rear Admiral Ali Shamkhani and Former Defense Minister General Hossein Dehghan, discussing the candidacy of a senior officer for the upcoming presidential election.

Newspapers in Tehran have been discussing General Dehghan's candidacy for a week now. He has been Iran's defense minister under both President Mahmoud Ahmadinejad and President Hassan Rouhani and is said to have played a key part in the deal with Russia over purchasing S-300 missiles for Iran.

But other Islamic Revolution Guard Corps characters also consider themselves as suitable candidates.

During the weekend, Majles Speaker Mohammad Bagher Ghalibaf spent some time in Khuzestan, a province that is in deep trouble including unemployment and water shortage. He met with tribesmen, unemployed workers, and people from underprivileged walks of life in the province.

The Tehran press and Iranian social media agreed that Ghalibaf, also a former candidate for three times, has already started his election campaign by trying to win hearts and minds. Some warned him that he was following the path of former populist president Mahmoud Ahmadinejad.

In a similar move, Shamkhani who comes from Khuzestan also shed his uniform and got into his ethnic Arab costume and went around among the tribesmen in the province in a bid for popularity.

The generals may have come to the conclusion that Iranian voters are disillusioned and disappointed with the country's reformists and conservatives, as both have failed to solve the country's economic and foreign policy crisis, as demonstrated in major political upheavals, and that it is time for the military to step in disguised as politicians.

But at the same time, the Guards know that they need the backing of at least one of the two political factions to do the political manoeuvring for them.

Last week, a leading member of the right-wing Militant Clergy Association, Gholamreza Mesbahi Moghaddam, said in an interview with Khabar Online website that conservative clerics do not mind having a president in uniform. He said that as long as military men are politically minded and committed to the essence of the regime, they can run for president.

With this blessing, now the IRGC top brass might think they are in an ideal position to start serious campaigning.

Some of them including Ghalibaf and Rezai have tried their luck thrice each. Shamkhani has also been a candidate competing with former reformist President Mohammad Khatami. Former oil Minister Ghasemi has started his re-branding by launching a Twitter account this week, however, his record as Ahmadinejad's oil minister is not likely to help varnish his profile.

Saeed Mohammad might be in a better position as he fits in the template Supreme Leader Ali Khamenei has provided for the new president: Militant, revolutionary and young. He is younger than everyone else in the line-up.

In Iran, it is easy to get into uniform or take it off. Rezai and Ghalibaf have done it more than once in their careers. The only things they need other than a good suit to outshine civilian candidates are the fine art of public speaking, that all of them lack, and the voters' trust, which is hard to secure. Their only advantage in this regard is that unlike civilian candidates, one or two of these military candidates do not have any embarrassing record as executive managers.

City officials in Iran's capital Tehran are planning to put locks on large waste containers in the streets to prevent garbage pickers from accessing waste. END_OF_DOCUMENT_TOKEN_TO_BE_REPLACED

The Biden Administration has confirmed to the US Congress that sanction imposed by its predecessor on Iran have drastically reduced Iran's trade with the world. END_OF_DOCUMENT_TOKEN_TO_BE_REPLACED

The UK government said on Sept 20 that Britain would "not rest" until all its dual nationals being held in Iran were returned home. END_OF_DOCUMENT_TOKEN_TO_BE_REPLACED