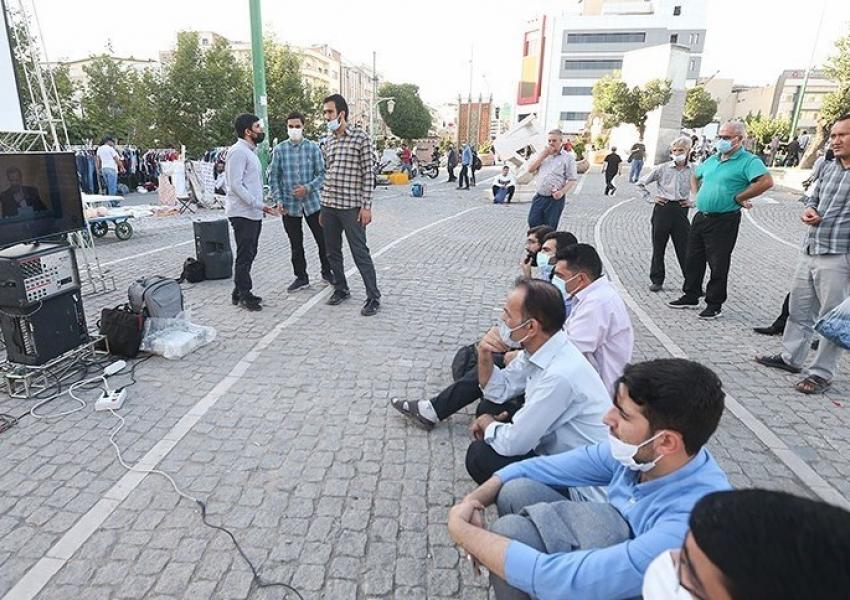 The governor of Tehran Province Anoushirvan Mohseni Bandpay, and a former centrist lawmaker Ezzatollah Yousefian Molla have expressed concern over the impact of the upcoming presidential election on Iran's foreign relations.

Amid concerns about a low turnout in June 18 vote, Bandpay said in an interview with the Iranian Labor News Agency ILNA that a high turnout in the election can boost Iran's bargaining power in the Vienna talks where Tehran and Washington have been holding indirect talks to revive the 2015 nuclear deal.

Meanwhile, former lawmaker Yousefian Molla said in another interview with ILNA that "A president winning the election with a low turnout will have very little bargaining power in the world," adding that "Even the winner of a low turnout election will be a loser."

He said: "It is essential that at least two of the hardline candidates withdraw their candidacy to make sure that a winner from their camp will have over 10 million votes as anything less than that will do harm to Iran's status in the international community."

Almost every opinion survey in recent weeks has shown a turnout of much less that 50 percent in the presidential poll. Estimates range from 27-40 percent, a historic low for the Islamic Republic. Rejection of key candidates by the election watchdog, the Guardian Council has not helped the situation.

Based on the likelihood of Chief Justice Ebrahim Raeesi winning the presidency, Yousefian Molla said that lawmakers Alireza Zakani and Amir Hossein Ghazizadeh Hashemi, two other conservative candidates, will most certainly withdraw their bid during the coming days and endorse the frontrunner.

He added that Expediency Council Secretary Mohsen Rezaei is not likely to withdraw his candidacy as he believes that he can win the election if not in the first round, in the run-up election. There will be a run-up election if no candidate wins half plus one of all the votes cast.

Former reformist lawmaker Daryoush Ghanbari said in interview with Etemad Online on Friday that all recent poll results show a rise in former central bank governor Abdolnasser Hemmati's chance for winning the election, although the polls also show that the number of those expected to take part in the election has been declining. Hemmati is seen as a reformist, centrist candidate.

Ghanbari said one of the reasons for the rise in Hemmati's popularity is that while other candidates have been constantly attacking each other or the Rouhani administration, Hemmati is the only candidate who speaks about real problems including the need to improve Iran’s relations with the West and institute financial reforms to remove international roadblocks for Iran’s international banking ties.

Hemmati made it clear that the five hardline candidates' plans are about producing poverty while his own plans stress support for the country's work force and the ways of producing wealth and empowering low-income strata of the society, Ghanbari said.

Discussing other matters about the upcoming election, Tehran's governor told ILNA that maintaining security for the election is a key issue and that some 20,000 security personnel have been assigned to keep the polls secure, with an additional 5,000 dedicated to the security of the election in the volatile western part of the province. That is the part where low-income Iranians took to the streets in the protests during 2018 and 2019.

The governor of Tehran province added that two IRGC divisions will also be on stand-by to help if their presence is needed to restore security in the province.

Iran's president Ebrahim Raisi addressed the UN General Assembly saying his country wants a resumption of nuclear talks with world powers to lead to the removal of US sanctions. END_OF_DOCUMENT_TOKEN_TO_BE_REPLACED

President Joe Biden told the UN General Assembly on September 21 that he will prevent Iran from getting nuclear weapons. END_OF_DOCUMENT_TOKEN_TO_BE_REPLACED

India has seized nearly three tons or $2.72 billion worth of Afghan heorin shipped from Iran. END_OF_DOCUMENT_TOKEN_TO_BE_REPLACED

Iran's foreign ministry spokesman has said that nuclear talks with world powers will start in a few weeks but has not given a firm date. END_OF_DOCUMENT_TOKEN_TO_BE_REPLACED