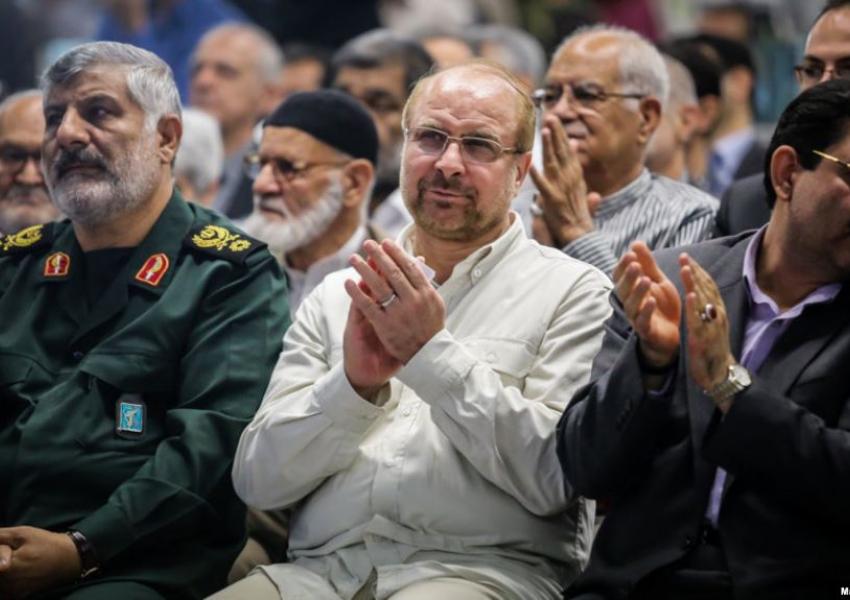 In a report presented to Tehran City Council on Sunday it was revealed that around $4 billion paid to entities belonging to the Revolutionary Guard have not been repaid to the city. The full report has not been published yet, but journalists and others have quoted or reported on some of its parts.

The report is the result of eighteen months of official investigation by the city administration’s economic council and covers a period when current parliament speaker Mohammad Bagher Ghalibaf was Tehran mayor.

The details on the contracts between the Ghalibaf administration and companies belonging to IRGC are not clear. What can be said in general is that the city council entered into contracts with several companies or entities belonging to the Revolutionary Guard famous for its economic empire in Iran, despite being a military force.

Apparently, the city council wanted to solve financial issues it faced and also aimed to develop properties and make money to help public finances. As a result, it concluded agreements with these entities, including Resa Tejarat, a large IRGC holding company involved in services and commerce. According to the contracts, the city was supposed to provide some money and properties to Resa Tejarat to complete profitable projects and then repay the city, including profits from various projects.

But the current mayor has charged that some building projects were over-priced by IRGC entities that used overblown numbers not to repay the city.

The investigative report to the city council says that around $4 billion dollars was never recouped from Yas Holding and its subsidiary, Resa Tejarat and others. Yas Holding belongs to IRGC’s Cooperative Foundation, one of its main financial arms.

Corruption allegations regarding the Ghalibaf city administration are not anything new. Since 2017, when reformists won in Tehran’s local elections and took over the city government, their new mayor Mohammad Ali Najafi and council members began to disclose missing funds and unaccounted for properties to the tune of $5 billion during Ghalibaf’s administration.

The allegations led to an order by Supreme Leader Ali Khamenei’s office for an investigation by military prosecutors. After more than two years, Ghalibaf’s former deputy Isa Sharifi was convicted and sentenced to 20 years. Both Ghalibaf and Sharifi were senior commanders in the Islamic Revolution Guard Corps, IRGC, before taking over the city council in 2005 and staying in power for 12 years.

One tweet says that $500 million in question is related to the property office of the city administration from 2015, which the IRGC entities were supposed to repay the city, but it disappeared from financial reports in 2016, one year before Ghalibaf was ousted by the new city council.

Ghalibaf who is a likely candidate in the June presidential elections, will have a tough time defending his record as mayor, tarnished by persistent corruption accusations. But on the other hand, he was able to get elected to parliament in February 2020 and become speaker in an election engineered to keep even loyal critics of the regime out.

City officials in Iran's capital Tehran are planning to put locks on large waste containers in the streets to prevent garbage pickers from accessing waste. END_OF_DOCUMENT_TOKEN_TO_BE_REPLACED

The Biden Administration has confirmed to the US Congress that sanction imposed by its predecessor on Iran have drastically reduced Iran's trade with the world. END_OF_DOCUMENT_TOKEN_TO_BE_REPLACED

The UK government said on Sept 20 that Britain would "not rest" until all its dual nationals being held in Iran were returned home. END_OF_DOCUMENT_TOKEN_TO_BE_REPLACED