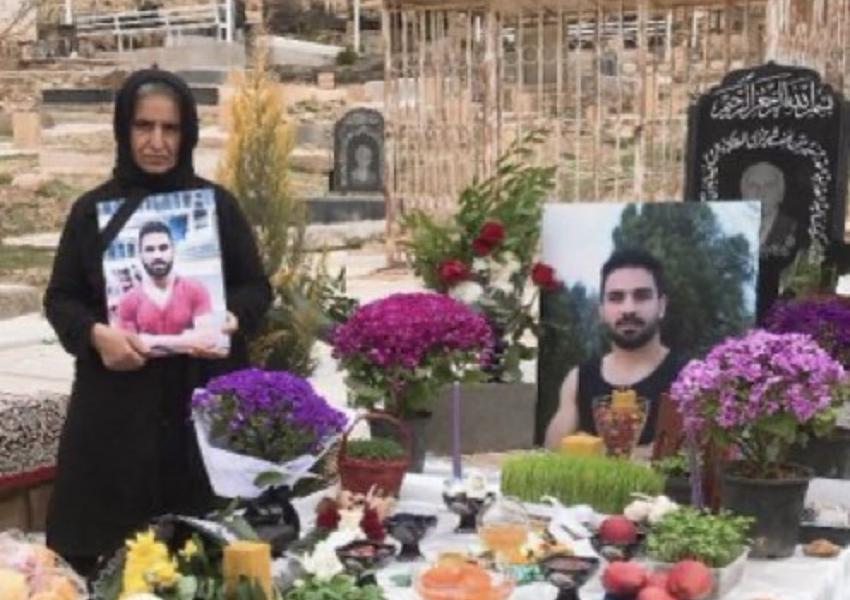 A group of 34 Iranian political prisoners have announced a hunger strike for three days beginning Sunday March 21 as the country celebrates the New Year, Noruz (Nowruz), in protest to "ruling despots" in Iran and against the killing of protesters, and execution of minority group members.

The prisoners also announced their solidarity with workers, teachers and pensioners who have been protesting for months about government treatment of their demands amid economic hardship and skyrocketing inflation.

Meanwhile, Iranian human rights organizations say the regime has executed at least 19 people since late February while at least 155 protest gatherings have taken place in Iran during the same period.

Human rights activists have also complained that many political prisoners have been sent to "exile" from prisons in Tehran to jails around the country. This is seen as a pressure tactic on both prisoners and their families for whom it would be much harder to visit their loved ones in jail.

Human rights activist Athena Daemi who was recently sent to a prison near Rasht has said that her life was threatened in jail by Intelligence Ministry agents who unlike Revolutionary Guard security forces are accountable to President Hassan Rouhani’s government.

They expressed regret that the minimum wage determined for workers for the next year is enough to feed one person for five days. Although a minimum wage increase was announced by the government right before the new year, it falls way short of inflation. An ordinary wage earner would still make less than $200 a month.

The prisoners also expressed appreciation for the “courage and resistance” of the people against the pressures exerted by government.

"We pay tribute to you for the ordeals you have been through and protest to the mortal violence you have experienced because of poverty you have experienced. We pay our respect to all the homeless people and those who live on the margins of society," The political prisoners said in their open letter.

They also expressed their outrage “against the murder of protesters in November 2019, the fuel carriers of Saravan who were shot dead in February by the IRGC and to the strangulation of ethnic and religious minorities."

The political prisoners paid special respects to activists Navid Afkari, Mostafa Salehi, Mohammad Salas and many others who were executed in revenge for their support of human rights in the past two years. The letter said they were murdered by a regime that maintains its security by suppressing protestors.

They also referred to prisoners such as Behnam Mahjoubi who died while in custody due to neglect by prison wardens. They said, "the doors of Iranian prisons are open to graveyards."

Meanwhile, the political prisoners branded Ira's rulers as "despots" and reminded the people that "Your courage makes us more determined to resist against “the oppressive regime.” The ordeals make us stronger in our pursuit of peace and freedom, they said.

The letter was originally signed by 28 political prisoners, who were joined Sunday by six more women prisoners. They concluded their letter renewing their “love for the people” and by wishing victory for Iranians in the new year.

City officials in Iran's capital Tehran are planning to put locks on large waste containers in the streets to prevent garbage pickers from accessing waste. END_OF_DOCUMENT_TOKEN_TO_BE_REPLACED

The Biden Administration has confirmed to the US Congress that sanction imposed by its predecessor on Iran have drastically reduced Iran's trade with the world. END_OF_DOCUMENT_TOKEN_TO_BE_REPLACED

The UK government said on Sept 20 that Britain would "not rest" until all its dual nationals being held in Iran were returned home. END_OF_DOCUMENT_TOKEN_TO_BE_REPLACED