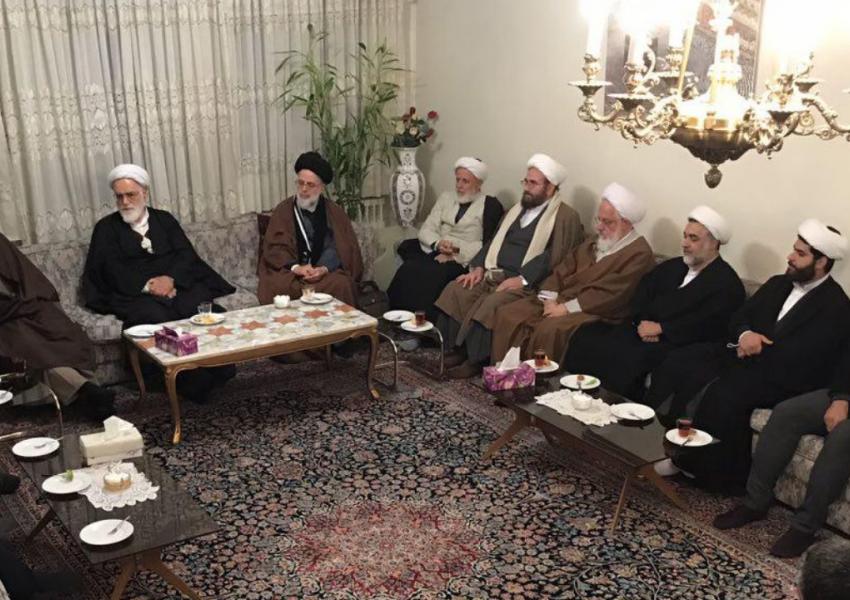 The Association of Seminary Researchers and Lecturers, a group of senior clerics and seminary lecturers in Qom, the Iranian Shiite religious center, condemned Thursday the rejection of key candidates for Iran’s June 18 presidential election by the election watchdog, the Guardian Council.

The clerics issued a statement in which they said the constitutional watchdog did not “recognize the principle of a republic and the people’s vote,” but rather “regards its own preferences and desires as superior to the people’s choice.” The election therefore would be “stage-managed…lackluster, devoid of competitiveness and with minimal voter turnout,” the statement concluded.

An opinion poll commissioned by Iran International in early May showed Raeesi running neck-and-neck with Ahmadinejad in the intentions of likely voters. The poll also suggested the election would have a low turnout.

The Qom clerics noted that while disqualifying current and former top officials would raise questions about the management of the country over the past two decades, it also suggested the Guardian Council was cooperating with “outside forces” to establish rule by a single faction.

The Guardian Council is tasked by the constitution with vetting candidates based on their loyalty to the Islamic Republic and other criteria. Six of its 12 members are appointed by Supreme Leader Ali Khamenei and six by parliament. The council is not required to give a public explanation of its decisions.

On Thursday, Khamenei defended the council’s rulings over candidates for the June 18 election, quashing expectations he would ask the council to reconsider, as had been suggested by President Hassan Rouhani, who is ineligible for a third consecutive term.

Joining the fray Thursday, the 89-year-old Mohammad-Javad Hojjati-Kermani, a cleric and old friend of Khamenei who has held several public offices, also issued a statement condemning the Guardian Council, arguing that its approved list of candidates would lead to public disappointment and indifference, which was already “very dangerous and getting more dangerous by the day.”

Hojjati-Kermani, who before the 1979 revolution was exiled along with Khamenei over activism against the Shah, told his former comrade in the statement that it would be better for the Supreme Leader just to appoint a president and so spare the public “empty campaign slogans and debates” and save the money spent holding an election.

City officials in Iran's capital Tehran are planning to put locks on large waste containers in the streets to prevent garbage pickers from accessing waste. END_OF_DOCUMENT_TOKEN_TO_BE_REPLACED

The Biden Administration has confirmed to the US Congress that sanction imposed by its predecessor on Iran have drastically reduced Iran's trade with the world. END_OF_DOCUMENT_TOKEN_TO_BE_REPLACED

The UK government said on Sept 20 that Britain would "not rest" until all its dual nationals being held in Iran were returned home. END_OF_DOCUMENT_TOKEN_TO_BE_REPLACED