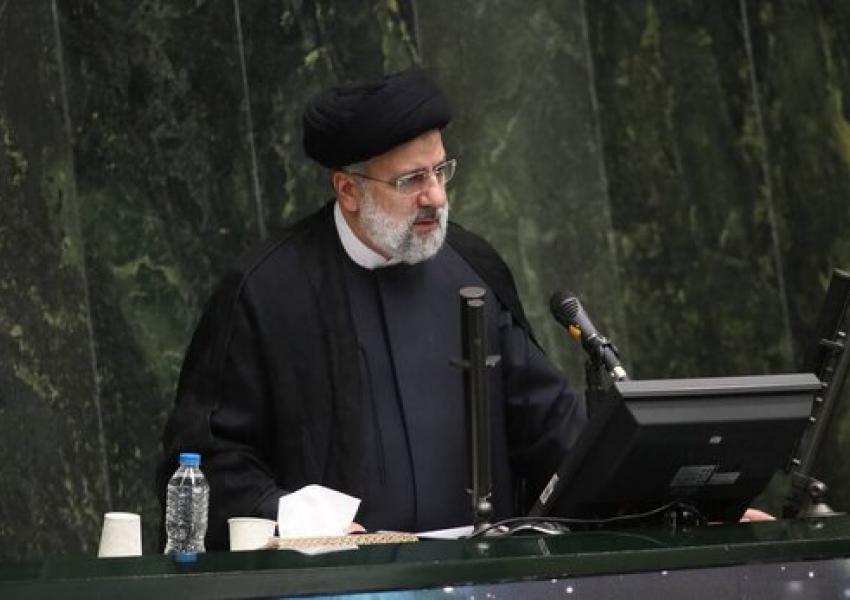 Parliament Speaker Mohammad-Bagher Ghalibaf (Qalibaf) rose to President Ebrahim Raisi's defense in the case of candidates proposed for key ministries at the parliament session Sunday morning and confirmed that ministers for those positions have already received the approval of Supreme Leader Ali Khamenei.

Ghalibaf made the declaration after Hossein Mirzaei a lawmaker from Esfahan, questioned the credentials of Raisi's candidate for the intelligence ministry, Esmail Khatib, and accused Raisi's supporters of lying to the Parliament about Khamenei's approval of Khatib.

Ghalibaf who told lawmakers that the proposed ministers were in fact approved by Khamenei argued that the leader is "personally responsible for defense, security and foreign policy matters" by virtue of Articles 110 and 176 of the Constitution of the Islamic Republic. "[Therefore], all governments in the past and now have requested his permission for [appointment] of some ministers." Ghalibaf added, "Mr Raisi has said that he requested the permission of the Leader for ministers in security-related areas such as the ministry of intelligence and the Leader granted it,"

Ghalibaf's public admission of Khamenei's veto power over the selection of key ministers is rare, although many former officials, analysts and journalists have said for years that the president in the Islamic Republic defers to the Supreme Leader on security issues and does not even control his own intelligence or interior ministers.

Khatib came under attack from former Ahmadinejad allies and members of the ultraconservative Paydari faction who wield huge influence in the parliament. The Paydari Front, a member of the Principlist (conservative) alliance, is now lead by Sadegh Mahsouli, a former Revolutionary Guard and minister of interior under Mahmoud Ahmadinejad.

The Paydari Front threw its weight behind Raisi in the presidential elections of June but has been accused of "demanding a share", including the post of intelligence, in return. Members of the party in recent days strongly criticized Raisi's choice and proposed their own candidate, Mahmoud Nabavian.

Supporters of former presidents, particularly the reformist Mohammad Khatami (1997-2005), hardliner Mahmoud Ahmadinejad (2005-2013), and moderate Hassan Rouhani (2013-2021) had always suggested some ministers, particularly the ministers of intelligence, foreign affairs and interior not being their own choices. Those intending to run for president, including Akbar Hashemi-Rafsanjani, Mahmoud Ahmadinejad, and Ali Larijani and their supporters, have also suggested that Khamenei rejected their request for approval to run in the elections.

Esmail Khatib, a long-time colleague of Raisi, served as the counter-intelligence chief of Iran's Judiciary including the two years of Raisi's tenure as chief justice, and as Iran's chief warden for several years. One of the lawmakers on Sunday also disclosed that Khatib had served for some time as the security head of Khamenei's office in recent years.

Iran's president Ebrahim Raisi addressed the UN General Assembly saying his country wants a resumption of nuclear talks with world powers to lead to the removal of US sanctions. END_OF_DOCUMENT_TOKEN_TO_BE_REPLACED

President Joe Biden told the UN General Assembly on September 21 that he will prevent Iran from getting nuclear weapons. END_OF_DOCUMENT_TOKEN_TO_BE_REPLACED

India has seized nearly three tons or $2.72 billion worth of Afghan heorin shipped from Iran. END_OF_DOCUMENT_TOKEN_TO_BE_REPLACED

Iran's foreign ministry spokesman has said that nuclear talks with world powers will start in a few weeks but has not given a firm date. END_OF_DOCUMENT_TOKEN_TO_BE_REPLACED

Shahin Naseri, a fellow prisoner who gave evidence in the murder trial of Navid Afkari that the wrestler had been beaten to secure a confession, is reported dead by other inmates.
4 hours 28 min ago