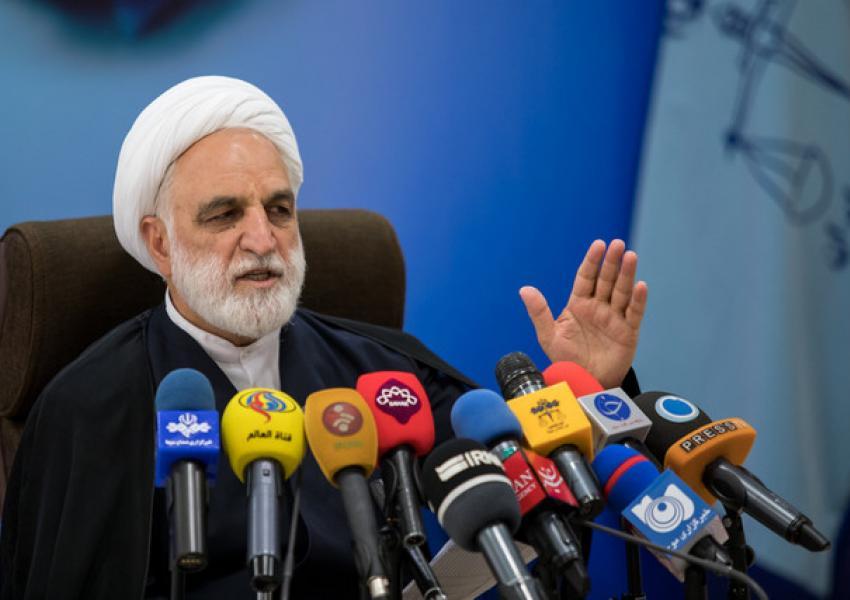 Iran's security forces arrested five lawyers and a civil rights activist Saturday evening. Some sources claim that the group was detained during a meeting on taking legal action against authorities for mismanagement of the pandemic and delay in mass vaccination. Apparently Judicial and security officials wanted to prevent them from filing a lawsuit.

Some activists in recent days have said that the delay in vaccination in Iran has caused the unlawful deaths of thousands of Iranians and called for the prosecution of those responsible. Iran hit another record high in Covid-19 deaths from Saturday to Sunday with 620 casualties in the fifth wave of the pandemic, the health ministry announced on Sunday. In recent days health and hospital officials have been warning of a total breakdown in the healthcare system.

One of the officials blamed for the situation is Mohammad Mokhber, director of the Execution of Imam Khomeini’s Order (EIKO0, a state entity that has developed CovIran Barakat, the only homegrown vaccine approved for emergency use in Iran. Newly elected President Ebrahim Raisi appointed Mokhber as first vice-president last week. Critics say by promising to make millions of vaccines, which have not been delivered, he has caused huge delays in the procurement of foreign vaccines and the vaccination program. Others hold Supreme Leader Ali Khamenei responsible for the current crisis. In January, Khamenei banned US and UK-made vaccines, the only internationally approved vaccines at the time.

Security forces arrested lawyers Arash Keykhosravi, Mostafa Nili, Mohammad-Reza Faghihi, and activists Mehdi Mahmoudian, Maryam Afra-Afraz, and Leila Heydari while holding a meeting and took them to an unknown location without offering a reason or citing charges, Human Rights News Agency (HRANA), the news website of a group of human rights activists in Iran, and other lawyers reported Sunday.

In Twitter posts Sunday, lawyers Saeed Dehghan and Ali Mojtahedzadeh suggested a possible connection between the arrests and the detainees' intention to file a lawsuit against the authorities for what Dehghan called the "Covid disaster". "Arrests before filing a lawsuit is an indication of an increasing fear of [people's] demand for justice," he wrote.

Vahid Herovabadi, a pro-Ahmadinejad cleric and activist, also suggested in a Twitter post that the arrests could be in connection with filing a lawsuit against Khamenei and the National Coronavirus Combat Taskforce over their alleged responsibility for the delay in mass vaccination of Iranians.

Meanwhile, in a video published on Telegram Saturday, former President Mahmoud Ahmadinejad claimed that an intelligence official has threatened that his political allies will be arrested. He claimed that the threat was related to his recent warnings to the regime about relations with the Taliban and revelations about a "corrupt group" in Iranian security forces.

Iran's president Ebrahim Raisi addressed the UN General Assembly saying his country wants a resumption of nuclear talks with world powers to lead to the removal of US sanctions. END_OF_DOCUMENT_TOKEN_TO_BE_REPLACED

President Joe Biden told the UN General Assembly on September 21 that he will prevent Iran from getting nuclear weapons. END_OF_DOCUMENT_TOKEN_TO_BE_REPLACED

India has seized nearly three tons or $2.72 billion worth of Afghan heorin shipped from Iran. END_OF_DOCUMENT_TOKEN_TO_BE_REPLACED

Iran's foreign ministry spokesman has said that nuclear talks with world powers will start in a few weeks but has not given a firm date. END_OF_DOCUMENT_TOKEN_TO_BE_REPLACED