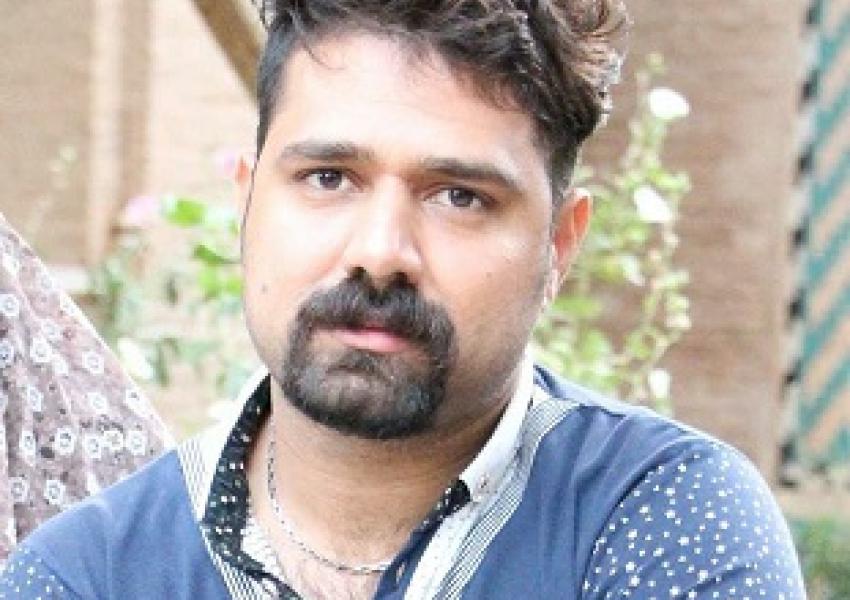 A young prisoner of conscience fighting for his life in a Tehran hospital was announced dead on Sunday amid charges of mistreatment in prison and being denied proper care by independent doctors in the hospital. Behnam Mahjoubi suffered from serious panic disorder and a host of other health issues which imprisonment aggravated.

According to Human Rights Activists News Agency (HRANA), the body of the 33-year-old Dervish who was serving a two-year sentence is to be sent to his hometown of Kerman. His mother, Batoul Hosseini in a video message has said that she will not allow her son's body to be buried before the cause of death is established by forensic examination.

An informed source on February 16 told Iran International TV that prison authorities deliberately put Mahjoubi's life in danger by refusing to allow him to be taken to hospital despite serious health issues including seizures and loss of speech. They claimed he had overdosed on his medication when they finally sent him to Loghman Hospital for treatment. Tehran Prisons General Department in a statement on Sunday said that Mahjoubi's stomach contained "several packages (capsules) containing a black powder" which are now being examined.

According to Mahjoubi's family and sources close to them, the family's trusted physician was denied access to him and his treatment at Loghman Hospital was completely under the control of doctors approved by security forces. Fellow Dervish Ebrahim Allah-Bakhshi in his tweets has said that the family did not trust the assigned physicians and wanted their own physician to take charge of the treatment.

Mahjoubi's mother and supporters including mothers of several young men killed by security forces in various protests in recent years spent long hours last week in front of the hospital waiting for permission to visit him which was granted to his mother and wife only a few times and for very short durations. Mahjoubi's mother said his hands and feet were cuffed to the bed when she saw him.

Many Iranians on social media are calling Mahjoubi’s death “a murder” by the government for mistreating and torturing him in prison, denying proper medical treatment and not allowing the family to provide independent doctors at the hospital to assess his condition.

Since Mahjoubi started serving his sentence, civil activists and other prisoners several times wrote letters to authorities about his circumstances and prison officals’ maltreatment of him. On Saturday nearly 100 political prisoners of Rajai Shahr and Tehran prisons published a letter in which they said prison authorities had kept Mahjoubi in prison despite serious medical conditions and endangered his life and demanded justice for him and "unconditional and immediate release" of all political prisoners and prisoners of conscience.

In a Twitter thread in late September Mahjoubi's wife, Saleheh Hosseini, alleged that the prison doctor kept her husband medicated with sleeping pills instead of his regular medication for panic disorder and also threatened to send him to a mental hospital if he did not abide by his orders. She has always maintained that regime officials were to be held responsible for her husband's life.

Mahjoubi and hundreds of others were arrested in April 2018 after protests in February of the same year by Gonabadi Dervishes around the Tehran home of their 90-year-old leader Noor Ali Tabandeh. Dervishes of the Gonabadi order are among religious groups seen as potential security threat by the Islamic Republic.

City officials in Iran's capital Tehran are planning to put locks on large waste containers in the streets to prevent garbage pickers from accessing waste. END_OF_DOCUMENT_TOKEN_TO_BE_REPLACED

The Biden Administration has confirmed to the US Congress that sanction imposed by its predecessor on Iran have drastically reduced Iran's trade with the world. END_OF_DOCUMENT_TOKEN_TO_BE_REPLACED

The UK government said on Sept 20 that Britain would "not rest" until all its dual nationals being held in Iran were returned home. END_OF_DOCUMENT_TOKEN_TO_BE_REPLACED