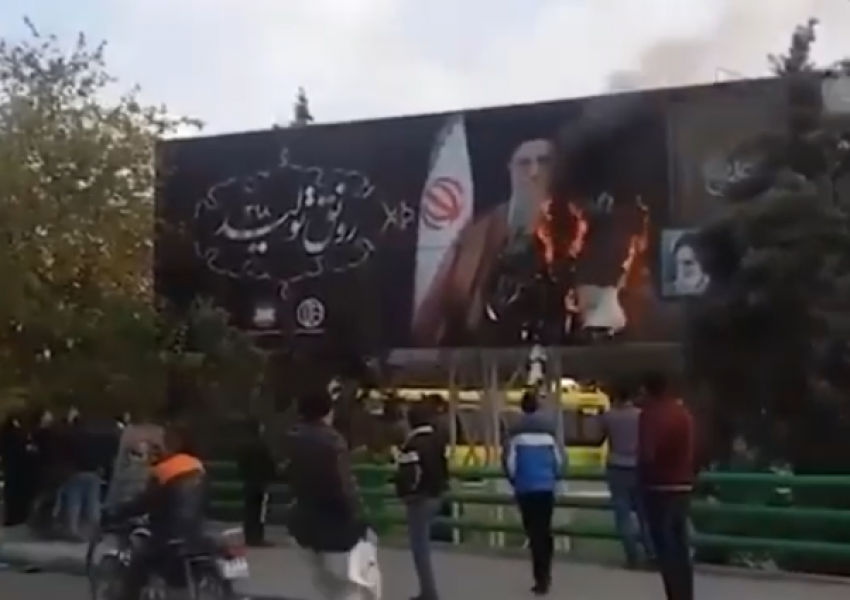 In totalitarian regimes, the ruling ideology has a major role in legitimation and turning political power into authority and, in so doing, a bond is contently formed between a significant part of the society and the political regime. These ideologies become dominant discourses and provide the necessary legitimacy for the continuation of the political regime and influence the core values of the lower strata using various mechanisms such as their exclusive control over the media and cultural and educational organizations.

The political Shiite Islam was the relatively widespread ideology that was successful in mobilizing a sizeable part of the society over two decades in order to legitimize and create the foundation of a dominant discourse and guarantee the survival of the Islamic Republic. By putting up elections shows where a controlled form of power is tossed around between fundamentalist and reformist parties, this ideological regime has tricked different parts of the society and opposition groups into hoping for a relative opening in the social space, which has guaranteed the survival of the regime in spite of several crises. In this way, the overlapping of the ideological and semi-elected characters of the regime has provided it with the possibility to continue its dominance and exercise legitimate power in the two decades proceeding the revolution.

Meanwhile, socio-political forces were constantly and extensively being formed and evolved in the shape of ethnic, student, labor, unionist and especially women’s movements. In addition, over the past two decades, with the development of communication technologies and the virtual world and especially the ever-increasing influence of different modes of modernity on the lower classes of the society and their beliefs and values, the traditionalist authoritarian ruling regime has faced bigger challenges.

Therefore, a cursory look at the protests in the past two decades demonstrates a slow but steady rise in the number of different protest movements among diverse classes of the society and their convergence and interwoven and chain-like development toward a general social movement show that the support for the dominant social ideology has waned; the main part of the regime’s supporters has lost its vehement belief in it and ultimately, the crisis of legitimacy of the political regime has become more acute. In the meantime, what cannot be denied are the impact of the political regime’s inefficiency, the widespread reproduction of its systematic corruption and the increasing disillusionment of different social classes in the course of the regime’s delegitimization.

It is essential to note that, temporally speaking, the outright rejection of the regime goes back to 1979 when the Kurds disputed the totality of the Islamic Republic in the referendum. Two decades later, the legitimizing ideology of the regime was slowly challenged and as myths of power gradually disintegrated, it has become a norm among different classes of the society to blatantly defy the ruling principles of the political regime and its dominant discourses.

The first wave of these protests was the students’ movement in June 1999 in support of the effort of a part of the society’s elite, i.e the reformists, to initiate a new discourse. Following this, the rash and violent crackdown of other more general protest movements during the second and third waves of protests- the second wave in June 2009 and the third in January 2017, August 2018 and November 2019-and especially the short lapse between these waves of protests signal that the Iranian society is changing and stepping into a new phase.

The regime’s violent reaction to the protests over the cheating in the 2009 general elections results and the even more brutal crackdown of the third wave of protests in November 2019 are signs that the Islamic Republic, which was previously facing a crisis of legitimacy, is now entering a deeper crisis, that of sovereignty.

At this stage of the crisis, because the legitimizing symbols of power are falling apart, the political regime has lost the ability to turn this power into authority (legitimate power). Ideology and the dominant discourse have lost their function and credit to bridge legitimacy between the people and the political regime. Therefore, as a result of this rift and because power essentially belongs to people and is merely lent to rulers as a loan, the regime no longer has the legitimacy to exercise political power in ruling the country. To put it in simple terms, people have the right and rulers are responsible to provide common good and satisfaction; this fact is reversely interpreted by the Islamic Republic.

Therefore, obviously, ever since the second wave of the protests, the kinds of demands, on the one hand, and the ultra-violent reaction in the form of killing and arresting the protesters, on the other, show that the ideological ruling regime no longer has the power or the qualification to exercise political power through legal channels in order to manage the country. Therefore, wary of the existence of such a rift, the regime decided to use violence to suppress and kill people.

From another point of view, it is essential to remark that since the second wave of the protests (June 2009), when the disintegration of its authority became undeniable, the regime allowed for the military forces, especially the Revolutionary Guard to grow and have more political, military and economic power; this policy was put more extensively into practice during Mahmoud Ahmadinejad’s presidency. Nowadays, it is generally known that the Revolutionary Guard, an organization with exclusive control over nearly every other force and the main agent in creating and recreating systematic and growing corruption, was in charge of managing and executing violence in severely crushing the protests.

Therefore, looking at the whole picture, it is easy to understand how the ideological ruling regime is dealing with the popular protests: a regime has entered a phase of destruction due to the lack of legitimizing support from its people and sets to use violence to crush and kill citizens; violence has become a common and essential practice for the persistence of the regime. A clear example of this practice was witnessed in the way the regime responded to the protests in November 2019.

Needless to say, the maintenance and persistence of a political regime that is drowning in the crises of legitimacy and sovereignty come at a price. Besides, crushing the protests exacerbates the rift between the people and the political regime and will cause the consecutive creation and recreation of more crises.

Therefore, in the middle of these two deep and vast crises, the authoritative ruling regime is entangled in a vicious cycle of generating crises and sooner or later it will realize that suppressing and killing cannot guarantee its survival.

City officials in Iran's capital Tehran are planning to put locks on large waste containers in the streets to prevent garbage pickers from accessing waste. END_OF_DOCUMENT_TOKEN_TO_BE_REPLACED

The Biden Administration has confirmed to the US Congress that sanction imposed by its predecessor on Iran have drastically reduced Iran's trade with the world. END_OF_DOCUMENT_TOKEN_TO_BE_REPLACED

The UK government said on Sept 20 that Britain would "not rest" until all its dual nationals being held in Iran were returned home. END_OF_DOCUMENT_TOKEN_TO_BE_REPLACED