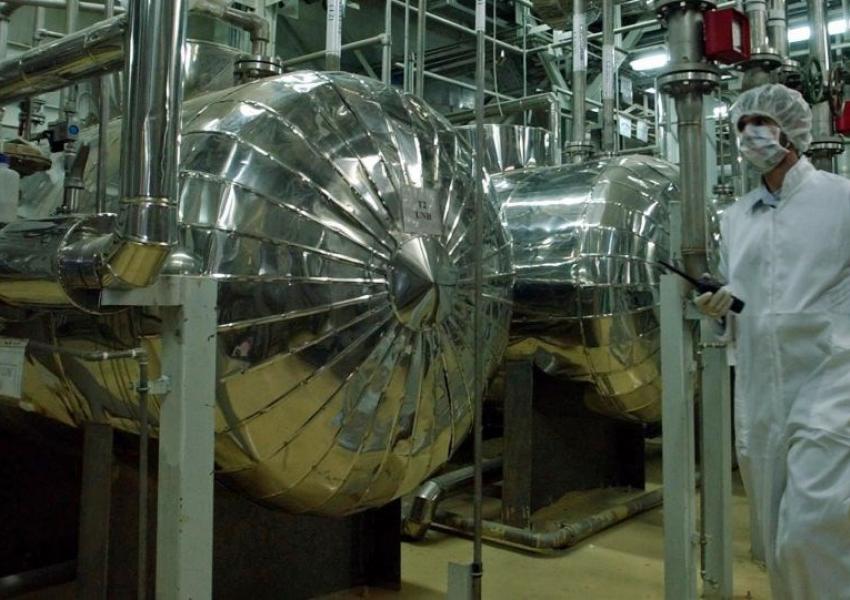 By The Conversation, via Reuters

The likelihood of Iran imminently developing a nuclear arsenal has been the subject of a great deal of speculation recently after Israeli defence minister, Benny Gantz, told the UN Security Council on August 4 that “Iran … is only around ten weeks away from acquiring weapons-grade materials necessary for a nuclear weapon”.

“Now is the time for deeds – words are not enough,” he said, adding: “The Iranian regime is threatening us and sparking a regional arms race.”

Gantz’s is not the first such warning about the imminent prospect of an Iranian nuclear capability. Antony Blinken, in his first official interview as US secretary of state in February 2021, claimed that Iran was “months” away from building a nuclear bomb. He forecast that if all the restraints of the nuclear deal were abandoned, it could have enough fissile material “within weeks”.

Paradoxically, the political aims that prompted Blinken’s stark warning were exactly the opposite of those of the Israeli government’s recent statement. The current warnings from the Israeli government are designed to put an end to nuclear negotiations. Iran itself appears to be overstating its stockpiles of fissile materials in order to pressure the US.

For the incoming Biden administration, the potential for Iran to acquire nuclear weapons constituted one of the key issues in the geopolitics of the Middle East. Improving relations with Iran was an important foreign policy goal on Biden’s election platform. In this context, to find a path to return to the “nuclear deal” (JCPOA) with Iran has been an important priority.

For the Biden administration, the only path to effectively prevent an Iranian nuclear bomb is a return to an enhanced nuclear agreement with Iran. The Iranian government tried to set conditions for a return to negotiations, such as the lifting of sanctions. The Biden administration, however, not only refused to relax the Trump policy of “maximum pressure”, but launched airstrikes against Iranian militias in Syria.

Negotiations involving the signatories of the original nuclear deal (the Joint Comprehensive Plan of Action, or JCPOA) were conducted in Vienna and, in six rounds of negotiations, a great deal of progress was made, resulting in four different texts involving 1,520 pages of agreement.

But negotiations have stalled after Raisi’s election in June 2021. Iran has since reported further departures from the agreement. Talks are now stalled as Iran insists on guarantees that the US will not abandon the agreement in future.

But how valid are the concerns about Iran’s progress in nuclear technology? There is no evidence that Iran has enriched material to the point of 90% – the level needed for nuclear explosive devices. Independent analysts believe that Iran is not in a crash programme to develop nukes and that, thus far, the enrichment has been a pressure tool for political and economic concessions.

That may be changing, however. According to the IAEA Iran has 62.8 kilograms of uranium enriched to 20% purity and 2.4 kilograms enriched to 63% purity. But there are many other steps in constructing a nuclear device beyond accumulating fissile material.

Iran has indicated that it may build a plant to forge uranium into metal, something that would be needed to build a core for a weapon. Deploying the nuclear fuel in a weapon presents technical challenges, many of which Iran isn’t believed to have mastered. Detonating the weapon requires a fission reaction. The nuclear payload must be attached to a missile, and the payload must be able to withstand reentry through Earth’s atmosphere as it descends to its target.

The recent warnings are nothing new. In 2015, before the implementation of the JCPOA, a Wisconsin Project on Nuclear Arms Control report by directors, Valerie Lincy and Gary Milhollin, used IAEA data to claim that Iran could produce enough highly enriched uranium (HEU) for a nuclear warhead within 1.7 months. It is possible that Iran’s goal is to maintain a state of “nuclear latency”, which means having a capability without fully developing it to the point of assembling nuclear warheads. This is what former CIA chief Leon Panetta has argued.

Full nuclear status would in principle give Iran a significant deterrent against attack, but could have undesirable consequences. Leaving the Nuclear Nonproliferation Treaty (NPT) would also curtail the existing nuclear cooperation with Russia on which Iran relies for its Bushehr power plant because Russia would otherwise violate the NPT.

Iran is involved in military conflict with at least two nuclear powers (Israel and the US) in Iraq, Syria, Lebanon, Gaza and at sea. But it limits escalation by relying on proxies and avoiding over confrontation with its adversaries. While the US has been involved both on the side of Israel and Saudi Arabia in regional conflicts, Iran’s acquisition of nuclear weapons could have the consequence of reducing the restraints on the side of it’s adversaries, in particular Israel and the US.

Also, it could set up a spiral of escalation if regional players such as Egypt and Saudi Arabia no longer believe they can rely on an extended deterrence from the US and decide to develop their own nuclear arsenals.

A status of nuclear ambiguity based on a latent capability gives Iran strategic advantages by both establishing coercive power while limiting the response. At the same time, it can be used to obtain economic and political concessions – which is what Iran seeks in the nuclear negotiations. The US is only prepared to go so far in its concessions to Iran but at the same time sees an agreement as the only effective means to constrain Iran’s nuclear programme. This is why a return to a modified JCPOA remains the most likely outcome in the near term.

Iran's president Ebrahim Raisi addressed the UN General Assembly saying his country wants a resumption of nuclear talks with world powers to lead to the removal of US sanctions. END_OF_DOCUMENT_TOKEN_TO_BE_REPLACED

President Joe Biden told the UN General Assembly on September 21 that he will prevent Iran from getting nuclear weapons. END_OF_DOCUMENT_TOKEN_TO_BE_REPLACED

India has seized nearly three tons or $2.72 billion worth of Afghan heorin shipped from Iran. END_OF_DOCUMENT_TOKEN_TO_BE_REPLACED

Iran's foreign ministry spokesman has said that nuclear talks with world powers will start in a few weeks but has not given a firm date. END_OF_DOCUMENT_TOKEN_TO_BE_REPLACED