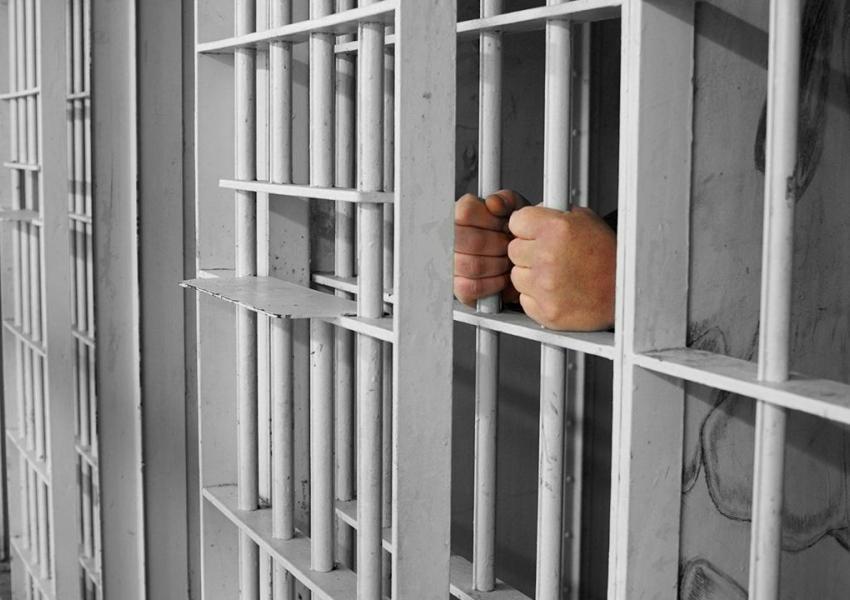 Torture in the Islamic Republic; A Common and Systematic Practice

He takes off his shoes and socks and places the sole of his feet on the table facing the delegates at the United Nations General Assembly. He is the head of the government, their revolution has just succeeded and this is the first time he appears in the UN. He says: “I was held for two years in Shah’s prisons; I was a prisoner of the United States and Carter’s. After four years, the marks of the tortures I underwent are still visible on my body.”

This is what happened in the UN in October 1980 when Mohammad Ali Rajai, the prime minister in Bani Sader’s government, put on display the marks of the torture he had suffered at the hands of Pahlavi’s brutal secret police force, the SAVAK. A year before then, in October of 1979, Ayatollah Montazeri and Ayatollah Beheshti had vehemently defied Ayatollah Meshkini’s proposal that torture can be applied, albeit to a limited degree and under certain circumstances; thus torture was outlawed in the Islamic Republic of Iran.

Presently, after forty years of Islamic Republic, Iran is one of the countries where not only is torture commonplace, but Iran’s intelligence services torture people who are wrongly detained so as to obtain a confession from them. Suspects confess to all the crimes dictated to them by their interrogators, only to make the torture stop, even if their confession can lead to their execution.

It should be noted that the use of torture is not exclusive to prisoners detained on political and security charges; it is also used against ordinary criminals. As scary as the Ministry of Intelligence and the Intelligence Organization of the Islamic Revolutionary Guard Corps (IRGC) are to political and security detainees, so is the Iranian Police Criminal Investigation Department famous among ordinary criminals as a sinister public torture house.

The Definition and History of Torture

According to the first article of the UN Convention against Torture, which was adopted in 1984, torture consists of “any act by which severe pain or suffering, whether physical or mental, is intentionally inflicted on a person for such purposes as obtaining from him or third person information or a confession.”

Torture is also the term used to refer to “intimidating or coercing [someone] or a third person, for any reason based on discrimination of any kind, when such pain or suffering is inflicted by or at the instigation of or with the consent or acquiescence of a public official or other person acting in an official capacity. It does not include pain or suffering arising only from, inherent in or incidental to lawful sanctions.”

Ever since antiquity, mankind has employed torture to punish, obtain a confession, threaten and terrorize others and in some societies it is still used against citizens either by their governments or fellow citizens.

In certain eras of history, the culture of torture was so deeply ingrained that it was an indispensable part of the judicial system. Take, for instance, the ancient Roman republic, where the testimony of slaves was only admitted in the court if it had been taken under torture.

Aristotle, Mary Magdalene, and Jesus Christ are said to have been tortured and in human history, many scientists and philosophers such as Galileo and Francis Bacon, were also victims of government torture.

History of Torture in Iran

Torture has always been an indispensable part of Iranian ruling system: feudal lords flogged and bastinadoed serfs to intimidate other serfs; Agha Mohammad Khan ordered the rape and torture of Lotf Ali Khan Zand, who in his turn, had tortured and castrated him many years before that; Azerbaijani villagers had their ears and noses cut off and were expelled from their villages during the Royal Army’s assault on Azerbaijan Democratic Party; and the SAVAK has a history of using the most severe tortures against prisoners.

In the past one hundred years, torture has been systematically used by the Pahlavi regime’s SAVAK (secret police services) and the Intelligence Ministry of the Islamic republic. Some of the interrogators of the 8th directorate (counterintelligence) of SAVAK, such as Fereidoon Tavangari, Bahman Naderi Pour, Manoochehr Vazife Khah, Reza Attar Pour Mojarrad, Mohammad Hassan Nasseri, Homayoun Kaviyani Dehkordi and Hooshang Azghandi, who were responsible for administering internal security and were later arrested and tried in revolutionary courts, confessed to systematic torture of prisoners.

Article 38 of the constitution of the Islamic Republic of Iran states: “[a]ll forms of torture for the purpose of extracting a confession or acquiring information are forbidden. The compulsion of individuals to testify, confess, or take an oath is not permissible; and any testimony, confession, or oath obtained under duress is devoid of value and credence. Violation of this article is liable to punishment in accordance with the law” and the Islamic Penal Code has also outlawed torture and article 169 states “[a] confession which is taken under coercion, force, torture or mental or physical abuses, shall not be given any validity and weight and the court is obliged to interrogate the accused again.” But the history of the intelligence service of Iran is rife with cases where the accused confessed under torture and the judge, despite being aware of this fact, passed the verdict based on the very coerced confession.

Torture in the Islamic Republic

Nearly 40 years have passed since the day the prime minister of Iran showed his feet to the world in the United Nations to declare that the Shah’s regime was responsible for his torture; 40 years after the highest deliberative body in the new regime, i.e the Assembly of Experts, vehemently outlawed torture, the Islamic Republic is among the top countries who torture their citizens.

Maziar Ebrahimi is an innocent man who claims to have been tortured to the point he begged the interrogator to let him sign his report of false confessions. He and, as he claims, more than 100 other people who were tortured on false accounts of assassinating Iran’s nuclear scientists are perhaps among the very few innocent people who managed to survive as a result of rifts between the two security organs of the Ministry of Intelligence and the Intelligence Organization of the Islamic Revolutionary Guard Corps. Yet, there are countless innocent people who confess to uncommitted crimes only to make the torture stop and were consequently executed.

The latest case where torture hit the news was when Esmail Bakhshi, the labor rights activist and the spokesman for the independent trade union of the Haft Tapeh Sugar Cane industrial complex and Sepideh Gholyan the civil rights and media activist, who was reporting on the Haft Tappeh workers’ protests, were detained along with a few other workers from Haft Tappe in November 2018.

On January 4, 2019, in an Instagram post, Esmail Bakhshi confirmed his torture in prison and invited Seyed Mahmood Alavi, Iran’s minister of intelligence, to a TV debate on the issue of torture in Iran’s prisons. Three days after this post, his attorney, Farzaneh Zilabi, announced that Bakhshi had come under intense pressure to deny his claim.

In a time when scientific fields such as criminology have become increasingly specialized, both intelligence organs and the Criminal Investigation Department employ interrogators with Islamic ideology who lack education and have minimal understanding of specialized interrogation and, in their turn, judges turn a blind eye when an accused is tortured. All this has led to interrogators using the easiest way to close a case, which is physical and mental torture of the accused and in the majority of cases, the accused confess to crimes they have not committed. Therefore, it is safe to say that torture is not a “rogue” interrogator’s power abuse, rather it has become a systematic practice in the security and intelligence services of the country.

City officials in Iran's capital Tehran are planning to put locks on large waste containers in the streets to prevent garbage pickers from accessing waste. END_OF_DOCUMENT_TOKEN_TO_BE_REPLACED

The Biden Administration has confirmed to the US Congress that sanction imposed by its predecessor on Iran have drastically reduced Iran's trade with the world. END_OF_DOCUMENT_TOKEN_TO_BE_REPLACED

The UK government said on Sept 20 that Britain would "not rest" until all its dual nationals being held in Iran were returned home. END_OF_DOCUMENT_TOKEN_TO_BE_REPLACED