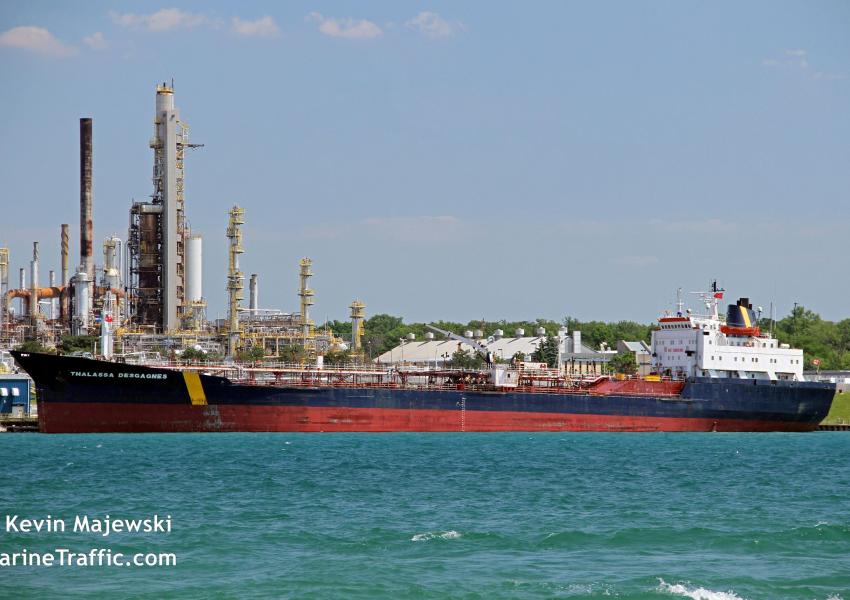 Updated - The United Kingdom Maritime Trade Operations (UKMTO), the Royal Navy information service for shipping, reported Wednesday that a potential hijack incident off the coast of the United Arab Emirates was “complete,” suggesting boarders had left the tanker Asphalt Princess, which had been seized Tuesday according to various reports.

Reuters news agency reported Tuesday three “maritime security forces” claiming that “Iranian-backed forces” had seized an oil tanker off the UAE. Two identified the ship as the Panama-registered asphalt/bitumen tanker Asphalt Princess, which the London Times had reported hijacked. The vessel is owned by Prime Tankers, according to Aurora Intel.

The Times Tuesday cited “British sources” saying they were “working on the assumption that Iranian military or proxies boarded the vessel.” The British foreign ministry said it was “urgently investigating” an incident on a vessel off the UAE coast.

UKMTO had earlier on its website reported a “potential hijack” and advised ships to exercise extreme caution due to the incident, around 60 nautical miles east of Fujairah, one of the emirates. This would place the vessel in the Gulf of Oman, east of the Straits of Hormuz, through which around a fifth of the world’s seaborne oil passes.

The Iranian foreign ministry spokesman Saeed Khatibzadeh, in a statement posted on Telegram, said Iran was “ready to deliver help and to provide a close investigation of the matter.” He said that recent incidents with shipping in the Gulf of Oman and the Persian Gulf were “very suspicious.” Iran's senior armed forces spokesman, Abolfazl Shekarchi, Tuesday criticized "a kind of psychological warfare…setting the stage for new bouts of adventurism.”

Tensions in the region rose last week with an apparent drone attack off the Omani coast on the Mercer Street, a Japanese-owned, Liberian-flagged, Israeli-managed tanker in which two crew died. Israel and the United States both blamed Iran, which denied any responsibility. Washington and London said on Sunday they would consult with allies on how best to respond.

On Monday, Britain summoned Iran’s ambassador over what the British government described as an “unlawful attack,” and Prime Minister Boris Johnson said Iran would “face the consequences of….[an] unacceptable and outrageous attack on commercial shipping.”

Talks between Iran and world powers aimed at reviving Tehran’s 2015 nuclear agreement are currently on hold pending a new negotiation team being assembled by President-elect Ebrahim Raisi (Raeesi), who formally takes office Thursday. American and Iranian positions apparently remain well apart, with Washington refusing to lift sanctions that Iran argues are incompatible with the professed desire of the Biden administration to return to the agreement, the JCPOA (Joint Comprehensive Plan of Action).

Israel, which opposed the JCPOA and supported President Donald Trump in leaving the agreement and imposing ‘maximum pressure’ sanctions on Iran, is widely believed to have been behind last November’s killing of Iranian scientist Mohsen Fakhrizadeh as well as attacks on Iranian nuclear sites, including one on Natanz in April that prompted Tehran to increase its level of enrichment to 60 percent, well in excess of the JCPOA 3.67-percent limit. In recent months, Iran and Israel have traded accusations of attacking each other's shipping.

Tensions at sea have been evident. Refinitiv, which tracks shipping, reported Tuesday that at least five vessels in the area of the Persian Gulf and Sea of Oman had updated their status to “not under command,” a status generally indicating a ship in exceptional circumstances.

Iran's president Ebrahim Raisi addressed the UN General Assembly saying his country wants a resumption of nuclear talks with world powers to lead to the removal of US sanctions. END_OF_DOCUMENT_TOKEN_TO_BE_REPLACED

President Joe Biden told the UN General Assembly on September 21 that he will prevent Iran from getting nuclear weapons. END_OF_DOCUMENT_TOKEN_TO_BE_REPLACED

India has seized nearly three tons or $2.72 billion worth of Afghan heorin shipped from Iran. END_OF_DOCUMENT_TOKEN_TO_BE_REPLACED

Iran's foreign ministry spokesman has said that nuclear talks with world powers will start in a few weeks but has not given a firm date. END_OF_DOCUMENT_TOKEN_TO_BE_REPLACED