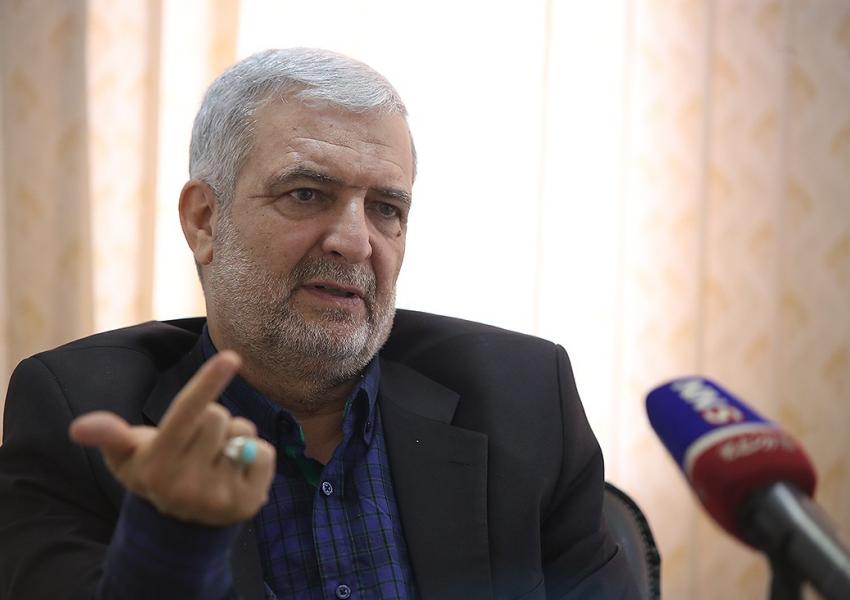 A former Iranian diplomat, Hassan Kazemi Qomi says Tehran intends to create a new regional security and cooperation order and strengthen its allies. In an interview with Etemad Online he said that this policy is based on collective security in the region with the participation of regional states, without the presence of the United States.

Explaining his take on the upcoming Iranian government's foreign policy, Kazemi said the new policy is based on friendship in the region as well as strengthening the "resistance front," the Islamic Republic's jargon for an alliance of anti-American forces.

While Iran has always spoken of collective security, it has invested billion of dollars to create a large regional network of proxies and allies, driving Saudi Arabia, the United Arab Emirates, Bahrain and others to react with concern.

Kazemi, who was ambassador to Iraq from 2005 to 2010, clearly ruled out signing a new agreement with the United States beyond the JCPOA. He also ruled out the idea of accepting the financial reforms mandated by the inter-governmental Financial Action Task Force (FATF} against money laundering and funding terrorism.

Pressed by the reporter on how he proposed to lift US sanctions and rescue the hard-pressed Iranian economy, Kazemi repeated what hardliners have always said about self-reliance and barter trade.

Kazemi, who is close to the office of Supreme Leader Ali Khamenei and the Revolutionary Guards (IRGC) as well as a keen supporter of President-elect Ebrahim Raisi, said the presence of foreign forces in the region, particularly the “interventions” by US forces in regional countries has led to tensions and insecurity.

He repeated past Iranian accusations that the emergence of Takfiri forces such as the Islamic State group in the region was also an outcome of the US presence in the region.

Adding that Iran's new foreign policy priority under president Raisi is boosting ties with regional states, Kazemi said in the 82-minute-long interview that Tehran will attach special priority to improving its ties with Saudi Arabia as the most important regional state.

Referring to three rounds of talks between Iran and Saudi diplomats, Kazemi said that Riyadh is primarily interested in solving the problem of Yemen after five years of conflict that has threatened Saudi Arabia's security. He stressed that the Yemeni crisis has a political rather than military solution.

Asked if the improvement of ties with Riyadh is linked to the negotiations over reviving the 2015 nuclear deal (JCPOA), Kazemi said the two matters are two separate issues. "Iran has said that it will not include its regional ties in the negotiations over the nuclear issue. Including it in negotiation over a new [nuclear] deal means imposing something on Iran the US has failed to gain through other means. Naturally, the Islamic Republic should not accept that."

Boasting about the power of the Islamic Republic, Kazemi said the US and its allies never needed a pretext to impose a war on Iran, but what deterred them was Iran's power.

Two parts of the video was muted by Etemad Online, with a caption that said, "this part was not fit for publication."

Iran's president Ebrahim Raisi addressed the UN General Assembly saying his country wants a resumption of nuclear talks with world powers to lead to the removal of US sanctions. END_OF_DOCUMENT_TOKEN_TO_BE_REPLACED

President Joe Biden told the UN General Assembly on September 21 that he will prevent Iran from getting nuclear weapons. END_OF_DOCUMENT_TOKEN_TO_BE_REPLACED

India has seized nearly three tons or $2.72 billion worth of Afghan heorin shipped from Iran. END_OF_DOCUMENT_TOKEN_TO_BE_REPLACED

Iran's foreign ministry spokesman has said that nuclear talks with world powers will start in a few weeks but has not given a firm date. END_OF_DOCUMENT_TOKEN_TO_BE_REPLACED