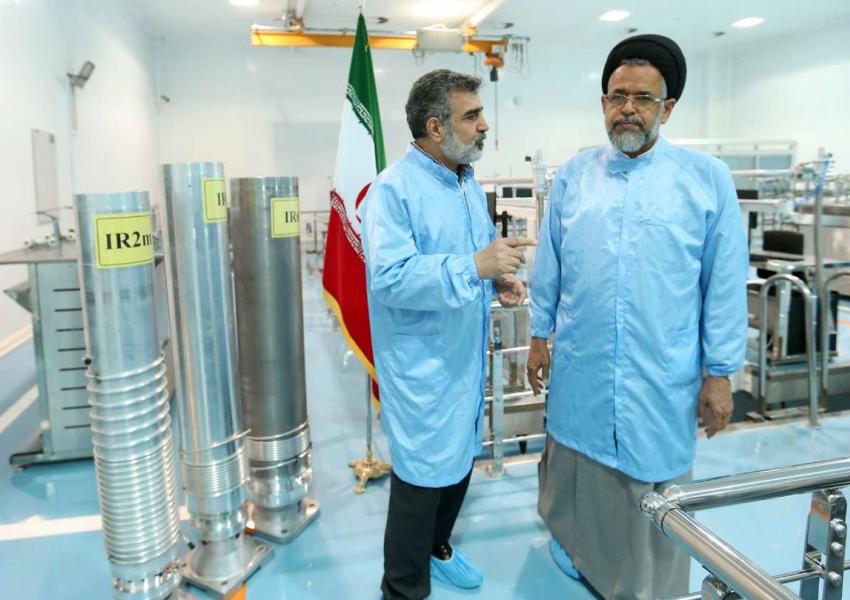 In a worst-case scenario, the Islamic Republic of Iran has produced enough weapons-grade uranium to produce one nuclear weapon in as little as one month, a non-proliferation thin tank, Institute for Science and International Security (ISIS) said in a report released on September 13.

ISIS based it estimate on a report by the International Atomic Energy Agency (IAEA) on September 7 that listed the amount of enriched uranium Iran has stockpiled since 2019 after it disregarded limits set by the Joint Comprehensive Plan of Action (JCPOA), or the 2015 Iran nuclear deal. Iran’s decision was a retaliation against US sanctions, when the Trump administration pulled out of the agreement in May 2018.

To produce a second nuclear bomb, Tehran would need just three months. IAEA’s estimate is that as of August 30, Iran produced 10 kilograms of near 60 percent enriched uranium, while it would need 40 kilograms to make one bomb. It takes longer to purify uranium to 60 percent than to achieve 90 percent enrichment needed for a nuclear weapon.

ISIS says in its report says that Iran is learning shortcuts in its uranium enrichment process by directly enriching from low levels (below 5%) to 60 percent in one cascade of centrifuges, instead of first enriching to 20 percent and then increasing purity to 60 percent.

In the meantime, Iran has also increased its stockpile of 20 percent enriched uranium to 84 kg, which it can continue to purify to 60 and then 90 percent. But what is also important is that Iran has been able to produce uranium metal which is essential in making a nuclear weapon.

An explosion, which was apparently a sabotage attack on its Natanz enrichment facility in April, slowed down operations, but the report says Iran has recovered the number of IR-1 and IR-2 centrifuges and the enrichment cycle has not suffered a permanent damage.

The estimate by ISIS is not about Iran producing a weapon in one month but its ability to produce sufficient fissile material to do so. Making a deliverable weapon needs a different set of skills and technology than enriching uranium. A rough comparison would be with producing gunpowder and making a rifle that can use it to fire a bullet at a target.

The Israeli Defense Forces have estimated that the process would take at least several months and potentially as long as one year. On the other hand, once a country has the fissile material for a bomb, it is a matter of time before it can master the know-how to make a weapon and fit it on a missile.

Meanwhile, Iran has limited IAEA’s monitoring access to its nuclear facilities that can prevent detection of diverting material from enrichment locations to other installations.

“Overall, the IAEA’s latest report shows Iran’s rapidly advancing nuclear activities and steps to limit IAEA monitoring, while inspectors have a diminishing ability to detect Iranian diversion of assets to undeclared facilities. The IAEA is sounding an alarm to the international community accordingly,” the ISIS report concluded.

Iran's president Ebrahim Raisi addressed the UN General Assembly saying his country wants a resumption of nuclear talks with world powers to lead to the removal of US sanctions. END_OF_DOCUMENT_TOKEN_TO_BE_REPLACED

President Joe Biden told the UN General Assembly on September 21 that he will prevent Iran from getting nuclear weapons. END_OF_DOCUMENT_TOKEN_TO_BE_REPLACED

India has seized nearly three tons or $2.72 billion worth of Afghan heorin shipped from Iran. END_OF_DOCUMENT_TOKEN_TO_BE_REPLACED

Iran's foreign ministry spokesman has said that nuclear talks with world powers will start in a few weeks but has not given a firm date. END_OF_DOCUMENT_TOKEN_TO_BE_REPLACED