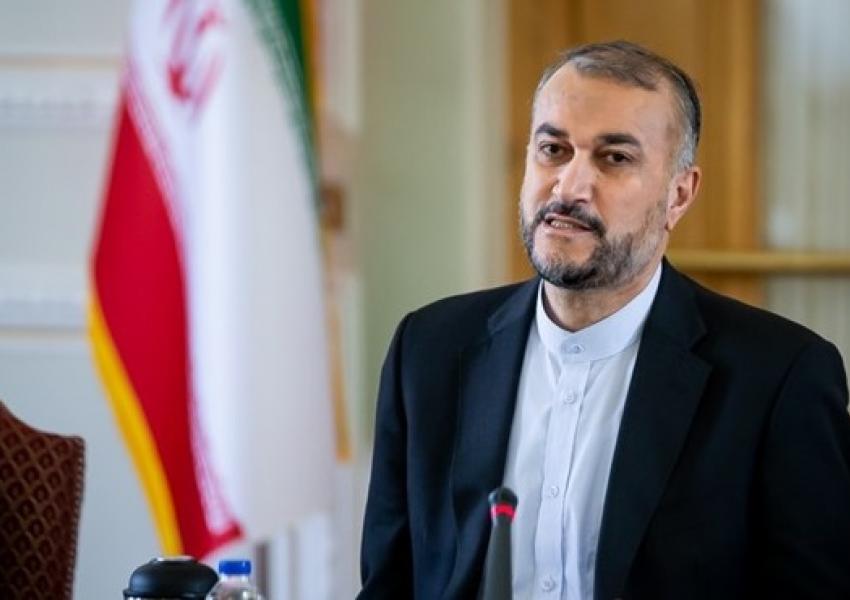 Amir-Abdollahian said the new administration of President Ebrahim Raisi (Raeesi) was weighing up a return to the talks but did not want to be “left hanging on.”

On the same day, Reuters reported that Amirabdollahian told reporters in New York Iran will return to negotiation "very soon."

Both the United States and Europe have been growing impatient over the delay as Iran gains greater experience in managing its nuclear program and expands its stocks of enriched uranium.

The Vienna negotiations, which began in April, have been suspended since June, pending firstly the Iranian presidential election and then the transition to a new government in Tehran. More than a month has passed since the formation of the new cabinet.

Raisi said during the election campaign he would back a return to the JCPOA, which the US left in 2018 before imposing ‘maximum pressure’ sanctions, but he drew political support from influential factions that are suspicious of the agreement or simply oppose it. Since 2019 Tehran has taken a series of steps expanding the nuclear program beyond JCPOA limits.

Fada-Hossein Maliki, a member of parliament’s Security and Foreign Policy Committee and a strong supporter of Amir-Abdollahian, said Thursday that the JCPOA was no longer “a priority for the nezam [the system, or regime].”

In New York earlier in the week, Amir-Abdollahian told Josep Borrell, the European Union foreign policy chief who has chaired formal sessions in Vienna, that the new government in Tehran was “still examining the nuclear-negotiations file” but would “not waste time” nor “keep the country waiting for empty promises” of which there was a “track record.”

It has been reported that in a series of bilateral meetings this week in New York on the side-lines of the United Nations General Assembly, Amir-Abdollahian gave no indication as to when Iran might return to talks or what approach it would take.

While Amir-Abdollahian is apparently taken a lead over the nuclear issues, many analysts expected Ali Bagheri-Kani, who replaced Abbas Araghchi as deputy foreign minister for political affairs, would also take over his role as Iran’s chief nuclear negotiator.

Amir-Abdollahian said earlier this month that preparations for resuming talks could take three months. Both German foreign minister Heiko Mass and US Secretary of State Antony Blinken have recently stressed that they would not wait indefinitely.

Russia – which along with China, and the ‘E3’ of France Germany and the UK is a JCPOA signatory – was seen by some analysts in playing a role in Iran’s agreement earlier this month with the International Atomic Energy Agency (IAEA) extending a temporary arrangement for inspections of Iran’s nuclear sites beyond those required under the Nuclear Non-Proliferation Treaty (NPT). Moscow and Bejing have called on both Iran and the US to respect the terms of the JCPOA.

Axios reported Wednesday discussions between American and Israel officials, including US National Security Advisor Jake Sullivan, over options should talks to revive the JCPOA fail.

Iran's currency has dropped to its lowest level in one year due to pessimism over the chances of success in nuclear talks with the West. END_OF_DOCUMENT_TOKEN_TO_BE_REPLACED

A French presidency official has told reporters that Iran must return to nuclear talks with world powers to avoid an escalation. END_OF_DOCUMENT_TOKEN_TO_BE_REPLACED

Iran has rejected a US call to grant UN inspectors access to a nuclear site, saying Washington was not qualified to demand inspections without condemning a sabotage attack on the facility END_OF_DOCUMENT_TOKEN_TO_BE_REPLACED

The head of Iran's atomic energy organization, Mohammad Eslami, has arrived in Moscow for talks with the chief executive of Russian state nuclear firm Rosatom. END_OF_DOCUMENT_TOKEN_TO_BE_REPLACED