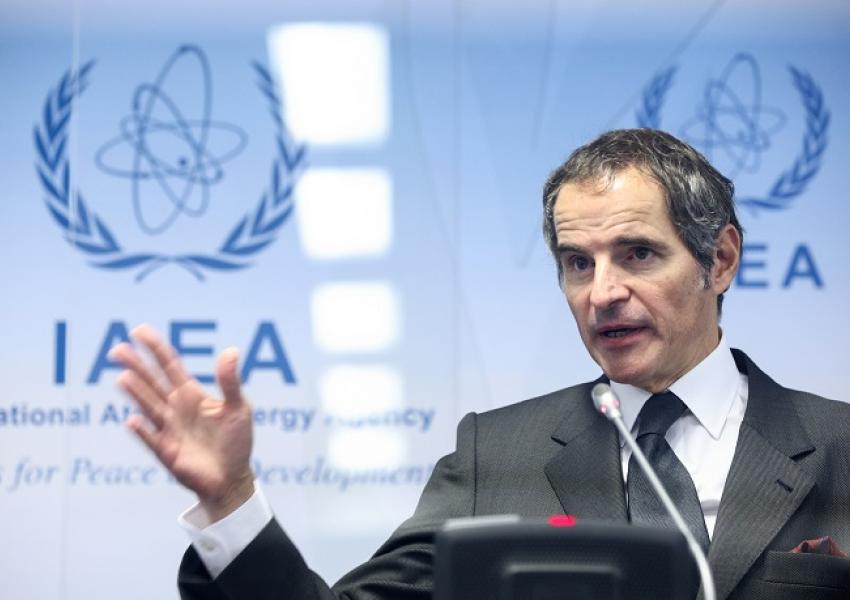 A week ahead of a board meeting of the International Atomic Energy Agency (IAEA), the agency in two reports has expressed continued disquiet over two aspects of Iran’s nuclear program − unexplained issues of past activities and Tehran’s current level of cooperation.

While the agency’s role is primarily technical in monitoring facilities of signatories to the Nuclear Non-Proliferation Treaty (NPT), its board is made up of member states, and the two reports from IAEA director-general Rafael Mariano Grossi come at a sensitive political time.

Talks between Iran and world powers in Vienna over reviving Iran’s 2015 nuclear agreement, the JCPOA (Joint Comprehensive Plan of Action) have not resumed since the Iranian presidential election in June.

One of the reports from the IAEA to member states says that the agency’s “confidence that it can maintain continuity over knowledge is declining over time.” Iran scaled back its cooperation with the IAEA earlier this year − in response to the killing of a nuclear scientist widely attributed to Israel − below that required both under the JCPOA and the Additional Protocol Tehran had been applying

This has restricted the agency’s ability to monitor accelerated steps in Iran’s nuclear program beyond JCPOA limits that it began in 2019 in response to the US leaving the JCPOA in 2018 and imposing ‘maximum pressure’ sanctions.

Crucially, Iran has enriched some uranium to 60 percent, well above the JCPOA limit of 3.67 percent and close to the 90 percent considered ‘weapons grade,’ and enlarged its stockpile of enriched uranium at lower levels.

In the second report, the agency reiterated long-standing concerns over unresolved issues of uranium traces at four sites relating to Iran’s past nuclear work, noting that Grossi was “increasingly concerned” over Tehran’s explanations.

The IAEA reports have raised speculation that either the US or European states might raise a resolution against Iran at the IAEA board – but some states hold Washington just as responsible, or even more responsible, than Tehran for the current nuclear impasse.

In February 2006, both Russia and China voted at the IAEA board to refer Iran to the UN security council over its nuclear program, but Moscow and Beijing have attributed the breakdown of JCPOA limits more to Washington and have called consistently for both Iran and the US to return to the agreement.

Fars News reported Tuesday that Iran’s IAEA ambassador Kazem Gharibabadi has already responded to Grossi’s reports by stressing that Iran’s nuclear program remained within its NPT obligations, and that other signatories had not respected their JCPOA commitments as the US imposed sanctions.

Gharibabadi, Fars said, had also stressed that the three-month inspections agreement Iran had reached with the IAEA in February was entirely voluntary on Tehran’s part and that the agency’s request for information “from two decades ago” was made at the suggestion of some IAEA member states and could compromise the agency’s neutrality.

Iran's president Ebrahim Raisi addressed the UN General Assembly saying his country wants a resumption of nuclear talks with world powers to lead to the removal of US sanctions. END_OF_DOCUMENT_TOKEN_TO_BE_REPLACED

President Joe Biden told the UN General Assembly on September 21 that he will prevent Iran from getting nuclear weapons. END_OF_DOCUMENT_TOKEN_TO_BE_REPLACED

India has seized nearly three tons or $2.72 billion worth of Afghan heorin shipped from Iran. END_OF_DOCUMENT_TOKEN_TO_BE_REPLACED

Iran's foreign ministry spokesman has said that nuclear talks with world powers will start in a few weeks but has not given a firm date. END_OF_DOCUMENT_TOKEN_TO_BE_REPLACED